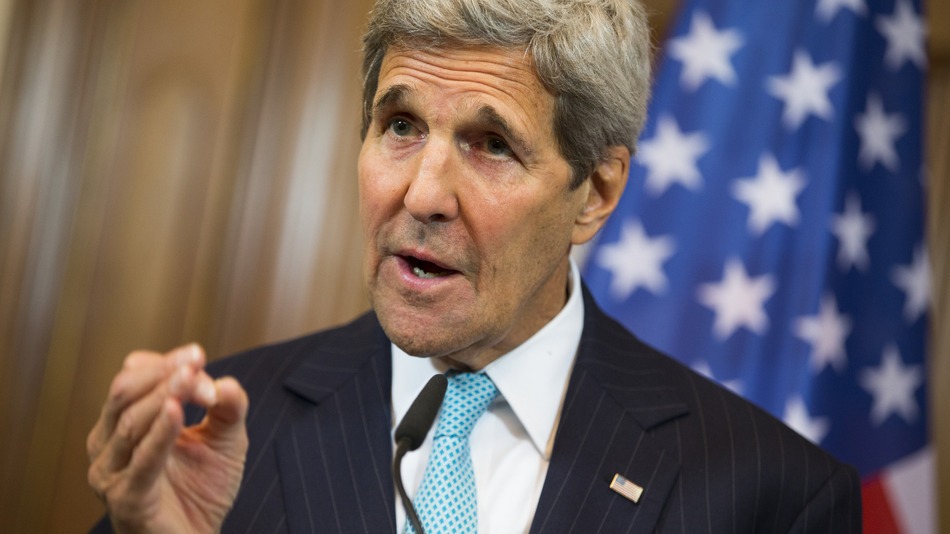 [ Editor’s Note: Kerry was slick to use this indirect approach of quoting foreign leaders’ concerns over the low quality of talent in the US presidential race, because it has turned into the huckster version of Dancing with the Stars, with the crowds cheering for their favorite loon.

This reminds me of Will Rogers’ great political quote, “If you think Democracy is the best form of government, just talk to an average voter for five minutes.” The crowds loved it, and laughed because it was true. Only someone with Rogers’ stature could have gotten away with it.

It was a pleasure seeing most of the crowd rejected, a rejection of those backing them also. Trump seemed to be having fun playing with them, but their hatred for him will come full circle at the convention, where a thousand knives will be looking to slice him up.

Hillary, a terror in her own right with spouse Bill lurking in the wings, seems to be enjoying it, but not without the torment that Sanders is inflicting with the drubbing he gave her in Wisconsin. It is going to be quite a convention summer… Jim W. Dean ]

US Secretary of State John Kerry has denounced as “embarrassing” the current state of the presidential race in the country, saying he gets bombarded with election-related questions wherever he goes.

“Every meeting I have, everywhere, people are asking what is happening with the United States, ‘What are you doing to yourselves?’” Kerry told MSNBC on Tuesday.

The top US diplomat also said he was “confident” that American voters were going to choose the right candidate to succeed President Barack Obama as the 45th US president.

“I’m getting questions constantly from foreign leaders about some of the wackier suggestions that are being made,” Obama said Tuesday at the White House briefing room. “I have to emphasize that it’s not just [Donald] Trump’s proposals. You are also hearing concerns about [Texas Senator Ted] Cruz’s proposals, which in some ways are just as draconian when it comes to immigration.”

Trump, the New York businessman dominating the GOP field, drew international reactions last week when he said Japan, a longtime ally of Washington, should arm itself with nuclear weapons instead of relying on the US military to protect it against North Korea.

The real estate magnate also maintained that Washington should go after NATO member states and pressure them to begin “paying their fair share.”

He has also raised eyebrows by offering to deport millions of immigrants from America and prevent Muslims from entering the country.

Cruz, Trump’s most serious rival, has also promised to round up and forcefully deport millions of undocumented immigrants with the help of law enforcement agencies.

Trump has so far won 740 delegates out of the 1,237 needed for the Republican nomination. He is being followed by Cruz with 514 delegates.