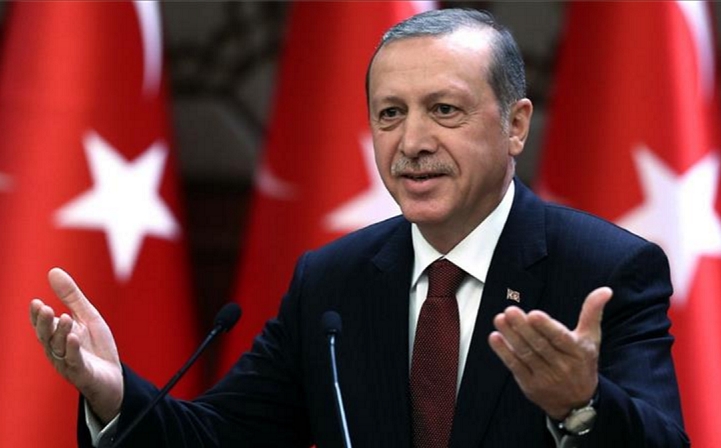 This week, President Obama said: “If terrorists get nukes, it would change our world.”  His statement is more than just “too little, too late.”  But then, what did he really mean?

Let’s take a look at just some of the many conflicts pushing the world to the brink, a look that goes past the simple lies fed the mainstream news to hide the corruption and incompetence of so many governments.

Turkey, Israel and the CIA are using NATO naval exercises in the Black Sea to offload advanced weapons in Constanta and Odessa for use against Syria, Iraq and Armenia.  Truck convoys from Ukraine are being shadowed into Turkey as of this writing by VT sources while we await the further outbreak of hostilities between Armenian and Russian backed Nagorny-Karabakh and Israeli and Turkish backed Azerbaijan

This “northern front” of the “ISIS War” is often ignored and the real ties between Kiev’s rogue dictatorship and the cabal operating ISIS are ignored.  Even when Israeli planes were smuggled through Turkey into Azerbaijan with the aid of Georgia in 2009 and 2010 to attack Iran or when Azerbaijan was caught hosting armed Israeli drones, it was quickly covered up.

Similarly, when an ISIS military operation moved into Georgia and accessed weaponized Swine Flu, and by ISIS we mean Ukrainian, Saudi and Turkish intelligence groups, nothing was said despite thousands of dead.

Similarly, when the same “coalition” brought sarin gas into Syria using Turkish NGO’s (Non-Governmental Organizations), charities whose normal job it is to transit jihadists and American made TOW missiles to al Qaeda and ISIS, this story was also quickly forgotten.

Then again, reports that an Israeli F 15 flying from Azerbaijan is credited with coordinating the Ukrainian Air Forces downing of MH17, the only provable cause of the air disaster, were similarly shelved.

As Turkey reassembles its own “coalition of the willing,” a 21st century “axis of evil” including but not limited to Israel, Saudi Arabia and “the Islamic State,” the threat of weapons of mass destruction, nuclear, biological and chemical, has never been so real nor have such weapons ever been in the hands of as dangerous a person as Erdogan.

This week, Turkish President Erdogan was in Washington at the 50 nation nuclear summit.  The meeting, where President Obama had a few terse words with Erdogan who was refused a White House audience, wasn’t about terrorists and nuclear weapons, despite rumors of an incident with a Belgian nuclear facility.

It was all about Turkey.  Last week, the US pulled its military and diplomatic dependents out of Turkey and issued a travel warning advisory.  This wasn’t about terrorism either, it was about Erodgan’s instability and the threat he poses against American civilians that President Obama fears would be held hostage in Turkey.

What is being held hostage is nuclear weapons stored at Incirlik Air Force Base, the 84 B-61 gravity bombs NATO chose to keep in Turkey in the belief the Turkish military would be able to withstand any threat from Islamic extremism.

NATO was wrong, not just about the Turkish Army but in looking only at religious extremism and not the real threat, world organized crime, now seen by more and more as the force behind the 9/11 demolitions, or before that, the overthrow of the US government placing the Bush crime family in control of the largest military force in the history of the world.

History, though this history will never be taught in a school, is clear on this.  A surveillance state in America, the overthrow of the political process leading to the mayhem seen today with the upcoming farcical election, torture and kidnapping on a global scale and war upon war, all criminal in every respect.

Today, Russia stands virtually alone against a global criminal organization that boasts of redrawing not only the maps of the Middle East and Africa but has castrated Europe as well leaving that continent only a few short years, maybe even months, before civil war between what will be the Muslim majority and reemerging fascism.

Only a few short weeks ago, the mainstream news mistakenly reported attempts by the UAE to buy nuclear weapons from Israel.  Similarly reports of Turkey’s nuclear program and that of Saudi Arabia were leaked but quickly smothered.

In truth, the Saudi’s have had nuclear weapons since 1982, according to our sources in the IAEA (International Atomic Energy Agency) and have used them in Yemen.

Similarly, a circular trade of nuclear weapons technology, according to Der Spiegel, has existed between Germany and Israel for some time with Germany receiving nuclear weapons in trade for is underwriting Israel’s nuclear programs.

As late as 2003, the Johan Meyer nuclear team in South Africa, working with Israel and Germany, had produced up to a dozen “devices,” despite South Africa’s dismemberment of their official program in 1990, turning their 9 Hiroshima “gun type” nukes, each 13.2 kilotons, over to the US for disassembly.

We note that three of these weapons, according to confirmed sources involved in the transit of these weapons, had “disappeared.”  For those with a short memory, these are the WMD’s referred to by then British Prime Minister Tony Blair when he claimed Saddam Hussein was “45 minutes from a nuclear capability.”

Blair claimed that the missing South African nukes were in Iraq and that they were moved through Syria to Lebanon after the 2003 invasion.

The story of the 3 Syrian ambulances carrying Saddam’s stolen South African nukes, their trip to Lebanon to be stored in a hospital X Ray lab, hidden from American VELA satellites until loading for Gaza or to be detonated in off Haifa’s waterfront, is how Blair really got Britain into the Bush war.

As to where the 3 disappeared weapons really went, one was reportedly exploded in North Korea, taken there by an Israeli submarine.

Thus, the real reason for the Washington nuclear conference had nothing to do with terrorism but rather rogue states and a chance to pass along a message of accountability that the “nuclear genie,” let out of the proverbial bottle on 9/11 according to some, or at the Baghdad airport in 2003 or at Tora Bora or Damascus or Yemen or even, heading back a bit, Bali or Oklahoma City, was no longer going to be tolerated even if it was the United States that had “pulled the cork.”

Remember, it was only a scant week ago that Russia’s President Putin stated that it would “probably” not be necessary to use tactical nuclear weapons against ISIS.

For background, we already know NATO keeps nuclear weapons in Turkey.  But we also know that Turkey had Israel convert a number of its F16 fighter bombers to carry nuclear weapons.  You see, the US pulled its nuclear capable aircraft out of Turkey leaving only the bombs there, useless and, as far as such things can be considered, “non-threatening.”

The weapons are also highly secured through safeguards. Then, however, Saudi Arabia brought aircraft to Incirlik Air Force Base, planes brought weeks ago but never flown although they are ostensibly there to attack ISIS, an organization Saudi Arabia supports as all know very well.

With those aircraft came teams trained in Israel who were, according to multiple sources, given training in overcoming safeguards were America’s nuclear weapons to be seized by Turkey and loaded onto the Israeli-modified F16s.

The “nuclear secrets” required were stolen, we are told, possibly by former US Senator, co-founder of the shadowy Federalist Society and Bush Energy Secretary Spencer Abraham, a shadowy character with long ties to organized crime families in the vending machine business in Detroit.

We are told they were given to Bush “terror czar” Richard Clarke who handed them to an Israeli “handler” at a “gala” at the Israeli embassy.  A VT editor was standing there when it happened.

Obama is right when he fears nuclear weapons.  What he isn’t saying is that it isn’t the weapons themselves, as nukes are used all the time, smaller weapons with controlled radiation or, when larger weapons are used such as in Yemen, it simply didn’t happen if CNN fails to report it. Things have gone this far, that governments can and do anything imaginable, based on their ability to walk away from their abominations.

There is no accountability of any kind, no one to speak up, either out of fear of being discredited or simply out of the realization that saying something, whether about torture or the use of biological weapons or even the odd nuke dropped here or there, nobody really cares.

Being killed by a suicide bomber while at a shopping center is far more real and becoming more real every day, in Europe now but in America soon as many predict.  Of course these “problems” have been around, Lebanon, Syria, Iraq, Nigeria, Turkey, Kenya, Afghanistan, Pakistan and so many other places for a very long time and nobody has cared about this either.

We believe this is what Erdogan sees, that there is no sheriff, there is no law, there is no accountability and that he simply should take advantage of the weakness and corruption of the European Union, or if he so desires, steal a nuclear arsenal or spread a few diseases the same way he killed hundreds even thousands with poison gas in Syria and Iraq.

After Bush and Blair, there may never be any accountability again for anyone, except the victims.