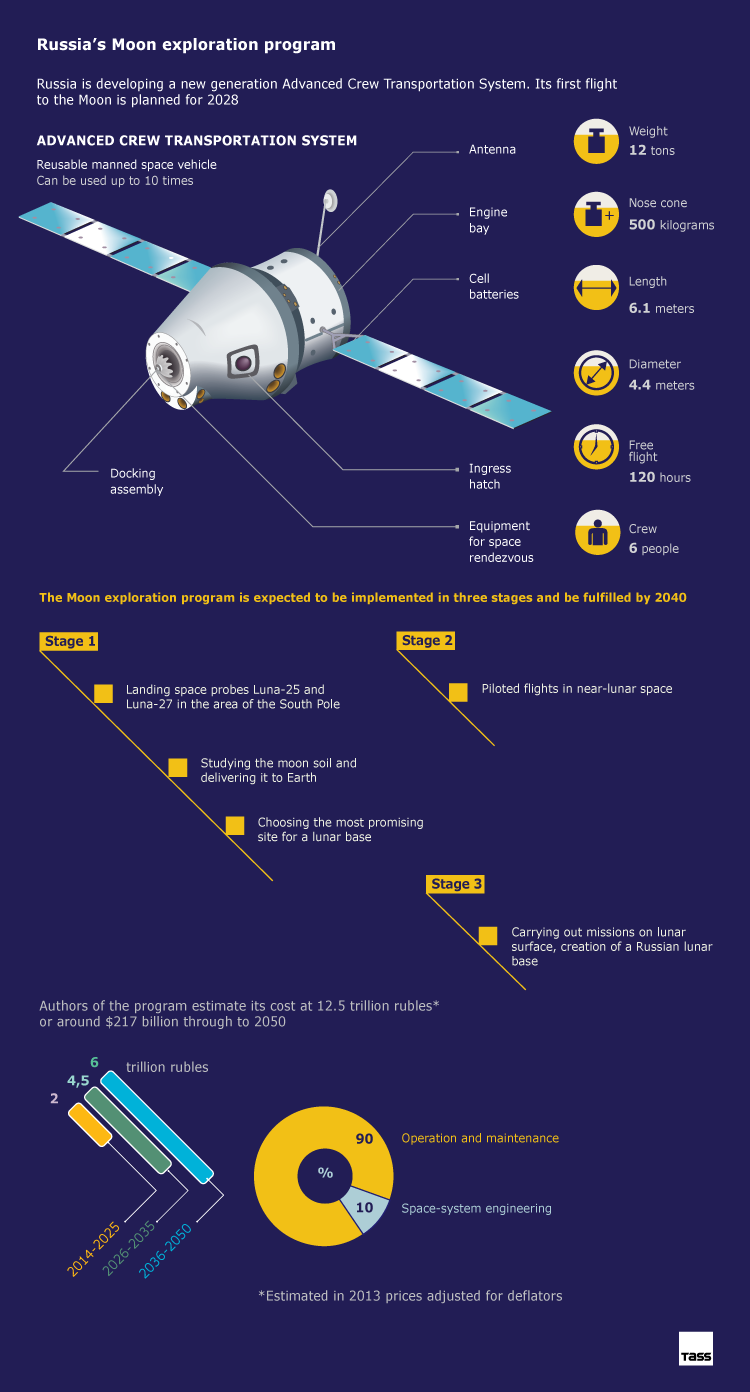 MOSCOW, April 5. /TASS/. It is planned to build Russia’s base on the Moon in the period from 2030 to 2035, executive director of manned space programs of the Roscosmos State Space Corporation Sergey Krikalev said on Tuesday.

“Landing on the Moon is planned by 2030, and in the following period until 2035 the assembly of the lunar base, lunar station will be carried out,” he said.

The proposed base will include a solar power station, telecommunication station, technological station, scientific station, long-range research rover, landing and launch area, and an orbiting satellite.

Krikalev said that there will be no full-fledged settlement on the Moon in the near future, however. “There will be no settlement like a village in which people live, tending cows, for a rather long time yet, most likely.”

Russia is developing a new generation Advanced Crew Transportation System. Its first flight to the Moon is planned for 2028. Infographics by TASS