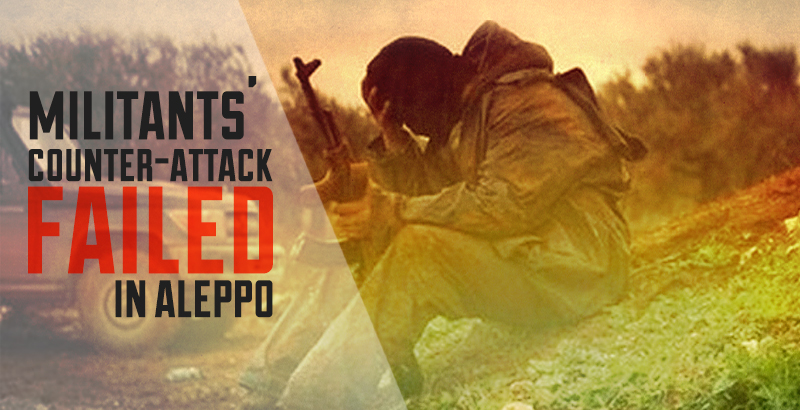 On April 5, a Syrian Su-22 fighter-bomber was downed by militants in the village of Tel Eis in Southern Aleppo. Tel Eis has been under control of Al Nusra and Free Syrian Army units which operate in serried ranks in this area. A pilot rejected from the warplane, but he was captured and, according to initial reports, killed by militants. Further reports said that the pilot, Khaled Sa’id of Latakia City, is alive and the work is underway to rescue him.

The liberation of al-Eis set a foothold for further advances to cut of M5 highway which links Aleppo with parts of the Idlib governorate and grants access to M4 Highway heading to Latakia.

Pre-military reports indicate that the loyalists are deploying forces – mainly SAA, NDF and Hezbolalh units supported by Iranian and Russian military advicers – to the province of Aleppo to conduct a military operation in the provincial capital. Aleppo’s joint operations room in a statement asked the people to leave the regions where groups that ignore the ceasefire are presented