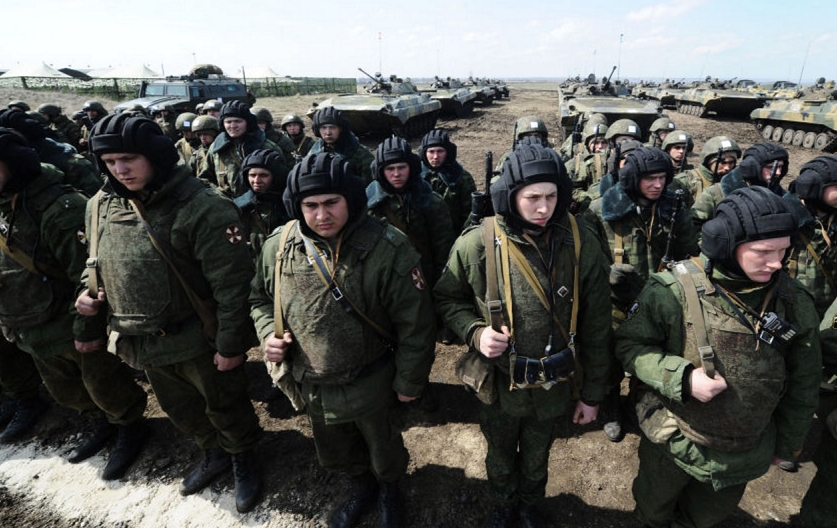 [ Editor’s Note:  Putin is showing that he plans to stay ahead of the threat curve, including internal ones. Unsaid in all of the coverage below is this restructuring is putting firewalls up for avenues where “foreign influence” might want to effect a change in government in terms of  a Putin coup.

You can just image the goodies that certain Western factions could put on the table to effect such a situation. So Putin will remain the Teflon Don not only to the minor and pitiful western barbs never sticking to him, but also the lead and steel jacketed kind… Jim W. Dean ]

In a sweeping reorganization of Russia’s internal security apparatus, President Vladimir Putin has announced the creation of the National Guard – a powerful new paramilitary unit charged with combating terrorism and organized crime and maintaining social order. Why did the president decide to create the new unit now? Sputnik investigates.

On Tuesday, in a meeting with the heads of Russia’s major internal defense and law enforcement agencies, President Putin announced the creation of a new federal executive body – the National Guard, which will be charged with fighting terrorism and organized crime, and with helping to maintain peace and order inside the country.

Formed out of the Internal Troops of the Ministry of Internal Affairs, the National Guard, according to the president, will continue to work “in close cooperation” with the ministry.

For reference, the Ministry of Internal Affairs includes Russia’s police and traffic police; the Internal Troops, meanwhile, constitute a gendarmerie-like paramilitary force. The new National Guard’s tasks, the president noted, will include those previously assigned to OMON and SOBR, tactical special rapid response forces whose functions include the maintenance of public order, assisting police (in a manner similar to SWAT in America), and maintaining order in the event of a state of emergency.

At the same time, the decree published on the president’s website explains, the National Guard will also be charged with assuring territorial defense, preventing and dealing with internal armed conflicts, and guarding important facilities, such as nuclear power plants, and cargoes, as well as the protection of other property. The federal body, according to the decree, will also work with the Federal Security Service (Russia’s main intelligence agency) in the protection of state borders.

The reorganization, Russian analysts have noted, is significant precisely due to the new body’s potential size and strength; the Internal Troops currently number about 200,000 men, and in addition to their other functions, they play an important role in maintaining law and order in the North Caucasus. The troops are fully motorized, have access to armored vehicles (though in smaller quantities than the army), and have their own aviation, engineering, marine and other formations as well.

In addition to the Internal Troops, the National Guard will ostensibly include territorial SWAT and riot police, as well as federal security guard services, totaling 230,000 people; all told, therefore, the new federal service will have up to 430,000 people under its command.

The decree on the National Guard is part of a major reorganization of the security forces. In addition to the formation of the new service, Putin announced that Russia’s Federal Migration Service and the Federal Drug Control Service would be merged into the Ministry of Internal Affairs, which already has ample experience in dealing with both drug crime and issues related to migration.

The National Guard, it was announced, will be headed by Viktor Zolotov, formerly the commander of the Internal Troops, and the former head of the president’s personal security. His new rank will be equal to that of a federal minister, and he will report directly to the president.

A veteran officer in Russia’s security services, Zolotov served as Putin’s personal bodyguard starting in 1999. Before that, he served as bodyguard to President Boris Yeltsin, and to St. Petersburg Mayor Anatoli Sobchak, which is where he met Putin.

Between 2000 and 2013, Zolotov was the head of the president’s personal security service, serving as the deputy director of the Federal Protective Service, the agency charged with the protection of high-ranking state officials, including the president. 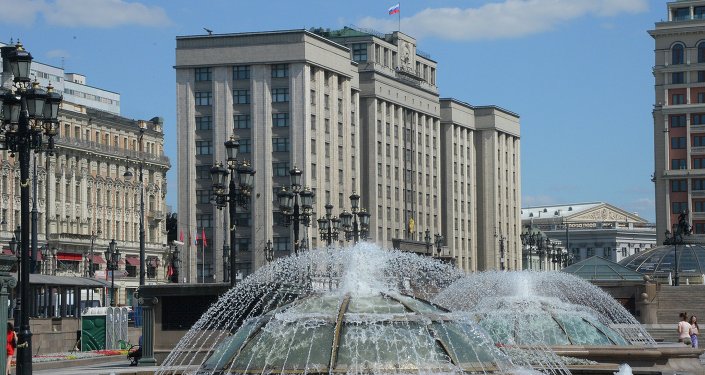 The rules and legal basis of the National Guard’s operations, according to the presidential press service, will be laid out in detail in a future federal law. Following the decree on its creation Tuesday, the president submitted draft legislation to the lower house of parliament, the State Duma for deliberation and approval.Commenting on the reasons for the reorganization and the National Guard’s ultimate purpose, Russian analysts are divided in their assessments.

For their part, liberal commentators at Gazeta.ru suggested that the new service will provide the president with extensive leverage over the country’s security forces. At the same time, the paper speculated, the reorganization is meant to accommodate Zolotov, who had had bouts of bureaucratic infighting with Internal Affairs Minister Vladimir Kolokoltsev in the past.

For its part, Moscow-based online newspaper Lenta.ru offered another perspective ,suggesting that the formation of the new force may be connected with the Russia’s military doctrine of 2014, which saw the introduction of a number of new threats to national security, associated with internal and external factors aimed at the country’s destabilization.

“It’s obvious that given a major restructuring of the range of threats, new specific steps [were] needed to create a system capable of compensating for these threats,” the online paper noted, adding that until now, apart from counterterrorism tools, which are highly effective, but limited in terms of applicability, the state “simply did not have the tools” necessary to counter the perceived new dangers.

The president’s “announcement on the creation of a separate ‘internal army’,” Lenta.ru suggested, indicates the seriousness with which the Kremlin has approached the problem.

“The terrorist threat is discussed directly and can be interpreted very widely, for example, in the spirit of the now popular concept of ‘hybrid warfare’, in which the main role is played by mobile paramilitary forces systematically destabilizing a large state from within.”Ultimately, the paper suggests, in its pursuit of combating destabilization and civil disturbances, as well as resolving problems of social unrest following natural or man-made disasters, “the National Guard is not unlike its American counterpart, which works in disaster areas, and in areas of major civil unrest.”

Finally, Lenta.ru notes, “questions remain about the functions of the newly created security service – in particular, its possible acquisition of the powers of investigation, motivated by its tasks of fighting terrorism and extremism. [If this were to occur,] Russia, factually, will receive not only a new security agency, but also a new, full-fledged intelligence agency.”