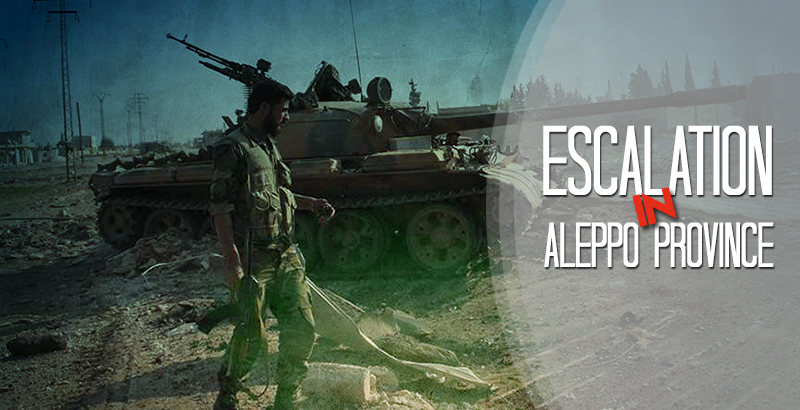 Reinforcements reportedly arrived to Southern Aleppo to support the Syrian Arab Army and its allies efforts to liberated the militant-controlled areas near the northeastern border of the Idlib province. According to reports, a significant number of SAA, Hezbollah and Shia militia units are already there.

Up to 1,500 al-Nusra militants supported by 3 battle tanks and 20 automobiles with large-caliber machine guns attacked positions of Kurdish militia in Sheikh Maqsood from Ashrafiyah and al-Shababi. 18 civilians and 11 members of Kurdish units were killed. 36 were wounded. Russian warplanes hit positions of al-Nusra militants in suburbs of Aleppo and quelled their attempts for offensive.

The Russian coordination center organized air delivering and dropping of humanitarian cargos on April 6. Military transport aviation crew of the Syrian Air Force has delivered 30 tons of food products from the International Red Crescent to Deir ez-Zor, which had been besieged by ISIS militants. The transport was escorted by Russian Su-30 and Su-35 fighters.

Meanwhile, the total number of settlements, the leaders of which had signed reconciliation agreements, remains 58. The number of ceasefire application forms signed with leaders of armed groupings remains 47.