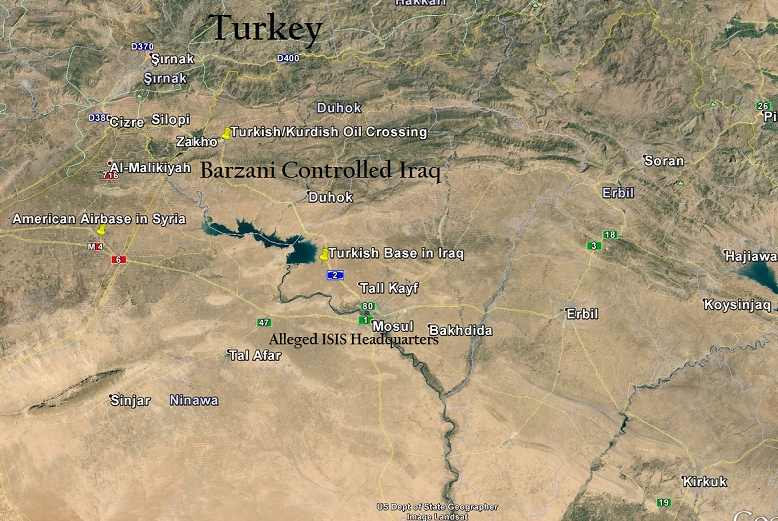 Editor’s note:  The idea of arresting 12 ISIS “suspects” in a town where over 250,000 ISIS vehicles, oil tankers, combat support vehicles and in excess of 12,000 jihadists have traversed during the last 12 months alone is beyond absurd.  When will Russia, Iran and President Obama wake up to this?

ERBIL, Kurdistan Region – Twelve people suspected of working with Islamic State were arrested on the Turkey-Iraqi Kurdistan border town of Zakho on Thursday.

“Twelve displaced persons from Mosul in Zakho were captured on charges of their membership to ISIS, they have confessed to this and they are under police custody,” a Kurdish security source told Rudaw.

“There are Kurds, Arabs, women and an ISIS emir [leader] among the captured,” another local source confided to Rudaw.

In the meantime the Kurdistan Region Security Council announced that a three-member ISIS sleeper cell was broken up in the town of Dubiz in Kirkuk.