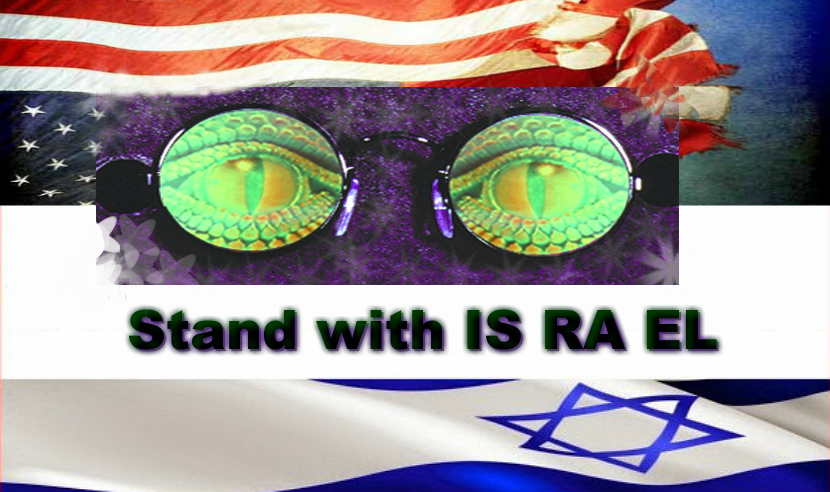 … by Uri Avnery, with Gush Shalom

[ Editor’s note: Uri stands by the Minister of Defense and Chief of Staff for prosecuting the 19-year-old soldier who executed a wounded Palestinian, shook hands with extreme right wing settlers, and then lied about it. He describes the incredible situation of the rank and file troops basically in a mutiny of the top command, egged on by the extreme Likuds.

This is what Zionism has brought to the land Uri — a mob of extremist Zionists, and now with many of them in the IDF who feel strong enough politically to challenge the prosecution of their fellow soldier for manslaughter.

Uri, you have never understood how deep this “right to kill a Palestinian” runs in your society. No, it does not in your Gush Shalom crew, but you are a minority that is politically neutered now. But thank you for your article. I did not have to read it to know where you would stand.

You are better that most of them, but still do not understand the well from whence all this came, where those you are fighting now wanted to take a country away from its historical people and run them off to make room to move in all the world’s Jews, along with their money, to have a 20-million population state and a military strong enough to take whatever it wants… Jim W. Dean ]

It seems that everything possible has already been said, written, proclaimed, asserted and denied about the incident that is rocking Israel. Everything except the main point.

The incident revolves around “the Soldier of Hebron”. Military censorship does not allow him to be called by his name. He may be called “Soldier A”.

It happened in the Tel Rumaida neighborhood of the occupied South West Bank town of Hebron, where a group of super-extreme right-wing settlers live in the midst of some 160,000 Palestinians and are heavily protected by the Israeli army. Violent incidents abound.

On the day in question, two local Palestinians attacked some soldiers with knives. Both were shot on the spot. One of them was killed, the other was severely wounded and was lying on the ground.

The place was full of people. Medics were tending to the wounded soldier (but not the Palestinian), several officers and soldiers were standing around, together with some of the settlers.

After six minutes Soldier A appeared on the scene. He looked around for 4 minutes, then approached the wounded assailant and coolly shot him dead with a bullet to the head from close up. The autopsy showed that this was indeed the shot that killed the Palestinian.

As a finale, the camera clip shows Soldier A shaking hands with one of the settlers, the infamous Baruch Marzel, a leader of the outlawed party of the late Meir Kahane, who was designated by the Supreme Court as a fascist.

Up to this point, there is no discussion about the facts. For a simple reason: the whole incident was videoed by a local Palestinian man from close up. The Israeli human rights group B’Tselem has provided many Palestinians with cameras for just such an eventuality. (B’Tselem is a Biblical name and means “In (His) image”.

According to Genesis 2, God created the human being “in His image”. This is one of the most humane verses of the Bible, since it means that all human beings, without distinction, are created in the image of God.)

The camera plays a central role in this incident. In the present intifada, many Arab assailants have been killed in such incidents. There is a strong suspicion that many of them were executed after they were already “neutralized” – army-speak for Arab assailants who cannot cause harm because they are dead, severely wounded or taken prisoner.

Under Israeli army orders, soldiers are not allowed to kill enemy attackers once they no longer constitute a danger. On the other hand, many politicians and army officers believe that “a terrorist should not be allowed to stay alive” after an attack. This was an informal order by the late Prime Minister Yitzhak Shamir (himself an outstanding former terrorist).

However, the army command has never accepted this rule. When, in Shamir’s days as Prime Minister, the Shin Bet chief killed two captive bus hijackers, he was facing a criminal indictment until he was pardoned by the President of Israel. He was dismissed.

In another recent incident, a Palestinian teen-age girl was seen on camera running around in the street waving a pair of scissors. She was shot dead at short range by a policeman.

In all these specific cases, it was the camera that made the difference. (Perhaps the divine commandment should be amended to read: “Thou Shalt Not Kill When There is a Camera Around!”)

The commander of Soldier A asked him on the spot why he shot the wounded Palestinian. Soldier A answered spontaneously: “He wounded my comrade, so he deserved to die.”

Soon after, he realized that this was the wrong answer, so he amended it: “He was moving and there was a knife lying next to him, so I felt threatened.” However, it appeared that another soldier had already kicked the knife away.

Later, he voiced another reason, to which he has stuck ever since: “I saw a bulge under his jacket and thought that he had a suicide belt on. I shot to prevent him from killing everybody around.” This is highly improbable, since the camera clip shows clearly that all the other people nearby were unperturbed.

The wounded man had already been searched. So the Military Police announced that they were investigating Soldier A for murder.

A huge storm broke loose. All over the country, rightists, settlers, politicians and such attacked the army command in a language never heard before.

The Minister of Education, Naftali Bennett, the leader of the extreme rightist “Jewish Home” party, savagely attacked the Minister of Defense, a former army Chief of Staff, who is a moderate Likud rightist.

The present Chief of Staff, Gadi Eizenkot, was undeterred. He reiterated the army orders and strongly supported the actions of the military police against the mob of talkbackers who inundated the social media with thousands of messages cursing the army command.

Binyamin Netanyahu first feebly supported his Minister of Defense, then he called the father of Soldier A to express his support.

This was only the beginning. The parents of Soldier A openly attacked the army command in the media for “forsaking” their darling son, the members of Soldier A’s army unit freely cursed their commanders and the military police, all over the country the cry went up that Soldier A was a “hero”.

Demonstrations of soldiers and civilians took place in front of the military court inside an army compound. Cabinet ministers and Knesset members came to the courtroom in order to demonstrate their solidarity with the “hero”. Both the army chief and the defense minister were called on by the mob to resign.

I would like to add some personal remarks. In the 1948 war, I was a combat soldier in a commando unit, which was awarded the honorary title of “Samson’s Foxes”. I took part in some 50 engagements. I wrote two books about this experience. The first, “In the Fields of the Philistines”, was written throughout the war and described the battles.

Everything written in it was the truth and only the truth, but not the whole truth. The second book, “The Other side of the Coin”, which was published immediately after the war, described the dark sides of the war, including war crimes.

On the basis of this experience I dare to assert: everybody who calls Soldier A a hero is insulting the hundreds of thousands of decent combat soldiers, who served in the Israeli army since then until now, and among them real heroes (like the four Moroccan-born soldiers who risked their lives and carried me to safety under fire when I was wounded.)

A hero is a soldier who risks his life to save a comrade or to carry out some other essential assignment. Somebody who shoots a wounded enemy is not a hero, and to call him so is an insult to all the decent soldiers who are trying to preserve their humanity under hard – sometimes impossible – circumstances.

A decent soldier does not need army orders in order to distinguish between allowed and forbidden, between decent and criminal, between a hero and a bloody coward. He just knows.

Some people may wonder about my attitude towards the army. I am a pacifist. I detest war and violence. But I am not a simpleton. I know that every country needs an army, not only in times of war but also in times of peace.

An army is a killing machine. But after the atrocious 30-year war in the 17th century, civilized mankind fixed limitations. In short, violence is allowed if it serves the purposes of the war, but is absolutely forbidden if it is used against helpless human beings, such as prisoners and the wounded.

As some of us foresaw, nearly 50 years of occupation has corrupted our army in many ways. It is not the army in which I served. It is not an army I can be proud of. It resembles a colonial police force more than an army whose duty is to defend our state in a tumultuous neighborhood.

Foreigners may wonder about the fact that in Israel, the army command is generally more moderate than the government and the politicians. For historical reasons, this has always been so. I do blame the army command for many faults and misdeeds, but I must praise it for its strength of character in this case.

Far Right Mutinies against the Center

The main point of this incident, which nobody dares to spell out, is that for the first time in the history of Israel we are witnessing a full-fledged mutiny. There is no other way to define it.

A group of soldiers, supported by a major part of the political scene, has mutinied against their commanders. This is a major menace to the structure of the state, a challenge to what remains of our democracy.

The rot that started in the occupied territories is spreading throughout the country. It has now manifested itself in the one institution that has until now been loved by all Jewish Israelis: the army.