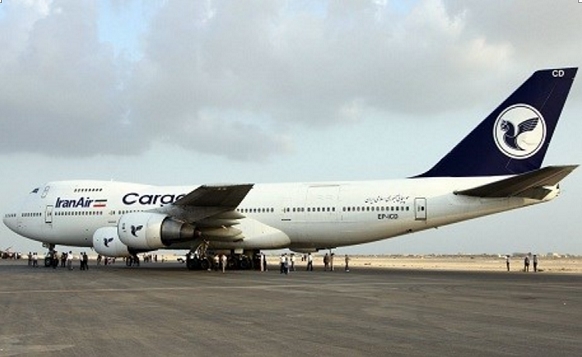 By Rudaw
Iranian airlines have been operating on ageing fleets of Boeing and Airbus airliners, together with some Russian-made aircraft. Photo: Iran Air.

ERBIL, Kurdistan Region – A senior delegation from global aviation giant Boeing is due this week in Iran, which reports say is ready to place orders with the US plane maker for a whopping 100 jets.

“The country’s flag-carrier airline Iran Air has announced in a statement that it will host Boeing for its upcoming trade talks in Tehran,” Iran’s Press TV reported.

The Boeing delegation will meet with officials from Iran Air and other Iranian airlines, Press TV reported on its website.

Ali Abedzadeh, the president of the Iran Civil Aviation Organization (CAO), said last month that a deal with the American aviation giant is “very likely” to be sealed.

Media reports in late January quoted a top Iranian official as saying that his country was ready to purchase more than 100 planes from Boeing.

Iran is believed to be in the market for narrow-bodied 737 aircraft for its huge domestic market, and the twin-aisle 777 airliners for long haul routes.

In January, Iran signed a major deal worth more than $27 billion for 118 planes from Airbus.

The deal, signed during a visit to Paris by Iran’s President Hassan Rouhani, has yet to be finalized. But Iranian Transport Minister Abbas Akhoundi said early this year that the first Airbus deliveries to Iran Air are due as early as July.

For decades, since the 1979 Iranian revolution soured Tehran’s relations with the United States and the West, sanctions had barred Iran from buying Western-built airliners, despite tremendously rising demand for air travel from a young and growing population.The US and its Western allies lifted sanctions on Iran early this year, following a nuclear deal with Tehran.

Airlines in Iran have been operating for decades on ageing fleets of Boeing and Airbus airliners, plus some Russian planes bought or leased since the revolution.

Iranian officials have stressed that the country will need some 500 planes of different sizes and types to upgrade ageing fleets and expand flight networks.

Akhoundi said that Iran’s civil aviation fleet of 248 aircraft has an average age of 20 years, with some 100 aircraft in storage.