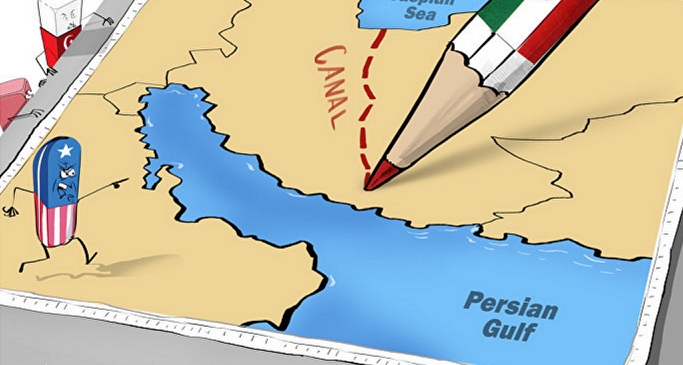 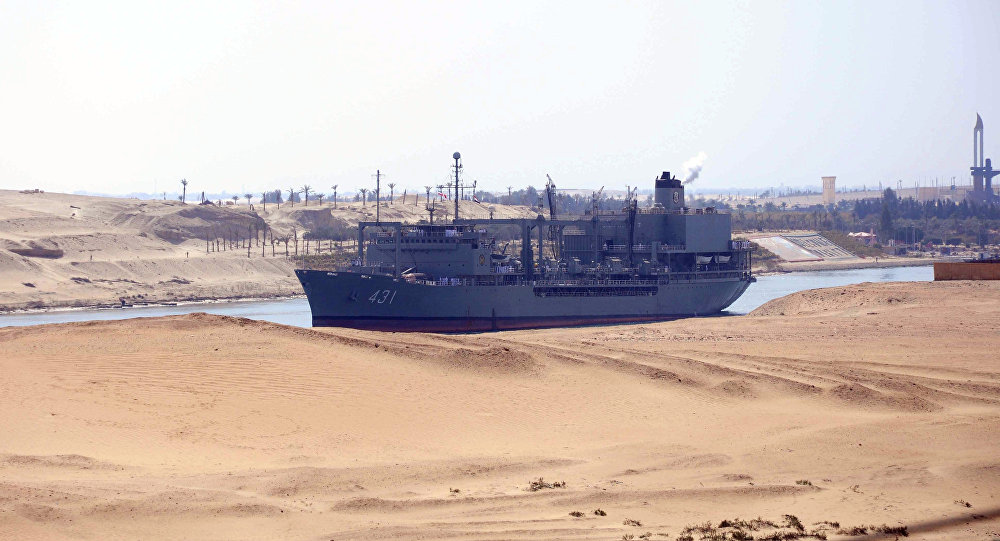 Russian experts comment on the prospects for the realization of Iran’s ambitious ‘trans-Iranian’ canal, which would run from the Caspian Sea to the Persian Gulf.

The prospects for the creation of a navigable canal between the Caspian Sea and the Persian Gulf are being currently being reviewed by Iran and Russia, Mehdi Sanaei, Iran’s ambassador to Russia, said Friday at a meeting with students at the St. Petersburg State University.

Intensified discussions on the possibility of a ‘trans-Iranian’ canal began in 2012, when then-Energy Minister Majid  Namjoo told Fars news agency that the project would cost an estimated $7 billion US.

The Caspian Sea is the largest enclosed inland body of water in the world, with a 7,000 km coastline shared by Russia, Kazakhstan, Turkmenistan, Iran and Azerbaijan. Establishing a connection between the Caspian and the Persian Gulf would necessitate the creation of a canal running across almost the entirety of Iran from north to south. 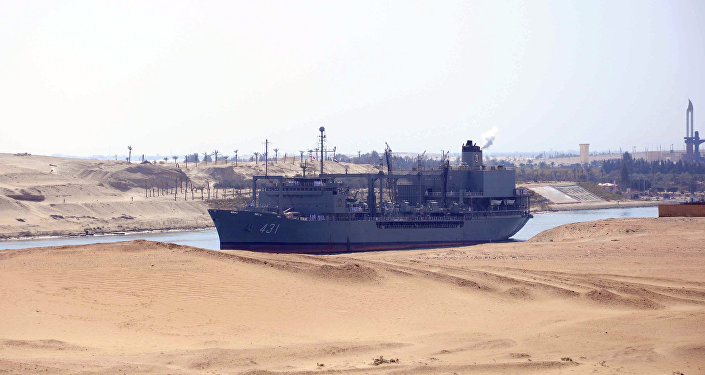 For Russia, experts say, the central appealing factor of the project is that it would provide Russian ships with speedy access to the Indian Ocean, bypassing the Turkish straits, including the Bosporus and the Dardanelles.The two potential routes for the project, known in Iran as the ‘Iran rud’ (‘Iran’s River’), stretch between 765-1,400 km, and would cost an estimated $6-10 billion, according to Iranian estimates from 2012-2013 cited by Russia’s Vzglyad newspaper. At the same time, the paper estimated, the cost of the project could be recovered in as little as three-four years, given estimated yearly shipping revenues of $1.4 billion from the Russian side, and $1.7 billion for Iran. 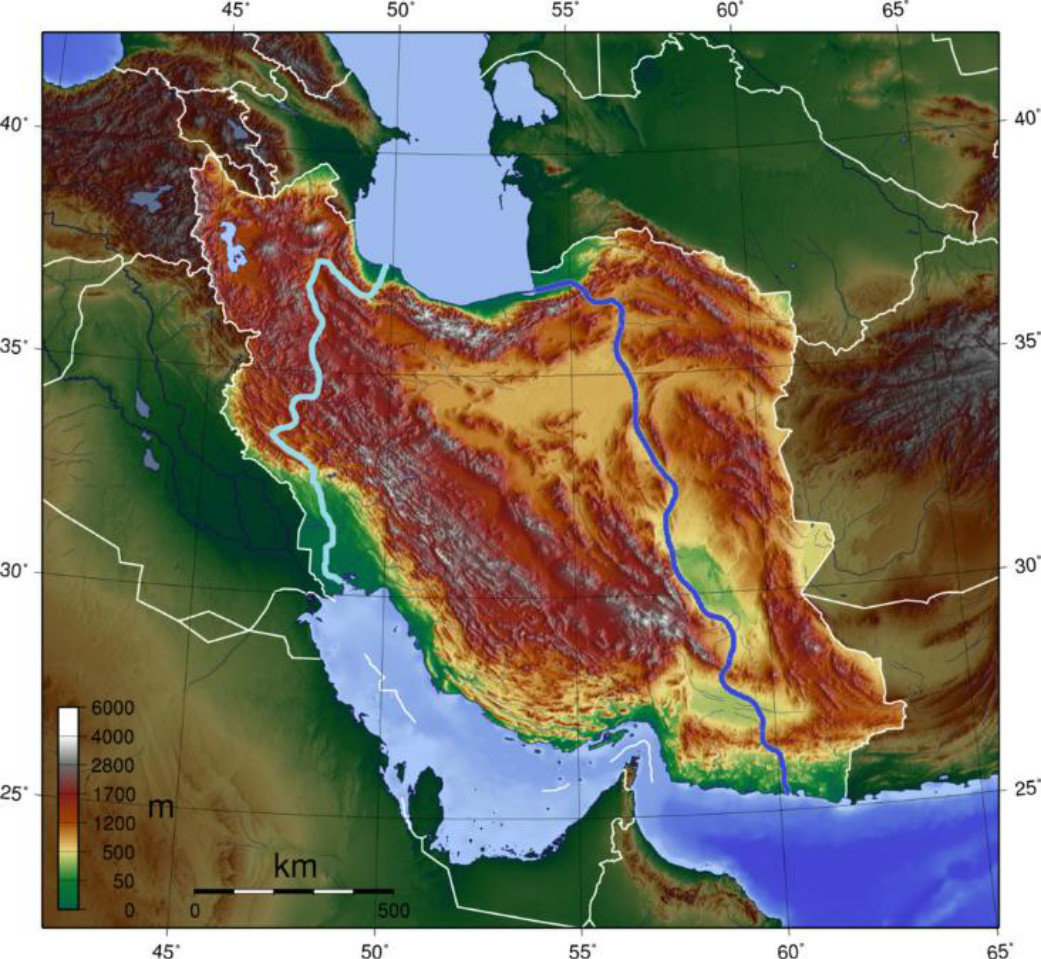 The project’s main opponent, naturally, is Turkey, since a trans-Iranian canal would create direct competition for the Turkish straits. Egypt’s Suez Canal, too, would face a slight decline in revenues, according to Russian Union of Engineers vice-president Ivan Andrievsky.

“From a technical perspective, the existing Suez and New Suez canals are more convenient for ships, since both seas involved – the Mediterranean and the Red, share one sea level. A Caspian-Persian canal, in turn, would have to link the Caspian Sea, located about 27-29 meters below ocean sea levels, to the Persian Gulf, and this would require the installation of a whole system of hydraulic locks to control water levels and prevent flooding,” Andrievsky told Vzglyad.

Contemplation on the project, going back to late 19th century, never moved beyond the drawing board in the past primarily due to geopolitics, and specifically Russia and the Soviet Union’s complicated relations with its southern neighbor.

However, discussions between Moscow and Tehran about the project resumed in the 1990s, with a joint expert group established in 1998, and the Islamic Republic approving a revised feasibility study in 1999. At that time, sanctions smothered the project, with the US directly threatening any companies and counties that might assist Tehran with the project.Now, with Iran casting off Western sanctions, enjoying warm relations with Russia, and facing a strain in relations with neighboring Turkey, talk of the ambitious project has arisen once again.

A series of problems remain to be resolved. Chingiz Ismayilov, the head of the Caspian Scientific Research and Information Center at Baku State University, told Vzgylad that these include a number of technical and environmental issues.

These he said, include the problem of the Alborz mountain range, which stretches across almost the entirety of northern Iran. The project would require significant amounts of land, for which local residents would have to be paid compensation. Moreover, such a long canal might increase flooding, which in turn could make earthquakes in the already earthquake-prone area more frequent.

“The main obstacle is distance,” Ismayilov noted. “Even taking the minimum route, construction may be delayed for decades, because a canal running hundreds of kilometers cannot be reinforced only by concrete; new materials and technologies and the time for their creation and introduction would be needed. Such a canal could remain under construction for many years.”

For his part, Andrei Grozin, the head of the department of Central Asian Studies at the CIS Institute, suggested that economics and political will, rather than feasibility, are the main factors holding back the project at the moment.Speaking to Russia’s Svobodnaya Pressa newspaper, Grozin emphasized that “given the desire and sufficient resources, anything is possible. There is no data indicating that the project is impossible from a technical standpoint. However, in the current situation, its prospects remain uncertain, however appealing the project may look.”

Pointing to the possible $10 billion price tag, the difference in sea level height, and the aspect of time (at least 10 years), the expert concluded that at the moment, “neither Russia nor Iran, nor China, which may also find the project interesting…have the necessary available resources. Bypassing the Turkish straits in the present geopolitical realities is an attractive idea, but it is not sufficient to force the sides to take the risk and begin such a project in the near future.”

However, Grozin added, “perhaps in a few years, if the integration of the Eurasian space moves ahead successfully, if real steps are taken in pairing the project between the Eurasian Economic Union and the Chinese concept [on the Silk Road Economic Belt], if the prospects for the ‘North-South’ Transport Corridor prove appealing, the need for the canal will come to fruition.”

For his part, Semyon Bagdasarov, the director of the Moscow-based Center for Middle Eastern and Central Asian Studies, suggested that there was another important aspect to the project: Iran’s geopolitical security.”Iran would like to create an entire series of transport links,” designed to give the country a measure of security “in case Turkey or the West try to block off the country in the future, hence all these grand projects. As to whether it is possible to implement them –that remains the big question.”