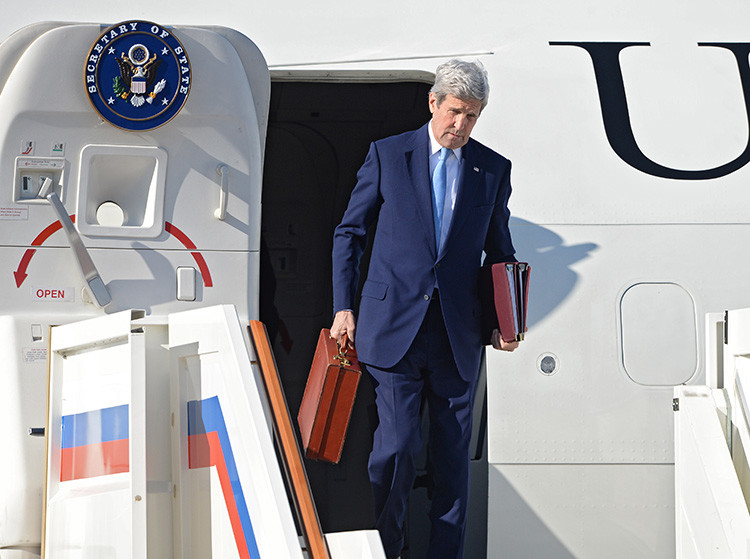 [ Editor’s Note: Phil gives us a good recap of the geopolitical shift with Turkey as March turned into April, and also for the EU, as the Dutch vote against the Ukraine association was defeated with close to a 2 to 1 margin. Britain’s Brexit promoters cheered, and all the EU nationalists were inspired by the drubbing the European Council got at the hands of the Dutch voters.

Erdogan threatens to unleash the hordes of refugees again on Europe if all his demands are not met, including the no visa entry to the EU. He badly wants a place for unemployed Turkish workers to go and let off steam, take someone’s job there, and send the money back home.

The US invades Europe with plans for another armored brigade as a show of force to a Russia that has no plans of invading Europe with anything other that briefcase carrying businessmen and tourists. This all sounds a bit like a Fellini movie really.

The German interior minister frankly says after the Brussels bombing, that all of Europe can have similar bombings and there is not much that can be done to stop it, as the counter terrorism effort has been the pretend kind.

The Munich Council meeting in February did its best at Russia-bashing, but that has all boomeranged on the US NeoCons, especially since Russia gets the credit for tipping the scales on the terror war in Syria, and every cab driver on the planet knows who has been backing ISIL and al-Nusra — several NATO countries plus the Gulf Arabs.

The only benefit for the rest of us is the continual failed leadership in the West, that I have long editorialized about, is now on full display. I can’t see how the rank and file Europeans will continue to submit to a criminal class of Euro-Mandarins to rule over them like occupiers.

Other EU states are showing cracks, in that Austria, Hungary, Poland, Serbia, and Greece have another debt rollover coming at up where “Default Roulette” will be the game of the month. Europeans needs a revolution and I don’t think they can afford it. That is why the war scare is being rolled out, the last resort of political scoundrels… Jim W. Dean ]

On March 24th US Secretary of State John Kerry stepped off a plane at Moscow’s Airport carrying a valise in his right hand. Arriving for negotiations with Russian President Vladimir Putin, the familiar tall statesman looked a bit out of character carrying such a large briefcase, but few took notice.

On sitting down across a table from the Russian president though, it soon became clear at least one Russian was paying attention. The scene, with Putin seemingly poking fun at the American dignitary, it became the newsreel of the day.

Speculation still reverberates on what was in that briefcase, but the real signs point to one big win for Putin, and a last ditch battle over Europe for the Americans.

“Today, when I saw you coming down from the plane and carrying your effects, I got a little upset. On the one hand, it is very democratic; on the other, I think: things are really bad in the U.S., there is no one even to help the secretary of state carry his briefcase.” – President Vladimir Putin

Thinking like a true Russian, at least doing my best impression of one, I can decipher what Vladimir Putin conveyed in those few seconds we all saw via RT. First of all, he was delighted.

Seldom has the Russian president been seen in such a jovial mode of late, so whatever he and Kerry were really meeting about was a very positively charged subject, the meet-up was on the subject of another win for Putin, beyond a shadow of a doubt.

Compromise from the United States of America was the sparkle in Vladimir’s eye, and in Sergey Lavrov’s honest grin as he sat next to his boss. Even Kerry seemed to have lost a monkey off his square shoulders, all this was so readily apparent. So what was the big secret, what kind of state treasure could have been carried in that satchel? We saw it lying open and empty later on, via a press photo…

“I think you’ll be surprised, pleasantly,” Kerry said. Here’s what I believe was in the briefcase. A big fat dossier that was too sensitive to be sent digitally, too important for anybody but Kerry to touch, too valuable for anything but a hand-to-hand pass-off, between America and Russia.

Fast forward 5 days to March 29th, 2016. The United States State Department and the Pentagon announced the withdrawal of virtually all family members of U.S. troops and diplomats from its installations in Turkey. This is a NATO nation, if I may remind.

March 29th, in a move out of propagandist character, The New York Times runs an article titled, “Turkey Has Been Reckless, Repressive, and Unreliable. The newspaper more anti-Russian than most ousted Russian oligarchs questions whether or not Turkey even belongs in NATO. Turkish President Recep Erdogan is in Washington, and is not even acquitted an audience with Obama. Instead, Vice President Joe Biden gives Erdogan his marching orders (I believe). Sold out Brit news source, BBC mirrors the new divide on the same day.

On Thursday, March 31st, the Turkish ultranationalist Alparslan Celik, who bragged about killing the pilot of a Russian Su-24 bomber downed by the Turkish Air Force, was detained by Turkish authorities. The same day, Turkey’s PM told reporters the EU-Turkey refugee deal will go into effect.

April 1st, Fox News attempts to play the unbiased voice of the people again, bringing out into the open the powerful cleric exiled to America, Fethullah Gulen. At the same moment Turkey is on the hot seat, Fox sets up Recep Erdogan at this crisis point – pay attention to Gulen’s name in the months to come in headlines.

Today  (April 2nd) a vote in Holland and NATO news of tanks, tanks, and more tanks in Europe tell us Putin and Russia won Syria and the Middle East mess, and that the hegemony Obama has led has one last stronghold – the battleground in Eastern Europe. There can be little doubt Kerry discussed with Putin and Lavrov the situation in Ukraine, and the Dutch vote for ratifying the referendum on the Ukraine–EU Association Agreement is scheduled for April 6. The mixed signals, the reversals of opinion, the saber rattling from NATO commanders over increased deployments to “counter” some invisible Russian threat, the western leadership is in disarray apparently.

Mark Rutte, the Prime Minister of Netherlands now says Ukraine should never be part of the EU. Meanwhile the vote outcome is predicted in between a “too close to call” (if you live in Kiev) and a resolute “NO” if you live in Holland.

Outsiders almost all question how Turkey and a regime that supports terrorism can be out of EU membership contention now, with another US proxy war state, one everyone knows for harboring fascists and Nazis, is still being considered?

One plausible explanation for the seeming détente meltdown is a forced march in retreat to fort Europa by former Obama allies.

As Syrian President Assad’s forces run ISIL to ground with the help of Russia’s military prowess, American President Barack Obama seems to be in some kind of hiding until his term ends. The political swamp European legislators are sucked down into, it only gets muddier as time goes by. The situation in Europe is a bit like a runaway wagon with no driver.

The Pentagon is laying out plans for vastly increased capability in Eastern Europe, and the Russians are forced to counter, world diplomacy is in the biggest mess in decades. Russia’s Permanent Representative to NATO Alexander Grushko told Rossiya 24 TV on Wednesday:

“We are not passive observers, we consistently take all the military measures we consider necessary in order to counterbalance this reinforced presence that is not justified by anything. Certainly, we’ll respond totally asymmetrically.”

Meanwhile, The New Yorker Magazine desperately tries to portray Barack Obama as some kind of El Libertado, for the same Cuban people who considered him a fiendish joke In Havana.

While the worst failure of an American leader in history does a curtain call vacation tour, Europe is ripped asunder by the aftermath of proxy wars and CIA insurgencies. And in Argentina, the soon to be private citizen tangoed with a former Playboy bunny, Mora Godoy.

I include these tidbits to cement the obviously paranoiac situation we face. America is about to elect one psychopath or the other, to replace the current craziness, Merkel is targeted by ISIL, and French President Francois Hollande can only scheme to make terrorists anything but French. Europe is in tatters, this is the point.

Inside the mysterious satchel John Kerry hand delivered to Putin, were files relating to Turkey operatives and leadership involved in the regional terror. More specifically, the case probably contained the names, missions, and locations of the terrorists in Moscow, and who is ultimately behind ISIL.

While no one but Putin and Kerry, plus the few close aides present can truly know the contents of the brown briefcase, it’s safe to conclude a picture of Recep Erdogan being thrown under a bus may have been included. Turkey is in full stop, U-turn mode. Erdogan has no moves left, if he wants to survive that is.

So, if Erdogan is NATO’s sacrificial lamb, it’s only of his own doing. The “win” for Putin does not mean the new Cold War is over, not by any means. TIME Magazine and the other corporate owned media are still in anti-Putin mode.

The briefcase simply contained the winner’s trophy for a failed American bid for Syria and the Middle East. Europe is, after all, a more pivotal Cold War II chip.

And for those disbelieving, read the news that the Vladivostok to Lisbon imperative is alive and well. The war now is almost totally about Europe, the ally Washington and London cannot afford to lose.

The question is, can anyone really save the EU from disintegration? It’s certain Petro Poroshenko and the Kiev junta won’t help the situation. Ukraine really should pay attention though, lest John Kerry deliver another briefcase with Poroshenko/oligarch files in it.