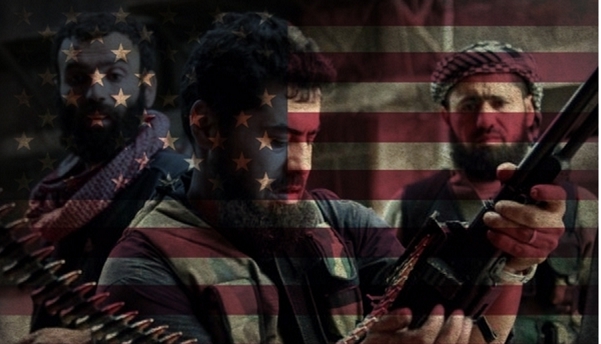 TEHRAN (FNA) – The United States via its Central Intelligence Service is still delivering thousands of tons of additional weapons to al-Qaeda and others in Syria. The British military information service Janes found the transport solicitation for the shipment on the US government website FedBizOps.gov, Moon of Alabama news and analysis website reported.

The FBO has released two solicitations in recent months looking for shipping companies to transport explosive material from Eastern Europe to the Jordanian port of Aqaba on behalf of the US Navy’s Military Sealift Command.

Released on 3 November 2015, the first solicitation sought a contractor to ship 81 containers of cargo that included explosive material from Constanta in Bulgaria to Aqaba.

The cargo listed in the document included AK-47 rifles, PKM general-purpose machine guns, DShK heavy machine guns, RPG-7 rocket launchers, and 9K111M Faktoria anti-tank guided weapon (ATGW) systems. The Faktoria is an improved version of the 9K111 Fagot ATGW, the primary difference being that its missile has a tandem warhead for defeating explosive reactive armour (ERA) fitted to some tanks.

One ship with nearly one thousand tons of weapons and ammo left Constanta in Romania on December 5. The weapons are from Bulgaria, Croatia and Romania. It sailed to Agalar in Turkey which has a military pier and then to Aqaba in Jordan. Another ship with more than two-thousand tons of weapons and ammo left in late March, followed the same route and was last recorded on its way to Aqaba on April 4.

We already knew that the “rebels” in Syria received plenty of weapons during the official ceasefire. We also know that these “rebels” regularly deliver half of their weapon hauls from Turkey and Jordan to al-Qaeda in Syria (aka Jabhat al-Nusra):

Hard-core Islamists in the Nusra Front have long outgunned the more secular, nationalist, Western-supported rebels. According to FSA officers, Nusra routinely harvests up to half the weapons supplied by the Friends of Syria, a collection of countries opposed to Assad.

US and Turkey supported “rebels” took part in the recent attack on Tal al-Eis against Syrian government forces which was launched with three suicide bombs by al-Qaeda in Syria. This was an indisputable breaking of the ceasefire agreement between Russia and the US. It is very likely that some of the weapons and ammunition the US delivered in December were used in this attack.

Millions of rifle, machine-gun and mortar shots, thousands of new light and heavy weapons and hundreds of new anti-tank missiles were delivered by the US. Neither Turkey nor Jordan use such weapons of Soviet providence. These weapons are going to Syria where, as has been reported for years by several independent sources, half of them go directly to al-Qaeda.

From historic experience we can be sure that the consequence of this weaponizing of Takfiris will be not only be the death of “brown people” in the Middle East, but also attacks on “western” people and interests.

Skyscrapers falling in New York and hundreds of random people getting killed in Paris, Brussels, London and (likely soon) Berlin seem not be enough to deter the politicians and “experts” that actively support this criminal war on Syria and its people.