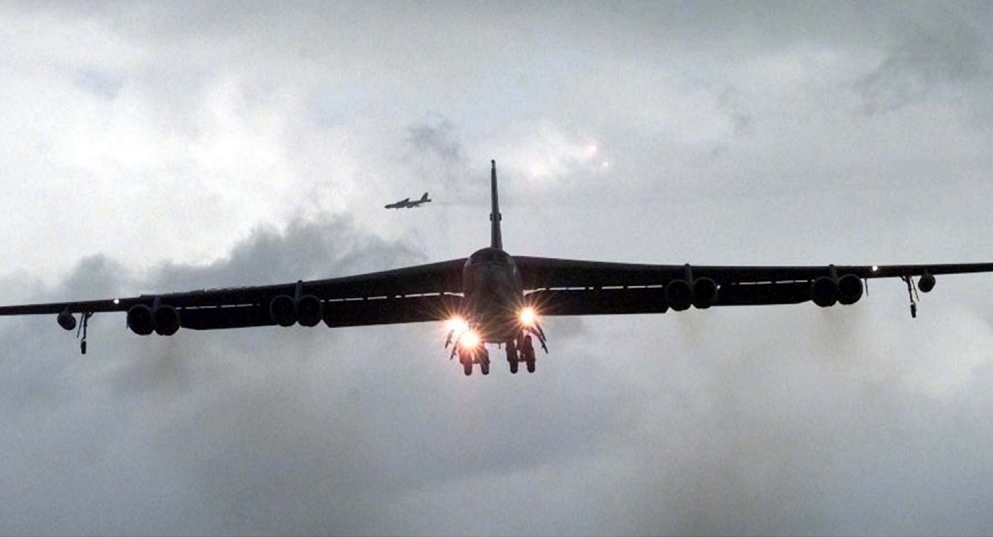 US Air Forces Central Command Public Affairs said that United States’ B-52 Stratofortress strategic bombers arrived at an airbase in central Qatar to join the international coalition’s fight against the Daesh terrorist group in Iraq and Syria.

MOSCOW (Sputnik) – The United States’ B-52 Stratofortress strategic bombers arrived at an airbase in central Qatar on Saturday to join the international coalition’s fight against the Daesh terrorist group in Iraq and Syria, the US Air Forces Central Command Public Affairs said.

“The B-52 will provide the coalition continued precision and deliver desired airpower effects. As a multi-role platform, the B-52 offers diverse capabilities including delivery of precision weapons and the flexibility and endurance needed to support the combatant commanders’ priorities and strengthen the coalition team,” Lt. Gen. Charles Q. Brown Jr., the commander of US Air Forces Central Command and Combined Forces Air Component, was quoted as saying in a statement.

US, Iraq to Train More Iraqi Forces to Retake Territory from Daesh – Kerry

The subsonic warplanes landed at Al Udeid Air Base in central Qatar, according to the statement.

“This deployment is the first basing of the B-52s in the US Central Command area of responsibility in 26 years,” the statement added.

The B-52 is a long-range heavy bomber able to carry out various missions, including strategic attack, air interdiction, close-air support as well as maritime operations.

Daesh, a radical Sunni terrorist group, is considered to be one of the major threats to global security. Over the last three years, the extremists managed to seize large swaths of land both in Iraq and Syria. The jihadists are also trying to spread their influence to North Africa, particularly Libya.