If you are familiar with logical arguments and still don’t believe that the argument for Zionism has gotten really bad over the years, then you ought to read some of the latest development. In 2014, Benjamin Weinthal of the Neocon flagship National Review declared that anti-Zionism is ipso facto anti-Semitism.[1] What was his argument? Well, there it is:

“The calls for the dismantling of Israel and shouts to kill Jews on the streets of London, Paris, Berlin, and Frankfurt, to name some of the major European cities where they’ve occurred, are indicative of a lethal anti-Semitic mass movement.”[2]

Did Weinthal produce serious evidence? Did he name any serious or rational person who was even remotely shouting to kill Jews on the streets of London, Paris, Berlin, and Frankfurt? Did he provide the background as to why there was an outrage in Europe? No. That’s the beautiful thing about proponents of Zionism. Evidence is immaterial. What needs to be propounded over and over is ideology.

Yes, there was a widespread reaction in Europe and even in America in 2014 because Israel was pillaging, massacring, and plundering Palestinian men, women, and children during Operation Protective Edge.

Weinthal couldn’t provide all that information because obviously, it would have literally ruined his perverse analysis, and obviously, his readers would have detected that the man is a maniac. As Jewish scholar, Norman Finkelstein noted in his 2014 study Method and Madness: The Hidden Story of Israel’s Assault on Gaza, “Israel has committed three massacres in Gaza during the past five years: Operation Cast Lead (2008-2009), Operation Pillar of Defense (2012), and Operation Protective Edge (2014). It also killed in 2010 nine foreign nationals aboard a humanitarian vessel (the Mavi Marmara) en route to deliver basic goods to Gaza’s besieged population.”[4] 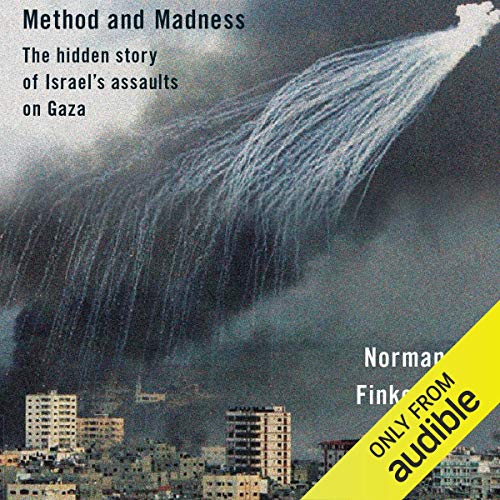 So, the anti-Zionist movement in Europe in 2014 was basically a reaction to Israel slaughtering Palestinian men, women, and children and destroying infrastructures in Gaza.

But has the promiscuous argument for anti-Zionism changed over the years? Have Zionist writers tried to polish their ideas a little in order to make them reasonable? The answer is impossible because Zionism and practical reason are incompatible. If you do not think so, then follow the thinking of former chief rabbi Jonathan Sacks of England:

“Criticism of the Israeli government is not anti-Semitic. Nor is the BDS movement inherently anti-Semitic. Many of its supporters have a genuine concern for human rights. It is, though, a front for the new anti-Semitism, an unholy alliance of radical Islamism and the political left.”[5]

The logic simply doesn’t follow. Let us try this again. Criticism of Israel, according to Sacks, is not anti-Semitic, which is true. The BDS movement is in no way anti-Semitic, and that again is true. But it “is a front for the new anti-Semitism”? Does that make any logical sense at all? Would any serious logician accept the conclusion of those premises as true? Or is the conclusion patently and logically invalid?

There is no way for Sacks to put those premises and conclusions together. The only reason he is able to blend them is that he is operating in a system that is ontologically irrational and contradictory.

But this patent nonsense does not stop there at all. In fact, Sacks struggles mightily to come up with a rational definition of anti-Semitism. “What then is anti-Semitism?,” he asks. “It is not a coherent set of beliefs but a set of contradictions.”[6] If that isn’t bad enough, Sacks proceeds to say:

Don’t rabbis pride themselves in studying history to see what happened? Why doesn’t Sacks even check Jewish historiographer Heinrich Graetz to see what he said about Jews in Poland and why they were despised?

Now, what do you get when you have premises that can be shown to be true but at the same time you have a bad conclusion? Good arguments? Let me use a common argument here in order to clarify what I am saying:

Premise 1: Greek is a language (true)

Conclusion: Socrates was a language

Those completely false ideas thrive and survive in the West not because they can be historically or logically demonstrated to be true but because people like Sacks have the social advantage to repeat them ad nauseam and without serious historical background and scholarship.

In fact, I personally and genuinely have tried to dialogue with people like David Turner and Caroline Glick of the Jerusalem Post and posed some of those issues with them, and I basically could not get anywhere because those people, sad to say, do not want to follow logic at all.

Now, since Sacks does not have a decent argument, all he has left at his disposal is a straw man. He builds a gigantic mumbo jumbo and then demolishes it with great relish. He writes:

“Today the argument goes like this. After the Holocaust, every right-thinking human being must be opposed to Nazism. Palestinians are the new Jews. The Jews are the new Nazis. Israel is the new crime against humanity. Therefore every right-thinking person must be opposed to the state of Israel, and since every Jew is a Zionist, we must oppose the Jews. This argument is wholly wrong.”[9]

He’s got to be kidding. Where does he get this information? Who really believes that “since every Jew is a Zionist,” then “we must oppose the Jews”? Do we oppose decent people like Norman Finkelstein, John J. Mearsheimer, Israel Shamir, Mortimer Adler, Gilad Atzmon, etc.?

Doesn’t Sacks know that it was people like Alan Dershowitz who were persecuting our colleague Gilad Atzmon? Wasn’t it the state of Israel that did not allow Norman Finkelstein to enter the country?

Don’t Jewish scholars like Ami Pedahzur and Arie Perliger write academic studies like Jewish Terrorism in Israel?[10] Doesn’t Israeli and Zionist historian Benny Morris admit that Israel has plundered the Palestinians in 1948?[11] Here again, is what Morris said back in 2004 during an interview with the Israeli writer and reporter Ari Shavit:

Is Morris propounding anti-Semitic views here? If the answer is no, would the Goyim be anti-Semitic for quoting Morris? Sacks needs to wrestle with those issues and then provide a serious answer. He doesn’t seem to lack intellectual sophistication, but since he has already been seduced by Talmudic corruption and mores, he cannot make a logical point without contradicting himself.

The argument for Zionism has gotten so bad that even the LA Times has recently declared that “Suppressing criticism of Zionism on campus is catastrophic censorship.”[13] If Sacks is right, then the LA Times is anti-Semitic, since anti-Zionism is the new anti-Semitism.

As it turns out, Jonathan Sacks is another ideologue. Back in 2002, he argued that Israel’s bitter policy is “nothing less than tragic because it is forcing Israel into postures that are incompatible in the long run with our deepest ideals.”[14] The 2002 conflict, Sacks declared, was “corrupting” Israel. Sacks said then:

“There is no question that this kind of prolonged conflict, together with the absence of hope, generates hatreds and insensitivities that in the long run are corrupting to a culture.”[15]

Sacks himself was about to puke when he saw “smiling Israeli soldiers posing for a photograph with the corpse of a slain Palestinian.”[16]

There is more: Sacks “also admits that in 1967 he was ‘convinced that Israel had to give back all the [newly-gained] land for the sake of peace – and he does not renounce that view now.”[17]

Is Sacks a vicious anti-Semite? If the BDF movement “is a front for the new anti-Semitism,” what if the movement itself got its cues from Sacks himself?