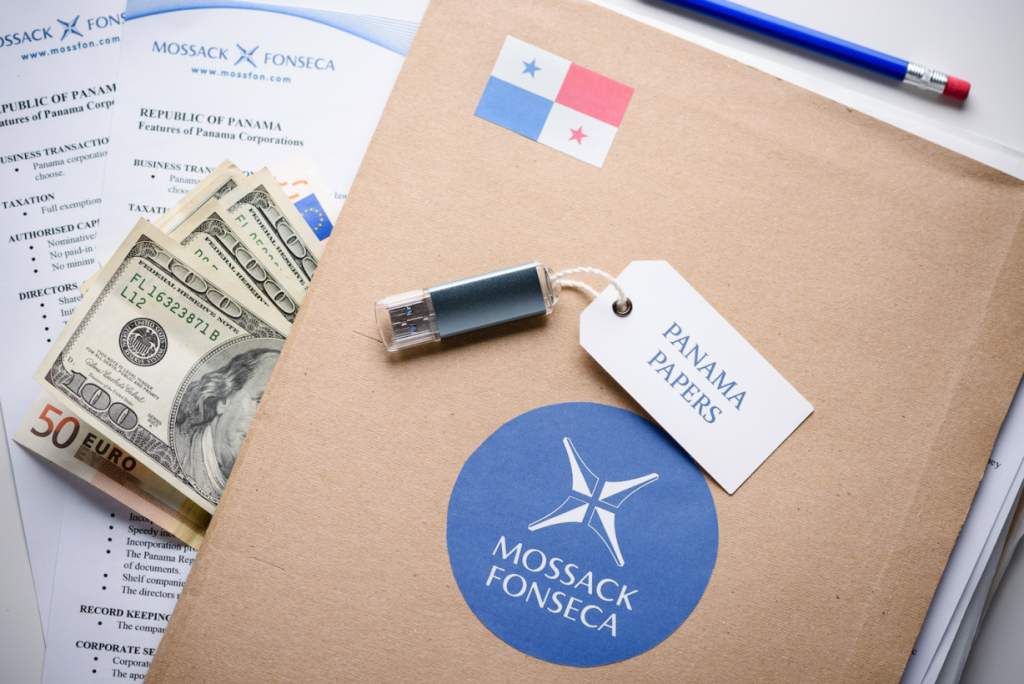 [ Editor’s Note: The new Wikileaks wannabe scam is playing out as we expected. Even Wikileaks has trashed it, perhaps thinking that might help cover that VT busted Wiki as a scam, when we caught not only the seeded and altered material, but even public records of Netanyahu telling his fellow Zionists that, “We will be okay, Assange is talking to us and nothing will be released that will hurt us.”

World media seems to never republish the gems of confessional material to be found in the Israeli media, especially the Hebrew platforms. Public record is treated like top secret material.

In digging into Assange’s background, we found him saying that Rupert Murdoch was “his hero and role model”, and he is as dirty as they come. We consider his entire media network an intelligence platform for the Israelis.

I had contacted Gerard Ryle of the International Consortium of Investigative Journalists about doing an interview. Whereas the documents look squeaky clean, I reminded him that even if they are, the “cleaning” could have been done on them prior to his group getting them, so the ICIJ would be in effect using them as a screen.

Actually, with a big country, or multiple-country Intel psyop like this, having a front like ICIJ to “launder” a story is just another day at the office.

The flashing neon clue there is that the big institutions funding them have long records of being involved in Intelligence work on a major scale. This is not a rumor, folks. As Gordon so often says, “Welcome to how the world really works.”

To date, I have had no reply from Mr. Ryle. I explained to him that we had a total corporate media blackout on us and for good reason. We are not controllable. I told him that if he were involved in the scam, we were the last people he would ever want to interview with, but if he was not, we were the best, as we would stick by him shoulder shoulder.

No major media person has ever accepted an interview with us. They know the topic would be the massive corruption in corporate media. They would rather make love to a chain saw, and I mean one that is running… Jim W. Dean ]

There is a new game in town, the Panama Papers, a massive dump of corporate records from Mossach Fenseka, a law firm in Panama with offices around the world, that sets up phony corporations for purposes of bribery and money laundering.

Their primary clients are the CIA and Mossad, the bulk of the records received by an obscure German newspaper, a huge dump, involve political leaders around the world.

However, the “dump” fell into the hands of those it was meant to expose and will now be used to blackmail some, to protect others and the documents, too many for anyone to examine or vet, have, for the last year, been seeded with fabrications and fictions just like WikiLeaks.

For those unaware, former National Security Advisor, Zbigniew Brzezinski, outed WikiLeaks as a Mossad operation on December 5, 2010, while on National Public Radio with Judy Woodruff. Brzezinski asserted that WikiLeaks was run by an intelligence organization and its leaks were largely chickenfeed with fabricated material seeded into the mix.

‘The filth of the world will be protected and the innocent, should such things exist, can be targeted in the name of “investigative journalism” as teams seed phony material in and launder out damage to the politicians, names like Netanyahu and Bush, Cheney and Giuliani, Hollande and Blair, Kasich and Snyder, Gingrich and Romney, especially Romney.’

When a German newspaper received this dump over a year ago, they turned, unknowingly, to an organization actually run by intelligence agencies, in fact those with the most to risk from the leak itself, the International Consortium of Investigative Journalists.

The entire time this trove has been available it should have been in the hands of forensic accountants working for an agency or authority that none of us can name as such an agency simply doesn’t exist. There is no international authority without an agenda to serve drug cartels and money launderers.

For the last year, lists of owners of thousands of phony corporations used to launder money, have been reviewed by dozens of “journalists.” The result thus far has been to mention soccer officials, attack Russian president Putin and to smear the reputation of a well-known worthless chiseler, Ian Cameron, father of slime ball David Cameron, long a blackmail victim tied to the News of the World “phone hacking scandal. I am not going to begin to repeat what was found out about David Cameron, but “sick” is an understatement.”

It didn’t take long for the BBC, Guardian and other bastions of the New World Order to begin their attacks on Russia. Thus far, only Russian President Putin is named, with over 20,000 corporations listed so far, Putin and a handful of defunct Icelandic politicians, a few Argentinians and some football referees.

But why focus on Russia? Russian wealth is only a tiny minority of the money hidden away with the aid of Mossack Fonseca. In fact, it soon becomes obvious that the selective reporting is going to stink.

The Suddeutsche Zeitung, which received the leak, gives a detailed explanation of the methodology the corporate media used to search the files. The main search they have done is for names associated with breaking UN sanctions regimes.

The Guardian reports this too and helpfully lists those countries as Zimbabwe, North Korea, Russia and Syria. The filtering of this Mossack Fonseca information by the corporate media follows a direct western governmental agenda.

There is no mention at all of use of Mossack Fonseca by massive western corporations or western billionaires – the main customers. And the Guardian is quick to reassure that “much of the leaked material will remain private.”

What do you expect? The leak is being managed by the grandly but laughably named “International Consortium of Investigative Journalists”, which is funded and organised entirely by the USA’s Center for Public Integrity. Their funders include:

There are many others. Do not expect a genuine expose of western capitalism. The dirty secrets of western corporations will remain unpublished.

Expect hits at Russia, Iran and Syria and some tiny “balancing” western country like Iceland. A superannuated UK peer or two will be sacrificed – someone already with dementia.

What we can expect is this, the individuals named will begin with octogenarians like Lord Janner or Jimmie Saville of Britain’s pedophile scandal. We were supposed to believe that no one under 80 had sex with kids or that prosecutions could only move forward against “deathbed defendants.”

This is certainly going to be another case of this. But there is a bigger threat, born in the meltdown and failure of WikiLeaks never really having recovered despite continual attempts to keep Assange in the news over date rape allegations. Few imagine Assange ever showed sexual interest in a female at all, not those who know his history. Then again, few know Assange’s history, his training in Israel even though his ties to Netanyahu and Murdoch are legendary.

As with the Panama Papers, WikiLeaks promised “sizzle” and brought only attacks on Iran and Pakistan, sold to the public wrapped in enough anti-Americanism to attract Russian media and backing from leftists.

Worst of all, we take the biggest opportunity in half a century to expose global corruption and see it handed to a nameless group of “blue ribbon investigative journalists” that no one has heard of who are in the employ of foundations funded by and affiliated with those most believe need to be exposed.

It has to be no surprise, as Craig Murray or Veterans Today point out, that the first attacks are aimed at Russian President Putin’s friends, backed with no proof, no detail but “leaked” in a wrapper of chickenfeed attacks on sports officials and international “nobodies.”

This is almost a repeat of WikiLeaks. Material went to the New York Times, who called the Israeli embassy who sent over teams to censor or whatever it was they did, and then approve what could be published.

This is what was admitted to, but we know it went much further. Examination of American documents involving abuses during the occupation of Iraq showed significant alteration of some documents, others totally fabricated and many others removed by WikiLeaks.

What we can expect is month after month whatever tale of woe the CIA or Mossad or the Soros organization want to spew, usually attacks on Russia or Iran, will come out as part of the Panama Papers.

For a year, a secretive group admittedly funded by what any rational person would agree are “dark forces” has been sitting on these documents.

Not one word has been released that would lead to the prosecution of a single political or corporate leader in the US though, in all probability, over half the information received would directly support criminal charges of money laundering and tax evasion against these specific groups.

Gordon Duff is a Marine combat veteran of the Vietnam War that has worked on veterans and POW issues for decades and consulted with governments challenged by security issues. He’s a senior editor and chairman of the board of Veterans Today, especially for the online magazine “New Eastern Outlook.”
__________