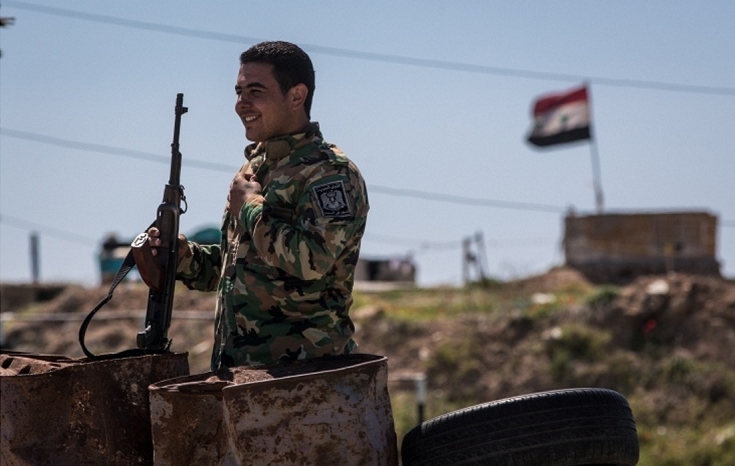 DAMASCUS, April 10. /TASS/. The Russian Aerospace Forces and Syria’s military are preparing a joint operation aimed at the liberation of the city of Aleppo, Syrian Prime Minister Wael Nader al-Halki said on Sunday at a meeting with a delegation of Russian parliamentarians comprising Alexander Yushchenko, Sergei Gavrilov and Dmitry Sablin.

“We, together with our Russian partners are preparing an operation to liberate Aleppo and block all illegal armed groups that have not joined the ceasefire agreement or violated it,” he said.

According to previous reports, militants of the Islamic State (IS) and Jabhat al-Nusra terrorist organizations, not covered by the Russian-US agreement on ceasefire in Syria, continue armed provocations in a number of Syrian governorates against civilians and government troops.

The Russian center for reconciliation of the warring sides in Syria said in a news bulletin that more than 1,000 militants of the terrorist group Jabhat al-Nusra, armed with 7 tanks and 24 all-terrain vehicles with heavy machineguns, are concentrated in the localities of Muheimhandrat, Jandul, Hraitan and Qafr-Hamra (north of Aleppo).

The ceasefire regime took effect in Syria on February 27. Shortly before, the UN Security Council adopted a resolution supporting a cessation of hostilities. The document drafted by Russia and the United States was backed by all 15 Security Council member states.

The ceasefire regime does not cover the Islamic State and Jabhat al-Nusra terrorist organizations as well as other groups ruled terrorist by the Security Council.

Russia’s Aerospace Forces started delivering pinpoint strikes in Syria at facilities of Islamic State and Jabhat al-Nusra , which are banned in Russia, on September 30, 2015, on a request from Syrian President Bashar Assad.

On March 14, 2016, Russian President Vladimir Putin ordered to start, from March 15, withdrawing the main part of the Russian Aerospace Forces’ group from Syria. Putin said the tasks set before the military “have been fulfilled on the whole.” Russian Deputy Defense Minister Nikolai Pankov said strikes on terrorists will continue to be delivered.