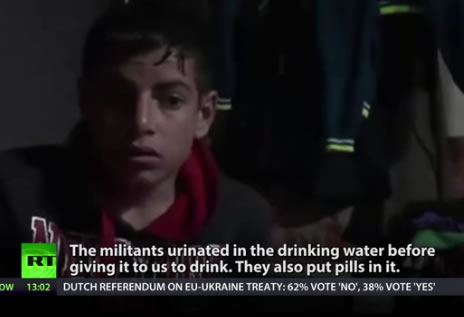 One can easily see the face of evil these days. It makes its way along crowded streets, sits in restaurants, gazes out of car windows. But what is evil, exactly? Is it simply an idea that springs out of the human mind…or is it a force or entity in its own right? And do we always know it when we see it?

“Because evil exists, Fabianus, as does the Evil One himself. And there are those who willingly follow him, those who love the darkness and hate the light, and we need to be conscious of this.”

Those are words spoken by Mary Magdalene to a young orphan boy–both of whom are characters in my new novel, The Memoirs of Saint John: When the Sandstone Crumbles. Yes, Evil does indeed exist, and there are, as well, clearly those who love the darkness and hate the light. But as to an actual entity, an Evil One, or Satan, I think whether such a being exists or not perhaps has a lot to do with the amount of willingness or receptivity that can be found in a human heart.  You could maybe think of it like a genie, whose existence depends on whether someone is willing to rub the bottle to make him come out. If the bottle is rubbed, then yes, the genie does exist.

To stretch the metaphor a little further, it would appear someone has done just that–rubbed the bottle. Moreover, it would also appear the genie, liberated from his bottle and in possession of his newfound existence, has delighted in finding a warm and hospitable reception in the capitals of some of the wealthiest nations on earth. Consider the two videos below. The first is a report on a chemical weapons attack just in the past week on the Syrian city of Aleppo. What becomes apparent as you watch the video is that some government with a stockpile of chemical weapons is now making those weapons available to terrorist groups in Syria.

The second video is even more horrifying. A young boy tells his experiences of being held prisoner by ISIS. One thing that occurs to me is that the world today is more black and white than it has ever been in my lifetime. When I was growing up back in the last century, there were a lot of “gray areas,” as they are sometimes referred to. You could look at the struggle between the so-called “free world” and the Soviet Union and find plenty such areas. The Soviet Union was not the quintessence of evil that leaders like Ronald Reagan tried to make it out as, nor was the US snow white, pure, and good. There were gray areas on both sides.

Today the world is much more black and white, the line of demarcation more clear and visible. Take the struggle in Syria, for instance. Whether you think of ISIS as a terrorist organization or as a mafia gang run by some of the world’s wealthiest financial criminals (both views of it have gained credence of late), one thing that can be said is that it is pure evil. The Syrian people and their government are resisting that evil. This is not to say that the Syrian government is perfect by any means. But rather than accept or accede to the evil posed by the West, the Syrians have chosen to stand against it. The line of demarcation is very clear. Back in the 20th century you would have found lots of gray areas. Today such areas are far fewer.

Richard Edmondson is an author, novelist, poet, and journalist whose writings often focus on Middle East issues, the Zionist lobby, and religion. His latest novel is The Memoirs of Saint John: When the Sandstone Crumbles, a story about an archaeological team doing a dig in Syria and set amidst the current conflict in the country.

In 2014 Richard attended an International Conference on Combating Terrorism and Religious Extremism, held in Damascus. The book is part two in the Memoirs of Saint John series.

Two other books by Richard are Rising Up: Class Warfare in America from the Streets to the Airwaves, relating his experiences founding and operating an unlicensed or “pirate” FM radio station in San Francisco in the 1990s, as well as a volume of poetry entitled American Bus Stop: Essay and Poems on Hope and Homelessness.

Richard is cognizant of the words of the early Christian writer Tertullian, who in the second century-basically prognosticating the fall of the Roman Empire-wrote: “We have made merry amid the ludicrous cruelties of the noonday exhibition.”

richardedmondson.net
ATTENTION READERS
Due to the nature of independent content, VT cannot guarantee content validity.
We ask you to Read Our Content Policy so a clear comprehension of VT's independent non-censored media is understood and given its proper place in the world of news, opinion and media.