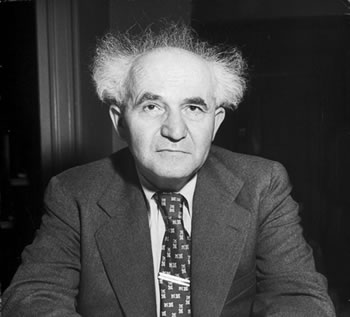 The signatories to the letter cite “allegations of gross violations of human rights” (in both Israel and Egypt) and request Kerry to look into the matter with a view toward determining whether a cutoff of US military assistance might be mandated as required under the Leahy Law.

The letter was dated February 17 but wasn’t made public until late March after a video went viral showing Israeli soldier Elior Azaria firing a gunshot at point blank range into the head of a Palestinian who had been wounded and lay on a street practically motionless.

What that video clearly shows is an act of murder, but the charges against Azaria have been reduced to manslaughter, and some say even that is nothing more than public relations. The video comes at a time when approximately 200 Palestinians have been killed in what the Israelis in most instances have alleged to be stabbing attacks, but in a number of these cases witnesses have refuted the official version of events, and there have been numerous allegations of knives being planted on or near bodies.

Moreover, the killings didn’t start with the outbreak of the latest intifada. In July of last year, Jewish settlers threw petrol bombs into a Palestinian home, killing three members of the Dawabsha family, including an 18-month-old baby, and a few months after that a video surfaced showing Jewish radicals celebrating the attack while stabbing the baby’s photo.

Four people are presently facing charges in the Dawabsha case, though only one has officially been charged with murder, and even if he is convicted, it’s doubtful he will face more than a couple of years in prison. Moreover, the arson attack on the Dawabsha home wasn’t the first time Jews in Israel burned someone to death. In the summer of 2014, Jewish settlers kidnapped 16-year-old Muhammad Abu Khdeir off the street and set him on fire after forcing him to swallow gasoline. It would require a diseased mind to do that to anyone, much less a 16-year-old kid who had done nothing to harm the attackers.

Clearly there is a problem in Israel with murderers running rampant, but this is nothing new. It has been a problem ever since the the Jewish state has been in existence–something recognized by no less than David Ben-Gurion. Moreover, Ben-Gurion put forth a proposal for stemming the tide of butchery, though actually his solution was not that novel or new. Simply put, he advocated imposing the death penalty. Only this, he reasoned, would deter Jews from the gratuitous killing of Arabs. The former prime minister’s thoughts on the matter were expressed in a cabinet meeting in 1951, and were the subject of a recent article in Haaretz.

“I’m not the justice minister, I’m not the police minister and I don’t know all criminal acts committed here, but as defense minister I know some of the crimes, and I must say the situation is frightening in two areas: 1) acts of murder and 2) acts of rape,” he said.

Ben-Gurion at the time was serving simultaneously as prime minister and as defense minister, and the subject up for discussion that day was whether or not to abolish the death penalty–a statute still left on the books from the years of the British mandate. Most of those present were in favor of abolishing it. Ben-Gurion and a few others were opposed.

“In general, those who have guns use them,” Ben-Gurion asserted, adding that some Israelis “think Jews are people but Arabs aren’t, so you can do anything to them. And some think it’s a mitzvah to kill Arabs, and that everything the government says against murdering Arabs isn’t serious, that it’s just a pretense that killing Arabs is forbidden, but in fact, it’s a blessing because there will be fewer Arabs here. As long as they think that, the murders won’t stop.”

Ben-Gurion said he, too, would prefer fewer Arabs, but not at the price of murder. “Abolishing the death penalty will increase bloodshed,” he warned, especially between Jews and Arabs. “Soon, we won’t be able to show our faces to the world. Jews meet an Arab and murder him.”

Keep in mind Ben-Gurion’s comment about the “mitzvah to kill Arabs” and the Israelis who regard Arabs as less than human. One who sided with Ben-Gurion  on the death penalty debate was Foreign Minister Moshe Sharett, but for the latter it was a complete reversal from a previous position he had taken on the issue. When the capital punishment issue first had come up in 1949, Sharett had been in favor of abolishing it. But by 1951, Sharett had had a complete change of heart.

“With great regret I’ve become convinced that abolishing the death penalty is inconceivable,” he announced, noting that even countries “which are immeasurably more humane than we are – I’ve spent years there and I live here – maintain the death penalty.”

The main reason for his U-turn, however, was “the crimes that have happened and are happening week after week, especially in the army,” including some that weren’t public knowledge. Sociopaths might not be deterred by the death penalty, Sharett admitted, “but that Jewish chap who kills two Arabs he met on the road, I’m not willing to say, without trying it first, that he’s a killer by nature and won’t fear the death penalty.”

Some Jews, Sharett said, think “every Arab is a dog, a wild dog that it’s a mitzvah to kill.” And “to save them from killing human beings, it’s a mitzvah to have the death penalty here. As long as we don’t have it, these murders will continue, and we’ll be held accountable, and it will create moral corruption here…”

Once again we have a reference to Jews regarding Arabs as subhuman, and note also Sharett’s comment about “sociopaths” as well as his remark about countries “which are immeasurably more humane than we are.” It is as if Sharett is conceding that Jews by nature are not especially humane–you could almost read that into the quote.

In any event, the death penalty in Israel was officially abolished in 1954.

The world just a few days ago marked the 68th anniversary of the Deir Yassin Massacre. On April 9, 1948, members of the Ergun and Stern Gang terrorist groups invaded the village of Deir Yassin at about 3 a.m. and began slaughtering its inhabitants. When they met with resistance from the villagers, they put out a call for help to the Haganah (which later became known as the “Israeli Defense Forces”), which indeed responded to the call. By the time it was over, some 250-360 Palestinians lay dead.

And Deir Yassin has been repeated in one form or another down through the years, including in Gaza which seems to get a thunderous torrent of murder and mayhem unleashed upon it every other year or so.

It is kind of ironic that Sharett and Ben-Gurion, as we can see now, shared at least one thing in common with Adolph Hitler–all three advocated the death penalty for Jews. The reason I invoke Hitler’s name is because history, and particularly Jewish history, has a tendency to run in cycles (109 expulsions since the year 250 A.D.), and Israel’s ability to flaunt its barbaric behavior, while at the same time continuing to receive support from Western politicians, simply underscores in people’s minds the extent to which Jews hold power over them.

Politicians such as Hillary Clinton may think they’re doing a service to American Jews by pandering to AIPAC and pledging their eternal fealty to Israel, but in reality they may be accomplishing just the opposite. A good many of America’s problems right now are attributable to bankers and media owners, and the fact that Jews dominate in both industries (“and so what if we do?” wrote one rather famously) is not being lost on increasing numbers of people.

In other words, the anger is spreading outward. It is no longer confined simply to “Israel” or its “lobbies.” It is spreading outward–to encompass Jews in general. You don’t see it so much in public spaces, but on the Internet it is plainly visible. And probably for this reason the Department of Homeland Security has awarded more than 90 percent of its grants to Jewish organizations–a gesture which may increase security at a few synagogues and community centers but which will also have a tendency to stoke the public anger even further.

For this and other reasons, it might be well, for those with the capability of thinking rationally, tactually go ahead and invoke the Leahy Law at this time and cut off military aid to Israel. Doing so would act as an escape valve; it would help defuse some of the public anger. And for whatever it’s worth, I think David Ben-Gurion would approve, for it might well impress upon the Israelis that there are consequences to actions–something they don’t presently seem to understand.

Invoking the Leahy Law would have other bonuses as well. A cutoff of military aid would reduce Israel’s ability to wreak havoc in the Middle East, and reducing its capacity for creating havoc will make for a saner world than we have at present. It will not, of course, cleanse the collective Jewish psyche of its supremacist tendencies, its murderous urges, or its inclinations to view others as subhuman.

How that may ever be achieved, I do not know. It may well require an act of God.