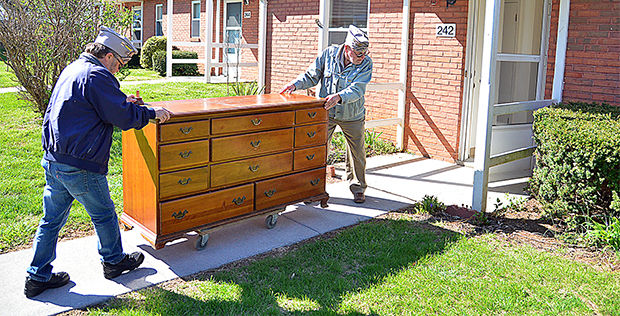 John Ross had a hard time finding himself without the Navy.

Ross said his first stretch in the service lasted from 1979 to 1984. But when he got out, he started using drugs and alcohol.

In an effort to regain his sobriety, Ross said he signed back up and served in the Navy Reserve. After his second stint ended in 1996, he said he slid back into addiction and wound up living on the streets of Baltimore.

“I had a hard time finding work and staying sober,” he said.

It wasn’t until 2009 that Ross, now 62, sought treatment for his substance-abuse problems at the Martinsburg (W.Va.) Veterans Affairs Medical Center.

He said counselors at the hospital told him about the North Point Veterans Program, a VA-funded transitional housing program that gives veterans an opportunity to find employment and get counseling for substance-abuse and mental-health issues.