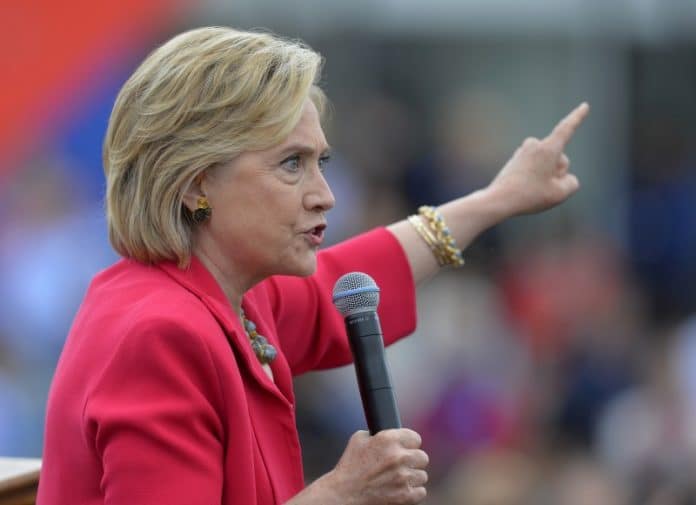 First half hour: Sociologist and global affairs analyst James Petras is the author of one of the best-ever analyses of the US war party: “Wars: US Militarist Factions in Command,” published in ANOTHER French False Flag? Bloody Tracks from Paris to San Bernardino.

In his new article Pluto-Zionists Support for Hillary: The Marriage of Plutocracy, Rightwing Zionism and Hillary Clinton, Petras writes:

Pluto-Zionism is the three-way marriage of plutocracy, rightwing Zionism and US presidential candidate Hillary Clinton, a serial war criminal, racist and servant of Wall Street. How did this deadly ménage-a-trois come about? The answer is that a stratospherically wealthy donor group, dedicated to promoting Israel’s dominance in the Middle East and deepening US military intervention in the region, has secured Clinton’s unconditional support for Tel Aviv’s ambitions and, in exchange, Hilary receives scores of millions to finance her Democratic Party foot soldiers and voters for her campaign.

“China syndrome” is a fanciful term that describes a fictional worst-case result of a nuclear meltdown, where reactor components melt through their containment structures and into the underlying earth, all the way to China. In today’s global economic climate it means that China’s over built managed economic boom fueled by margin buying and excessive debt has exposed its global illusion of prosperity, as well as a commodity bubble and the threat of a worldwide economic recession. This looming financial meltdown is potentially more ominous than the 2008 Global Financial Crisis.