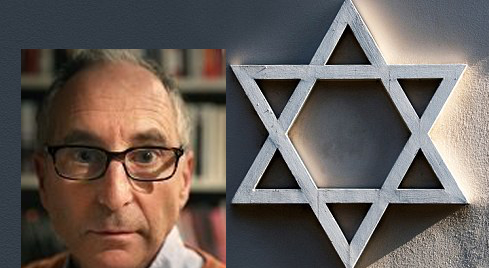 If you are curious about why the Labour Party has been groveling to the Jewish Lobby for the last few months, Jewish Donor Michael Foster provides the nitty gritty – – the numbers of kosher domination.

In his commentary in The Daily Mail , Foster, who donated £400.000 to the party ahead of last May’s election, reveals “This year, no major Jewish donor has given a pound to the central Labour Party.”

The numbers are shocking. “In the run-up to last May’s General Election, the Jewish community donated almost one-third of the £9.7 million that Labour received from private donors – and that despite recoiling from Labour’s parliamentary vote to recognise Palestine.”

British Jews who make up less than 0.5% or the British population raised a third of the funds for Labour’s campaign and this occurred at the time Jews were institutionally separating from the politics of Labour’s PM candidate, Ed Miliband.

These huge donations explain Corbyn’s embarrassing behaviour at his meeting with the Jewish Lobby.  The Labour party is evidently dependent on the shekel pipeline. The numbers reveal why Labour has been hijacked by Jewish interests. Whether or not we like it, our leading opposition party is a hostage begging for the mercy of few wealthy Jews.

According to Foster, the emerging gulf between Labour and its Jewish paymasters is “a tragedy” because“the values of Judaism and the Labour Party are well aligned.”  It would be great if Foster would explain how the values of a tribal exclusivist religion that is blood oriented are ‘aligned’ with a party that claims to be anti racist,   inclusive and universal.

According to Foster as late as 1997, “70 per cent of the British Jewish community, voted for the Labour Party. Today it would be less than 25 per cent.” Someone should explain to the Jewish donor that a drop of 45% of an ethnic group that comprises to 0.5 per cent of the electorate is pretty insignificant. For the last three months Labour has very little for working people and has instead cried constantly about anti Semitism, proving that Jewish funding and not its votes is what is so corrosive.

If you wonder why Sadiq Khan, Labour’s candidate for mayor of London is more Zionist than the Israeli ambassador, Foster provides the answer. “I and many other Jews who support Labour, have this year donated directly to Sadiq Khan’s campaign for London Mayor.”  Apparently making Labour politicians into Likudniks is simple. All it costs is a few shekels.

“This is about how safe the Anglo-Jewish community feels in Britain,” Says Foster, This year I witnessed a child of mine getting up to speak at a political meeting at a leading university only to see the argument drowned out by hooligan white male students shouting: ‘Zio, Zio, Zio…The word Zio for those not used to the language of the young is not a shortened reference to a Zionist but slang for Jew.”

Mr. Foster you are wrong. Zio is a clear reference to a Zionist, You are obviously one, whether you son is or isn’t, I have no idea. My advice to you, now when you decided to save on Labour, is to use those extra shekels in your pocket to buy the ‘leading university.’ Then you can just expel all the white male Goyim together with the two Anti Zionist Jews.  Such a progressive move is consistent with Jewish goy hatred and deprives Goyim of a platform. I assure you that this plan will make the university into a safe haven for your son and other young Jews.