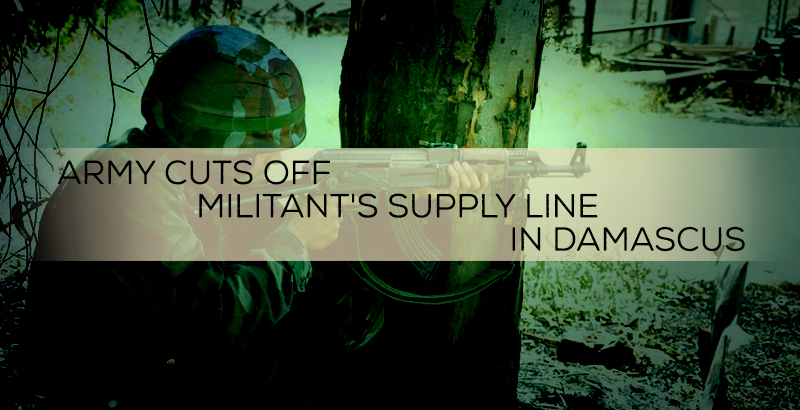 On April 11, the Syrian Arab Army (SAA) and the National Defense Forces (NDF) took control of the storage area between Tal Kurdi and Tal-Sawwan cutting off an important militant supply route between the towns of Tal Kurdi and Tal Sawwan in the East Ghouta. Thus, Jaysh Al-Islam and Al-Nusra units lost their last supply line in the East Ghouta. It’s expected that Tel Kurdi will become a next aim of the pro-government forces.

Following five days of fierce clashes, ISIS militants seized the Palestinian Yarmouk refugee camp in the Southwestern part of Damascus city from the Al-Nusra terrorist group. It marks that a shaky alliance between ISIS and al Nusra, which has been established after the Russian intervention in Syria, expired.

Meanwhile, the SAA and its allies launched a military operation to seize back the town of Al-Eis in southern Aleppo. The town is controlled by Al Nusra and FSA units. Heavy clashes are ongoing there.