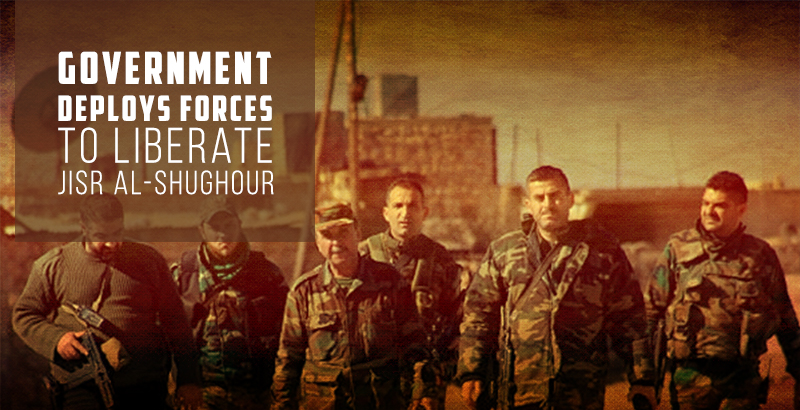 Al Nusra and FSA militants repelled the pro-government forces’ offensive on the strategic town of Al-Eis and the al Eis hilltop in the Aleppo province on April 12. According to ground reports, the Iranian Islamic Revolutionary Guard Corps (IRGC) and Hezbollah units supported the Syrian Arab Army (SAA) in this operation.

Pro-militant sources report that from 50 to 70 pro-government soldiers were killed in the clashes. However, these numbers haven’t been confirmed by photos or videos. In turn, the Syrian government forces have reportedly killed over 250 al Nusra militants in Southwestern Aleppo during the past week. The loyalist forces will make another attempt to liberate Al-Eis today.

The SAA and the NDF repelled an attack of al-Nusra and its allies on a strategic highway linking Damascus to Quneitra in Southern Syria. Al-Nusra militants advanced on the al-Salam highway from four directions: Filat al-Azm, al-Khalil Farm, Marmala and al-Mansha al-Sanayeh. However, their attempts failed.

Meanwhile, the Syrian forces cut off another supply line belonged to al-Nusra and Jeish al-Islam in Eastern Ghouta capturing several sites along the Tal Sawwan-Hawsh Al-Farah road. This allowed the SAA to impose a fire control on the road. Now, the Syrian forces are preparing an operation to liberate Tal Kurdi.

Unconfirmed reports argue that the Syrian government is redeploying troops to conduct an operation in the militant-held Jisr Al-Shughour. However, such operation will be hardly possible while the situation remains tense in Aleppo.

Last week, unveri able number of Yazidi Kurdish fighters arrived at a training camp in Sinjar District, west of Mosul to begin military training at a camp run by the PKK-linked Yazidi Protection Forces (YBS). The PKK will reportedly stay in Sinjar until the recapture of all Yazidi areas and Mosul.