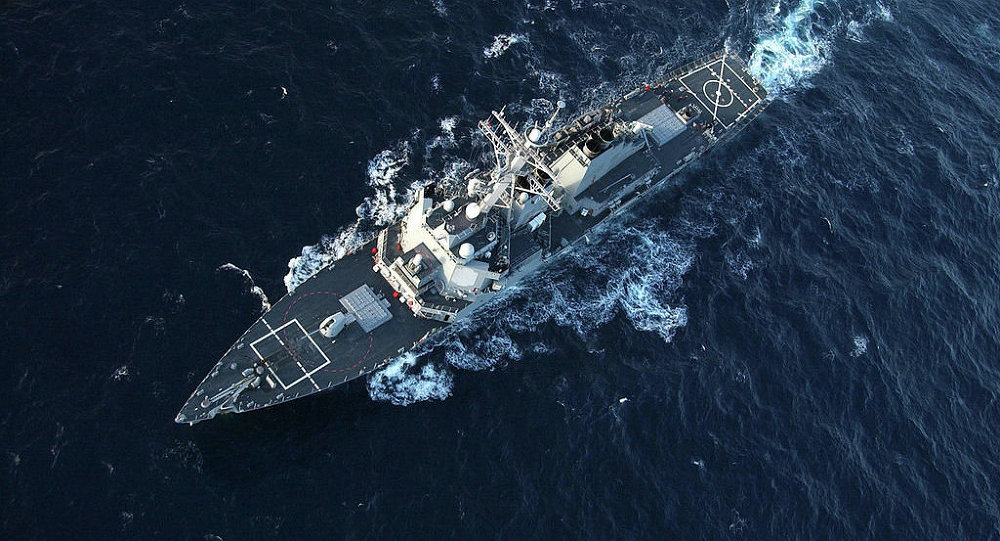 [ Editor’s Note: This is really a silly story in regard to the US huffing and puffing up the non-existent danger from these unarmed planes. The US has a long history of doing exactly the same thing wherever and whenever it chooses.

The most common reason is to trigger the radar responses from the target’s defenses to collect that intelligence for jamming purposes, but of course the taxpayers paying for it are the last to be told what is going on. No opportunity to manipulate them is ever passed up by our Pentagon.

Unmentioned in this report was the tie in to Gordon Duff’s last article on the Keshe Foundation technology that was used to black out all the Donald Cook’s electronics. The original story about it had mentioned one Russian plane involved, but where Dr. Keshe tells us that two are required.

Were the Russian planes doing this to test if the US would turn on any jammers that might have been developed to defeat what had been used to disable the Cook? These “sporting probes” are generally done to test the adversary’s reactions to collect any electronic responses possible, both training missions and also intelligence gathering at the same time… Jim W. Dean ]

Two Russian fighter jets have made “simulated attack” passes near a US navy guided missile destroyer in the Baltic Sea, says a US official.

The incident took place on April 11, when USS Donald Cook was confronted by two Sukhoi SU-24 warplanes in international waters off Russia, a senior military official told CBS News on Wednesday, speaking on condition of anonymity.

The Donald Cook had left the Polish port of Gdynia and was about 70 nautical miles from Kaliningrad in the Baltic Sea and the Russian jets made 20 passes of it while flying within 915 meters (1,000 yards) at an altitude of just 30 meters (100 feet).

Describing the move as one of the most aggressive acts in recent memory, the official said the Russian bombers were flying so close that caused “wakes in the water.” The aircraft had no visible weaponry.

A similar incident happened the next day when two Russian KA-27 Helix helicopter made several circles around the US warship, taking pictures of it, according to the official. The two SU-24s then reappeared, making numerous close passes in what the official described as “Simulated Attack Profile.”

According to CNN, “there is an intense discussion about releasing video and still photos of the Russian encounter to demonstrate the danger the jets posed to the ship.” Such close encounters between Russian jets and US warships patrolling near Russian territorial waters are not unprecedented.

Last year the Pentagon said that a close-flying Russian jet flew within a few thousand feet of the USS Donald Cook which was conducting a “routine mission” at the time.

The unarmed Russian plane made at least 12 passes over a period of about 90 minutes. The event ended without incident. US army Colonel Steve Warren called the action “provocative and unprofessional.”

Also in June 2015, US navy released footage that purported to show a Russian SU-24 flying in close proximity over USS Ross in the Baltic Sea.

Washington believes the overflights breach a 1970s agreement which was designed to prevent such unsafe incidents at sea. The incidents come as tensions are on the rise between the US and Russia over the ongoing conflicts in Ukraine and Syria.