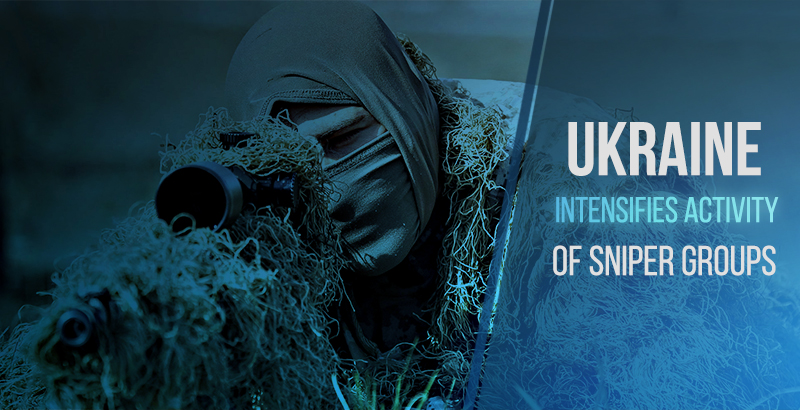 The Donetsk People’s Republic Security Service declared the detention of the colonel of Ukraine’s Security Service, in the past one of the commanders of “Alpha” unit. According to DPR officials, the suspect stated he was the acting representative of the UN mission in Donetsk. At the same time, he wasn’t registered as the employee of the mission and came to the territory of the republic without the corresponding notice. On the same day, the representative office of the United Nations in Ukraine declared that the employee of the UN had been detained in the territory of Donbass currently not under the control of Kiev.

On April 12, the Lugansk People’s Republic militia shot down two UAVs of Ukraine’s Armed Forces. According to the LPR People’s Militia Major Andrey Marochko, the Kiev side intensified the activity of sniper groups and intelligence with use of UAVs along the contact line.

The representatives of OSCE SMM to Ukraine registered the mining of the Kiev-controlled territories near Zolotoye. The mines have been likely set by Kiev’s forces.

During the revision of the constant places of the Armed Forces of Ukraine military equipment storage, OSCE representatives registered the absense of 6 anti-tank guns ‘Rapier’, 20 mortars ‘Cornflower’ and ‘Sledge’, 16 T-72 and T-64 battle tanks. It’s obvious that the absent equipment is deployed at the contact line.

The Ukrainian military has been shelling the Donetsk-Gorlovka road in order to cut the communications between these cities. Especially heavy artillery fire was observed near Yasinovataya.
Meanwhile, Kiev-sponsored media report that DPR and LPR militias increased shellings at the contact line. According to reports, the militia forces shelled positions of the Ukrainian military 87 times only on April 13. 8 Ukrainian servicemen were wounded. Separately, a Ukrainian infantry fighting vehicle was blown up by a landmine.