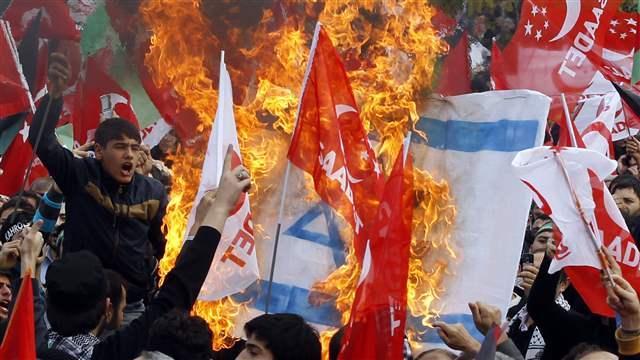 DESI confirms to VT that UK companies signed contracts with Beirut municipality for the purchase of monitoring and eavesdropping equipment to spy on the activities of the resistance in Lebanon.

The United Kingdom is also intending to install similar equipment at the Syrian-Lebanese border for the purpose of espionage and collecting Intel on the military preparations taking place by the Syrian army aided by the Russians and the Iranians. The monitoring does not include the border of Israel.

European Department for Security and Information (DESI) Secretary General  Dr Hassaim Bou Said say  “the Hyena plays when the lion is away.” The British are boosting their security and intelligence role in the Middle East, benefiting from the absence of the United States, which is preoccupied with the presidential election campaigns, and turning a blind eye to the British sinister role in collaboration with Turkey and Israel.

UK has already threatened to withdraw from the European Union on the premises of the refugee plight that is threatening the community security. The British Government has sufficient data purporting that Europe will witness more terror waves that would ultimately lead to its social and economic disintegration.

DESI says “Turkish-Israeli military alliance is round the corner with the help of the British to establish ethnic and sectarian  cantons that will preserve Israel security and national interests.”

Bou Said Says “the UN must define the meaning of terrorism unequivocally in order to avoid any cards reshuffle by the states which are sponsoring and supporting terror activities, and want to drag the volatile region into additional violence, carnage and destruction.”

It seems that the US administration is working now on containing the crises not finding solutions for them, awaiting the upcoming administration to tackle all the suspended dossiers  in conformity with its new external policy outlines.

“You must  recall the historical concept “Great Game” – a global historical confrontation between the British and the Russian Empire. Then everything will be clear. I think for all not a secret that Britain is in command of the USA, and not Vice versa! Britain’s Queen stands at the head of the Committee of 300 – World Global Government. British Masonic lodges are dominant in the world. Britain still wants to single-handedly command in the Middle East.”

“The British post-colonial world of today is crumbling and bursting at the seams. The only country that interferes with the British plans in the middle East is Russia, which will not leave the Middle East ever! It is therefore natural that Britain will parley even with the devil against Russia, the sources said.”

“ Erdogan will not be able to establish relations with Russia. It is expected that a wealthy country like Britain will reward him for the sale of his anti-Russian policy,” the sources added.

Not necessarily on April 7, in all probability, they also discussed Turkish-Israeli interests in Syria — along with the Brits (probably MI6).

Due to what he’s doing in Syria (etc.), Erdogan needs all the allies that he can get now.  Bibi/Mossad & Cameron/MI6 may be amongst Erdogan’s last remaining allies.  However, they too are unreliable for Erdogan.