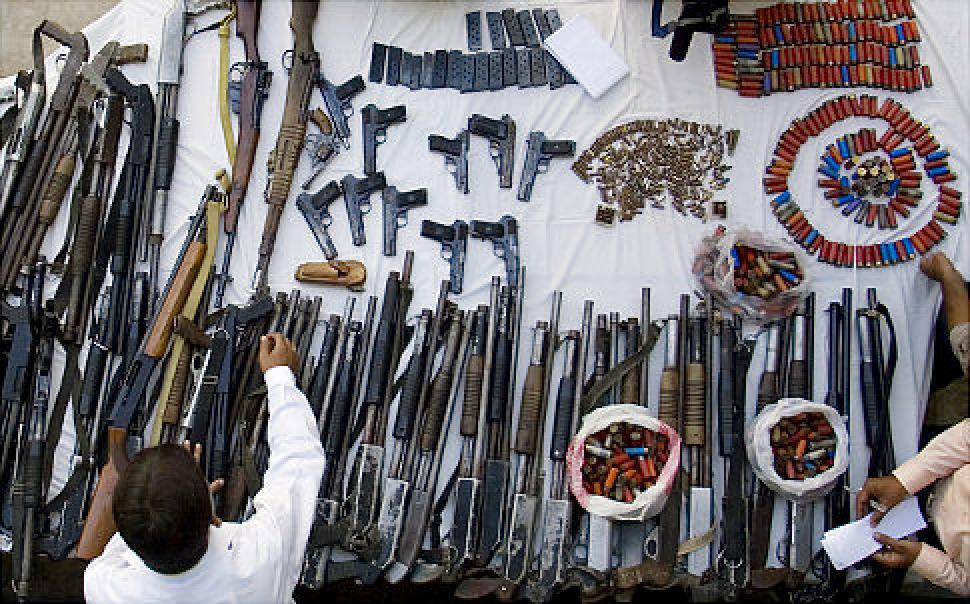 [ Editor’s Note: General Raja goes back with VT many years now, much of that due to his being one of the most respected strategic military and geopolitical affairs writers in Pakistan.

We lost General Hamid Gul, and Major Raja Mujtaba, another well known military expert and TV personality in Pakistan.  So we pray for good health and long life for General Raja.

Western media does not cover the complexities of the Pakistani-India long running dispute because it is so unfamiliar to us.

Despite English being his second language, Raja can lay it out as straightforwardly as possible for those with limited background and time to stay current on the ongoing conflicts, despite a rumor going around that we are supposed to be in the post-Cold War period.

It certainly is hard to tell just by looking at the headlines every morning… Jim W. Dean ]

India has not reconciled to the existence of Pakistan and strives to reduce it to the status of a Satellite State. While Indian Congress preaches soft Hindutva behind the façade of secularism, BJP and other extremist Hindu groups profess hard Hindutva.

Hindu extremism in India has gained political, military as well as ideological strength and in foreseeable future fever of Hindutva is not likely to die down. India is strategic partner of the US, Israel, Afghanistan and is the darling of the west. As such it will retain its diplomatic ascendency in next ten years if not more.

India has been trying to destabilise Pakistan since 2004 with the help of her strategic partners; and also trying to encircle it by consolidating her presence in Afghanistan, Central Asian Republics (CARs), building North-South Corridor linking Mumbai Port with Bandar Abbas; and Chabahar with Afghanistan-CARs.

India is working hard to disrupt China-Pakistan Economic Corridor (CPEC), and to isolate Pakistan by tarnishing its image and spoiling its relations with Afghanistan, Iran, Gulf States and the US. It will not compromise on Kashmir and may agree to settle Siachin, Sir Creek and water disputes if Pakistan forgets Kashmir.

Composite dialogue is meant to buy time and show to the world that India is keen to restore peace and live as friendly neighbor. India will keep playing terrorism card, Baluchistan and Sindh cards to bleed Pakistan and keep it on the defensive.

Pakistan has remained the most allied ally of the US since mid-1950s, in practical terms the US ditched Pakistan when its support was needed the most. After 9/11, Pakistan was declared a non-NATO ally but it was at best a tactical partner for achievement of the US short term objectives.

Pakistan’s nukes are an eyesore for India, Israel and USA and the massive covert war launched from Afghan soil was aimed at denuclearizing Pakistan.

The War on Terror beefed up with propaganda/water/drone wars was designed to make Pakistan politically unstable, socially traumatic, economically fragile, and militarily weak so as to paralyze and exhaust it and force it to abandon its nuclear program.

Alternatively, defame Pak nuclear program and seek UN intervention for safe custody of nukes, arguing that the arsenal was liable to fall in wrong hands. Or else, execute any of the prepared contingency plans to destroy or steal nukes.

India’s Cold Start doctrine is aimed at offsetting Pakistan’s strategic nuclear doctrine, and executing it at a time when bulk of Pak forces had got pinned down in designated restive areas.

Afghanistan under Hamid Karzai remained aligned with India and hostile to Pakistan, thereby created two-front threat to Pakistan. Afghan Unity government has brought little change in its stance. Sinister designs of adversaries of Pakistan received a huge setback when ISAF failed to defeat Taliban and abandoned Afghanistan in December 2014.

The turnaround of Pakistan’s sunk economy and its image because of better governance, financial management; brilliant successes achieved in counter terrorism have poured cold water on the sinister plans of enemies of Pakistan.

Pakistan today is looked at with admiration and respect and is in demand to help in restoring peace in Afghanistan and in Middle East.

Irrespective of apparently changed outlook of USA and the west, their objective of disabling Pakistan’s nuclear program, or as a minimum curtailing its minimum deterrence capability remain unchanged.

Having failed in their objectives through covert and overt operations, the adversaries are now making all out efforts to mar civil-military relations and to bring down the ruling regime so as to create chaos. Panama Leaks could be a step in that direction.

With hostile India on its east, Pakistan can ill-afford to have pro-India and anti-Pakistan regime in Kabul posing a twin threat to its security.

Till such time unity regime gets out of influence of India, reins in anti-peace elements, and cooperates with Pakistan, peace will not return in Af-Pak region.

Only joint and collaborative efforts can tackle terrorism and not blame-game.

It’s to be seen whether the US after abandoning Afghanistan would forsake its declared and hidden objectives, or continues with its proxy war to pursue its mercantile interests and to disable Pak nuclear program?

Ultimate solution to Afghan imbroglio will have to be found by the Afghans themselves. Others can at best facilitate dialogue.

Nuclear might, a strong army, and full coffers will neither make us a strong nation, nor will help in making us morally strong and virtuous. Each one of us will have to carry out self-accountability and put own house in order rather than finding faults in others.

Home and educational institutes being the best training centres and reformatory laboratories, should play their role to improve moral turpitude of contaminated society.

Our leaders must bridge societal divides, improve governance and social justice, restore pristine values, alleviate the problems of have-nots, integrate the divided society and consolidate home front. This will be possible only when we cure cancer of corruption which is eating into the vitals of the country like a termite, and terrorism which is jolting the very foundations of Pakistan.

We need to reform our electoral laws, accountability, judiciary, police and our feudal mindset. There is dire need to refurbish our moral fibre by following the righteous path as inscribed in the Quran and taught by Prophet Muhammad (pbuh). Civil- military must remain on one page to overcome complex challenges.

Regime change or mid-term elections as professed by some in the wake of Panama Leaks will prove fatal for political stability, economic growth, fight against terrorism and ongoing projects including CPEC. The system howsoever flawed must continue while ensuring checks and balances.

Media must be disciplined and made into 4th pillar of Pakistan rather than a tool of our adversaries.

Rather than putting all its eggs in the US basket, Pakistan should diversify its foreign policy by building ties with Russia. Grant of ‘Most Favored Nation’ status and land access to India through Wagah border should be linked with resolution of core issues.

Pakistan should continue to convince the US and Afghan government to limit India’s role in Afghanistan since it is the chief trouble maker. Concerted efforts be made to counter Indian propaganda in Afghanistan aimed at poisoning the minds of Afghans against Pakistan and allay their misperceptions.
Diplomatic pressure must be exerted on Iran to prevent RAW from using Iranian soil for sabotage and subversion in Baluchistan and Karachi, as has been revealed by a recently arrested RAW officer Naval Commander Kal Bhushan Yadav.

At the same time, Iran-Pakistan gas pipeline project which had remained in limbo because of sanctions on Iran to be expedited and used as a means to forge closer ties with Iran.

Additionally, efforts be made to remove apprehensions of Iran over Gwadar and to make the Gwadar-Chahbahar ports supplement each other’s economic potential rather than becoming rivals. Pak-Afghan and Pak-Iran security are mutually intertwined and indivisible. It is Pakistan’s strategic compulsion to have friendly relations with both and must strive hard for it using all its diplomatic skills.

Pakistan must further refine its Full Spectrum Deterrence to keep India deterred. Under no circumstance, tactical nuclear weapons capability achieved through short-range Nasr missiles should be bottled up. Development of CPEC and Gwadar Port must continue with full commitment to overcome socio, politico, economic inequities and security concerns.

Pakistan should act as a bridge between the two ideological rivals – Saudi Arabia and Iran, and remove their differences.China and Saudi Arabia are Pakistan’s most trusted and reliable friends. Friendship should be cemented.

Pakistan should assert and exert its geo-strategic position and significance, extract its due share and uphold its self-esteem rather than following a self-defeating policy of appeasement.

To conclude I would say that Pakistan has remained under the deceptive magic spell of the US for too long without any gains. Pakistan has neither become a developed country, nor an Asian tiger, nor achieved security.

It has been ceding ground to win the friendship of India but couldn’t change the mindset of Brahman rulers who have not missed any opportunity to harm Pakistan. Unity government in Kabul is wholly in the grip of USA and India and will continue to prefer India over Pakistan.

Notwithstanding the need to maintain friendly relations with all the three, this fatal affection must not be at the cost of national interests and dignity of the nation. Strong and united home front is the best defence against internal and external challenges. Concept of “Unity in Diversity” should be promoted.

Last but not least, each one of us must carry out self-analysis and self-accountability rather than of others.  Those who say, “Not me, I’m honest” is not telling the whole truth.