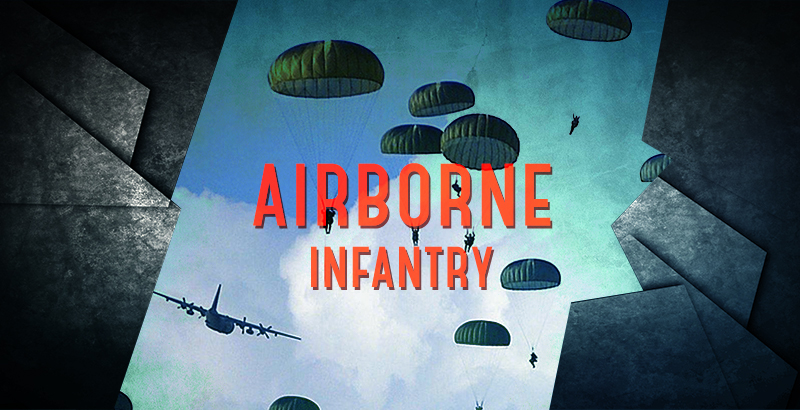 No country has done more for the development of airborne forces than Russia. They were an integral part of the Deep Battle doctrine developed in the 1930s, and already in 1936 the large Red Army maneuvers near Kiev featured a brigade airdrop. These units went on to fight with distinction in the Great Patriotic War, usually as ordinary infantry.

However, they also participated in a number of airborne operations against the Germans, though the largest Soviet use of airborne forces was against Japan during Operation Autumn Storm in 1945 in Manchuria. Following the war, the Airborne Forces, or the VDV, became an independent branch of service under the command of the legendary General Margelov and developed a sophisticated doctrine and equipment suite which had no equivalent anywhere else in the world.

The end of the Cold War has not reduced the VDV’s importance. Rather the opposite: with the end of the bipolar world, the reduction in the size of conventional forces, and the emergence of new threats in the form of Sunni fundamentalism and hybrid wars, airborne units’ strategic significance has only increased.

Since any future war will feature fluid front lines and open flanks, the ability to airlift or airdrop a light mechanized brigade or even a division to a crucial part of the theater of war can play a decisive role in the outcome of the entire operation. Moreover, the VDV are not only a battlefield but also a strategic force.

They are ideal for the so-called coup de main operations which preempt enemy moves, and which can be employed in virtually any operational theater where great power interests clash, sovereignty is limited or non-existent, and possession is nine-tenths of the law. Such contested zones today include the Arctic and the Middle East where there are large areas not subject to the sovereignty of any one state.

In the future they may also include Ukraine which is facing a distinct prospect of an outright state failure, Transcaucasus, whose countries are facing major internal problems, and also Central Asia which will have to face subversive influences fanned northward from Afghanistan.

The VDV even have a role to play in the ongoing but still fairly tame confrontation with NATO. The small size of the three Baltic States, means these three NATO members could be overrun and paralyzed in a matter of hours by air-dropped and helicopter-borne units, long before any external help could arrive. Holding the Baltic States at risk is a significant component of Russia’s conventional deterrence posture.

It is both with these operational and strategic missions that the VDV are undergoing reorganization and expansion. While in 2014, the VDV personnel strength was 36 thousand troops, a year later it reached 46 thousand, and by 2018 it is to reach its new ceiling of 72 thousand. By that time the VDV will have five divisions, the 7th, 76th, 98th, 104th, and 106th, each with three airborne regiments, 1 artillery regiment, and 8 thousand troops each, and 5 air assault brigades.

Whereas the divisions are mainly intended for long-range strategic operations, the helicopter-mobile air-assault brigades would be used mainly to support Ground Forces operations by seizing key terrain ahead of friendly units advance or dislocating enemy defenses by operating in rear areas or on the flanks of enemy forces.

The numerical expansion is accompanied by equipment modernization. The BMD-4M airborne infantry fighting vehicle has no equivalent in the world, save for China’s, which is based on Russian designs. In the upcoming years the VDV will also receive a number of 2S25SDM-1 Sprut light tanks/tank destroyers armed with 125mm cannon, Zauralets-D 122mm airdroppable self-propelled howitzer, and a range of supporting vehicles.

The VDV will also receive an unspecified number of T-72B3 main battle tanks to provide the airborne units with heavy armor capability. Nor is the aerial component being neglected. In addition to the Il-76 fleet modernization program, the Russian Aerospace Forces have launched a program to develop the PAK-TA, the next-generation heavy airlift aircraft.

It remains to be seen where and how the VDV will be used. Ideally, though, they will never see combat action. The very fact of their existence is a factor that has to be taken into account by every other major power, and may well be sufficient to dissuade them from pursuing policies that would result in the winged infantry being sent into action.