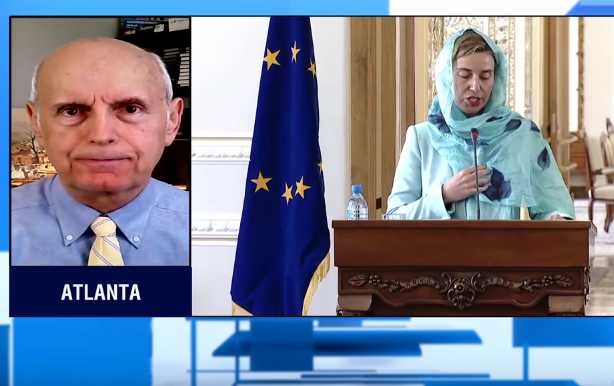 [ Note: I am surprised that we don’t see more hell being raised in the EU, with the US trying to throw a monkey wrench into some of its trade deals with Iran, over fears of US banking sanctions coming out of the woodwork with big fines.

After two years of negotiations to get the Iran nuclear deal done, now the US is playing games on the implementation. If a Democratic regime is doing this now we can just imagine what a Republican one would do. I wonder is Goldman Sachs is going to popup and start selling sanctions insurance soon.

This is really a challenge to EU sovereignty to do international business without US permission on a deal where German, France and Britain also sign on to. You just can’t make this stuff up… JD ]

Iran says the United States should not impede its access to the global financial system, which was the goal of the nuclear deal with the P5+1.

Speaking at a joint press conference with European Union Foreign Policy Chief Federica Mogherini in Tehran, Zarif said under the terms of the deal, the US has undertaken not to prevent non-American banks from dealing with Iran.

He called on the West, the US in particular, to meet its commitments, in practice not just on paper. The top diplomat said Iranian people want to see the tangible outcomes of the deal. For her part, Mogherini hailed Iran for living up to its commitments with regard to the nuclear agreement.