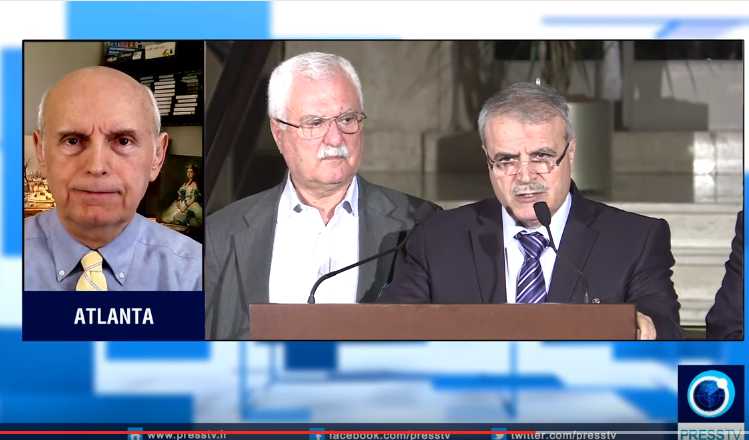 The Saudi HNC opposition geniuses have now let us know their response to the Syrian Parliamentary elections, which is to end the ceasefire by calling for attacks on the Syrian allied forces in Aleppo. They feel they have everybody else over a barrel thinking they can kill the talks by bailing out and cranking the war up.

But they forgot one thing. The war never stopped. We all knew some of the opposition groups would use the ceasefire to regroup and rearm, get more TOW missiles and yes, the threatened MANPADS to take aircraft down. Their handlers are desperate to kill the peace momentum, because if they don’t that means they lose.

The spotlight will be on de Mistura now to see how much independence he has, if he can chuck out the High Negotiation Committee or its spokesman for the continued breach of demanding preconditions to the talks. If de Mistura allows this to continue, then that means the talks have been hostage the whole time, which will not go down well with the world public who has invested a lot of time following this closely.

The Syrians have to secure Aleppo and Idlib, as those are major industrial areas, and once clear, the Syrian army will be free to block Turkey and the Gulf States from resupplying the remaining terrorists inside Syria. The terrorist supporters are smart enough to know this, so they will want to tie the peace talks up in knots until it dies from inaction.

The Syrian opposition’s chief negotiator has called for renewed attacks on government forces amid a shaky ceasefire deal between the Syrian army and militants.

Senior negotiator of the Saudi-backed High Negotiations Committee Mohammad Alloush published the remarks on his Twitter page. He said the Syrian government should not be trusted and the opposition should strike the army wherever possible.

An opposition fellow of Alloush has reacted to the remarks saying the statement is personal and does not represent the HNC’s position. It’s been a couple of days since representatives of the government and the Saudi-backed opposition are in Geneva attending a fresh round of Syria peace talks brokered by the UN.