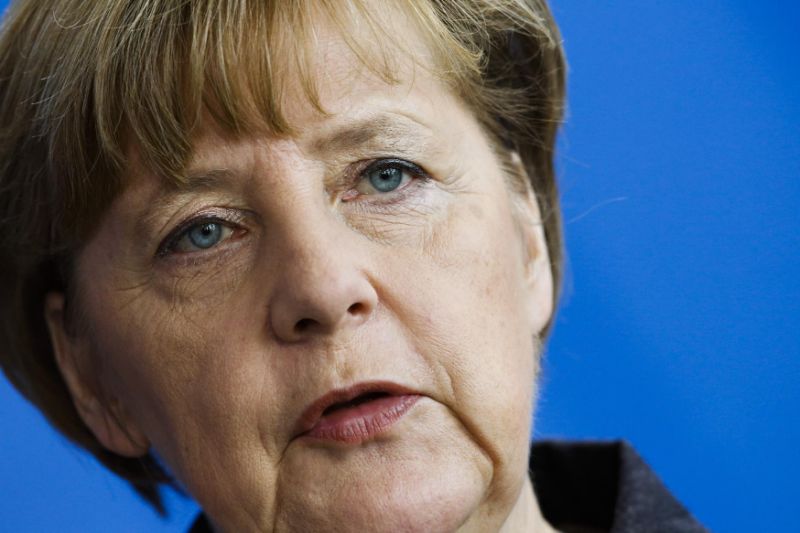 [ Editor’s Note: My my, the iron lady has handed Erdogan a Turkish domestic PR victory by her wiping her feet on Germany’s freedom of the press. The big shock in all this is not that two thirds of Germans regretted Merkel’s kissing Erdogan’s fanny in public like this… but that 22% of them support her. They can’t all be Muslim immigrants who love authority figures, so what’s up with that?

The other good news is that the comic’s TV channel is going to give him legal support, although it waited to see the huge outpouring of support from the German artist and journalist community first.

Here in the US, corporate media would generally fold up its tent at the slightest squeeze from the advertisers. And if it were the Israeli Lobby, they would burn down the tent to show repentance.

We will now have a wonderful show in Germany, as the two thirds face off against the 22% plus Merkel. This will be a bleeding wound for her, with every announcement of this silly case proceeding.

It is a dream come true for her opposition, and they had better make the best use of it, as Merkel is the wrong leader in the wrong place at this time. Please Germany, a new leader please… Jim W. Dean ]

A recent survey revealed that only 45 percent of Germans are satisfied with the policy of German Chancellor Angela Merkel. Moreover, two-thirds of respondents oppose her decision to start an investigation into German satirist Böhmermann’s case, German newspaper Die Zeit reported.

Earlier, Turkish authorities sent the German government an official note in which they asked Berlin to prosecute German satirist Jan Böhmermann for mocking Turkish President Recep Tayyip Erdogan in his poem, which he performed during a TV show on the German TV Channel ZDF.

The prosecution of the journalist could be started only with the special permission of the German government, which after long consideration was issued last week.

Following the decision, the popularity of German Chancellor Angela Merkel has fallen by 11 percent in mere days. According to a recent ARD survey, only 45 percent of respondents are satisfied with the policy of the country’s leader, compared to 56 percent of supporters in early April.

The majority of Germans have criticized the decision of the federal government to start prosecution of the German satirist on charges of “insulting governmental institutions or representatives of another state”.

According to a survey carried out by the German newspaper Bild am Sonntag, 66 percent of the respondents oppose the prosecution, arguing that it would infringe on the press freedom in the country, while only 22 percent of those questioned view it as the right decision.

Many prominent German artists and journalists have expressed their solidarity with Böhmermann and called on the country’s authorities to immediately stop the inquiry.

In his poem, which Böhmermann performed on March 31, he harshly criticized the Turkish leader for his policy using insulting phrases such as “President with a small d*ck” and “Most of all he likes to f*ck goats and suppress minorities”.

Although, the ZDF first removed the poem from its multimedia library perceiving it as insulting, it now has promised Böhmermann its full legal support during the investigation.

“We will go with him through all instances,” ZDF-representative Thomas Bellut told German magazine Spiegel Online.

For its turn, the magazine also criticized Merkel’s move arguing that she does not make any effort to give in to Erdogan’s eccentric demands.

“What has remained of the Chancellor who was once honored by the US President for her commitment to freedom? Böhmermann’s case shows: Angela Merkel doesn’t fight enough for human rights,” the magazine noted.