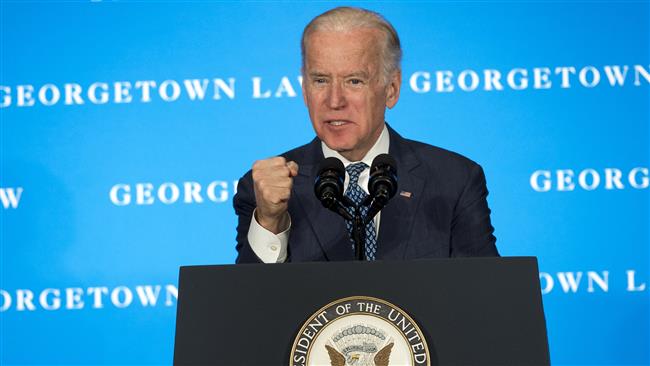 [ Editor’s Note:  That the US administration has taken issue with Israel’s settlement policy is not a story in itself. That is a broken record that we have heard over and over. But putting the focus on Netanyahu is the story as his attack is not on Israel the people, but on its leadership.

By attacking Bibi publicly like this in front of a well known Jewish advocacy group in DC for a two state solution waves the green flag for everyone else to begin attacking and then Bibi and the Likuds call us all anti-Semites and Jew haters that want to drive them all into the sea. He is inviting them to “bring it on”.

But missing, as always, is any mention of what the US will do to effectively change its support of Israel in the non-verbal areas, cash and military support. The Zionists extremists could not care less where, for domestic political consumption US administrations want to whine about the settlement policy. Even Bush (43) did it…as long as the US “never does anything about it”.

This is also a challenge to the American people to visibly get behind demanding that the US really do something, testing the waters if there is public political support to make that move. The public historically tends to miss that connection, that politicians like to see that when going up against the AIPAC lobby chain saw that the public is behind them.

And lastly, we have to ask “why is he saying his now”, when we are approaching the convention season in an election year? I can only say that his is putting the issue right on the table to see if the public will rise to the occasion or just sit and watch as it usually has. Let me know what you think in the comments… Jim W. Dean ]

In a speech to the Israel advocacy group J Street on Monday, Biden called the settlements an obstacle to a two-state solution, and denounced Israeli moves under Netanyahu as “counterproductive” to the Tel Aviv regime’s security.

“Settlement policies are hurting support for Israel and moving us further away from a two-state solution,” Biden said.

“I firmly believe that the action Israel’s government has taken over the past several years – the steady and systematic expansion of settlements, the legalization of outposts, land seizures – they’re moving us, and more important, they’re moving Israel, in the wrong direction,” Biden said.

“They’re moving us toward a one-state reality, and that reality is dangerous,” he continued.

The presence and continued expansion of Israeli settlements in occupied Palestine has created a major obstacle for the efforts to establish peace in the Middle East.

More than half a million Israelis live in over 120 illegal settlement colonies built since Israel’s occupation of the Palestinian territories of the West Bank and East al-Quds.

The United Nations and most countries regard the Israeli settlements as illegal because the territories were captured by Israel in a war in 1967 and are hence subject to the Geneva Conventions, which forbids construction on occupied lands.

In his speech, Biden also urged young American Jews to reject efforts to “delegitimize Israeli” and to speak out more forcefully against what he called the growth of anti-Semitism in Europe.

Kerry was referring to the global Boycott, Divestment, and Sanctions (BDS) campaign against Israel’s policy of occupation, colonialism and apartheid.

The boycott campaign against Israel began in July 2005 by 171 Palestinian organizations, calling for “various forms of boycott against Israel until it meets its obligations under international law.”

Supporters of the movement include a growing number of American Jews. They have called such criticism a fearmongering and divisive tactic meant to prevent legitimate debate about the Israeli occupation of Palestinian lands.