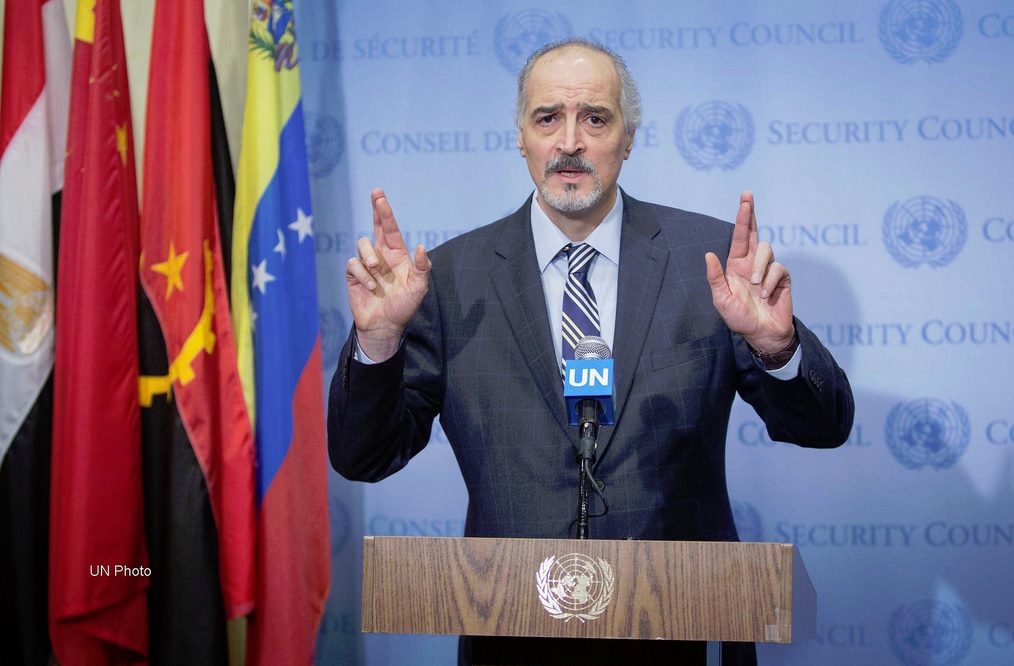 [ Editor’s Note: The Syria opposition continues to insist on their initial preconditions to the peace talks that Assad must surrender and step down before anything starts. We are way too far into this for de Mistura to allow the precondition demands to continue holding up the process.

“No preconditions” were a key part of the Geneva agreement that all the parties signed onto. To let the opposition and Saudi Arabia to unilaterally just ignore it and hold the peace talks hostage is the kind of thing that makes the UN look like a chump.

The High Negotiation Committee we so confident they have the talks over a barrel they have exited themselves, “temporarily” for now, saying that no political progress was being made so there was no point for them to be there, meaning…”you have not obeyed our demand hat Assad step down first”.

This is the perfect time for de Mistura to chain the locks on the peace talks door and move ahead. The last paragraph below states he is meeting with two smaller opposition parties. We should learn during this session whether he will move ahead with those willing to negotiate, or begin begging the HNC people to come back.

On the battle front Lasrov has come out strongly that the US has curtailed Turkey’s supplying it terrorist proxies along the border and in the Aleppo area to the extent they have been launching counter attacks to threaten Damacus’ supply lines there.

The opposition then has the gall to claim that the Syrian Army fighting against these counter attacks is breach of the ceasefire agreement. You just can’t make this stuff up, but it seems they can… Jim W. Dean ]

Syria’s chief negotiator in peace talks with the foreign-backed opposition says Damascus is prepared to discuss the formation of a new inclusive unity government but the future of President Bashar al-Assad remains off limits.

Bashar al-Ja’afari, who also serves as Syria’s ambassador to the United Nations, made the remarks in an interview with AFP in Geneva on Tuesday.

“A broader unity government is the only topic of discussion here,” Ja’afari said. However, the Syrian ambassador added, “It is not in our jurisdiction, it is not within our prerogatives” to talk about Assad’s fate.

The latest round of indirect UN-brokered negotiations on the Syria crisis began in Geneva, Switzerland, on April 13. Five days later, however, the main opposition High Negotiations Committee (HNC) suspended its formal participation at the talks in protest at what it called escalating violence in the Arab country.

Ja’afari criticized the opposition’s move as “childish and adolescent behavior.”

During the Geneva discussions, Staffan de Mistura, who is the UN special envoy for Syria, floated the idea of President Assad remaining in power in exchange for the opposition’s nomination of three Syrian vice presidents.

The opposition dismissed the proposal while Ja’afari took a similar position, saying the Damascus government was unequivocally against such an initiative.

That idea “will never be discussed in any upcoming session because it is not within the authority of the negotiators in Geneva,” the Syrian diplomat said.

The opposition insists on Assad’s resignation, saying he cannot be part of any transitional or interim government. On the contrary, the government says the fate of Assad is a red line and only the Syrian people can decide about it.

Meanwhile, De Mistura said the peace talks would continue despite renewed violence in Syria threatening a fragile truce on the ground.

The ceasefire, brokered by the US and Russia, went into effect on February 27 across Syria, excluding terrorist groups such as the Takfiri Daesh and al-Qaeda-affiliated al-Nusra Front.

Later Tuesday, de Mistura is expected to meet the ceasefire monitoring taskforce after talks with two smaller opposition groups that are present at the Geneva negotiations.