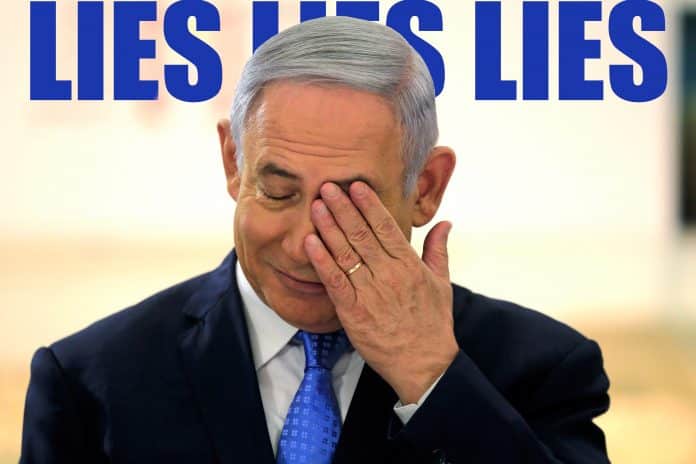 You really can’t make this stuff up. If you did observe some of the events leading up to 9/11 and how the media beat the war drum to drag America and much of the West into a bloody conflict with Iraq, then you have to shake your head and ask a deeper question: what would people like Plato or Aristotle or Kant say about our modern age, which is littered with what Kevin Barrett would have called reptilians and “psychopathic space lizards”—people who refuse to submit their ideological appetite to logic and reason?

The Neoconservatives and their favorite marionette George W. Bush repeated ad nauseam that Saddam Hussein did have some connections to 9/11. Back in 2003, the Zionist media was basically reporting to the entire nation that

“Saddam is omnipotent and omnipresent: he is under your bed; he’s in the bathroom; he’s by your window setting up explosives; he’s taking your kids captive; he’s observing every step you take.”

But by 2006, the real marionette Bush came out and basically said, “Oops. We lied. Sorry.” But to save his sinking ship, Bush had to formulate new and improved lies:

“I am often asked why we are in Iraq when Saddam Hussein was not responsible for the 9/11 attacks. The answer is that the regime of Saddam Hussein was a clear threat. My administration, the Congress, and the United Nations saw the threat – and after 9/11, Saddam’s regime posed a risk that the world could not afford to take. The world is safer because Saddam Hussein is no longer in power.”[1]

We all know that this man was not and is still not living in the real world. Is the world really “safer because Saddam Hussein is no longer in power”? Can anyone with even an ounce of common sense look at Iraq now and say that it is a safe zone?

Last January, CNN itself reported that in less than two years, 19,000 civilians already lost their previous lives in the region![2] Has the West been mourning for those people? And aren’t we honestly saying that some lives are better than others?

You see, the Neoconservative/Zionist/Neo-Bolshevik narrative simply does not make sense. Bush had to deliberately lie to the American people in order to send thousands upon thousands of Americans to Iraq and to die for the Neoconservatives, who took their orders from Israel[3] and who always look for fresh blood in the Middle East.

“Saudi Arabia has told the Obama administration and members of Congress that it will sell off hundreds of billions of dollars’ worth of American assets held by the kingdom if Congress passes a bill that would allow the Saudi government to be held responsible in American courts for any role in the Sept. 11, 2001, attacks.”[4]

Think about this for a moment. The real terrorist state is Saudi Arabia, and America has been defending that country’s terrorist crimes from time immemorial. More recently,

“the State Department ignored thousands of civilian casualties from the Saudi-led bombing campaign in Yemen and overlooked the widespread use of illegal cluster munitions by the bombing coalition.

“Saudi Arabia launched an air campaign in Yemen last March after Houthi rebels in Yemen threatened the rule of the Saudi-backed president. The Saudi military has been widely criticized for targeting civilians, destroying homes, schools, and hospitals, and using internationally banned cluster munitions.

“The Obama administration has supported the Saudi-led campaign throughout, providing the coalition with intelligence and selling them at least $20 billion in weapons since the campaign began in March.”[5]

Not a single Neoconservative or flaming Zionist has come out and said that we need to bomb Saudi Arabia. But we are being told ad nauseam that Assad is the man who ought to be removed from power, despite the fact that he won the 2014 election by a landslide.[6]

Once again, perhaps these people need to call philosopher Harry G. Frankfurt and ask him about his 2005 book.[7]