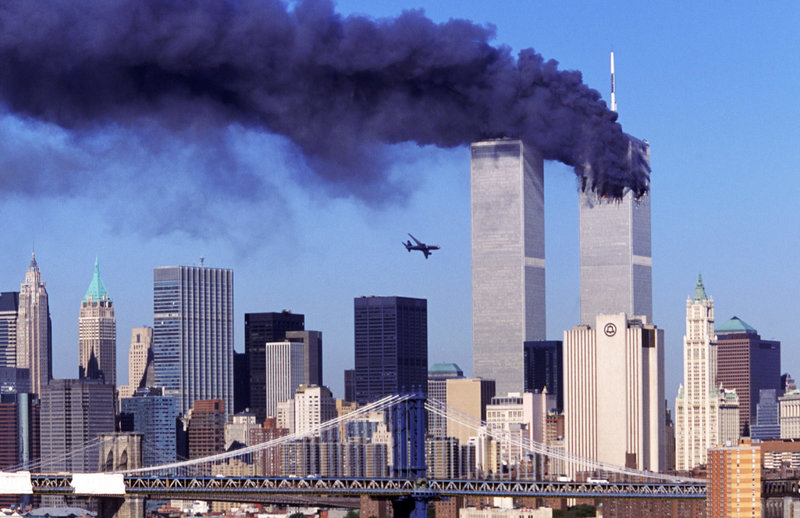 Will the push to declassify the secret 28 pages, and the JASTA bill allowing 9/11 family members to sue foreign governments, lead to re-opening 9/11? Will the 9/11 perps rat each other out? Will truth and justice finally prevail?

Such are the questions raised by this week’s amazing developments; for more information about how you can help see HR14.org and 28pages.org  Meanwhile, here are my two latest Press TV interviews.

Israeli, Saudi role in 9/11 covered up by US: Analyst

Press TV has interviewed Kevin Barrett, a political analyst and a founding member of the Scientific Panel for the Investigation of 9/11, in Wisconsin, to discuss recent developments regarding Saudi Arabia’s role in the September 11, 2001 attacks in New York that killed about 3,000 people.

The following is a rough transcription of the interview.

Press TV: You yourself have been part of the movement to get the truth about 9/11 out and those responsible held accountable. What do you make of these current events?

Barrett: Well, this is a very exciting moment because many of us in the 9/11 truth movement have been pushing to try to get mainstream media attention to get the politicians interested in this issue for more than a decade. And now suddenly we have a media feeding frenzy, since the premier mainstream TV investigative journalism show 60 Minutes covered the 28 pages scandal last week.

There is mainstream media feeding frenzy and there is a huge push to declassify these 28 pages and what is really important about this is that not only it is going to reveal that Saudi Arabia had a role in the 9/11 attacks, but perhaps more importantly that the Saudis who had [did have]  the role were close friends of the Bush administration working with American agencies and that the Saudis were not the only foreign government involved and the Israelis played a much bigger role than the Saudis did.

I certainly hope that all of that will come out once we use the 28 pages issue to pry open the larger 9/11 can of worms.

Press TV: Well, I would like to pick on that point a bit further as far as the Saudi role when it comes to the 9/11 attacks; how imperative is it that that gets disclosed and discussed?

Barrett: Well, it is critically important because the thing is many of these other issues lack documentary proof in the form of official US government documents.

We know that they blew up the World Trade Center and it was a controlled demolition. It was certainly not a collapse based on fire but we do not have a US government document that says that. We do, however, have these 28 pages that detail the fact that there was a very close Saudi relationship to these alleged 9/11 hijackers and that that was then classified and covered up by the Bush administration and by the 9/11 commission which of course was a cover-up commission.

So we have documentary proof of a cover-up and that is critically important in getting legal action, getting laws passed, getting investigations and getting action in court. And once serious investigations of 9/11 begin and there are courtroom proceedings with discovery, witnesses who can be brought in and grilled under oath the whole thing could very well just explode and it would be the biggest scandal ever to hit the United States.

Press TV: Why do you think President Barack Obama is so insistent upon not letting this through?

Barrett: Well, I think when he came into office he kind of had a deal with the elements of the previous administration which was that he was not going to hang them for their war crimes. You know, that has been essentially the understanding I think and so he is still covering up for the crimes of the Bush administration and I’m sure he knows and everybody else who is paying attention knows that if this 28 pages issue really is picked up and is declassified and the public sees that in fact these alleged 19 hijackers were backed not only by foreign governments but by parts of the US government.

This is going to lead to questions about why President Bush was smoking cigars with Bandar Bush in the White House right after 9/11 celebrating.

So it is just a gigantic powder keg of political dynamite waiting to explode and I can’t wait till it explodes because the United States is in terrible shape right now and we need the kind of shock treatment that the 9/11 truth would bring us.

US President Barack Obama must be in a “backroom deal” with the Bush administration officials to cover up the truth through opposition to declassification of 28 pages of a 2002 congressional report, which could implicate not only Saudi Arabia but “perhaps” the US government and the Israeli regime, says Kevin Barrett, an author and political commentator.

The US president has chosen to “cut that backroom deal and say we are not going to prosecute the crimes of the Bush administration in the post-9/11 era,” Barrett said in an interview with Press TV Tuesday, as congressional efforts were still underway for a bill that could allow US citizens to sue the Saudi government for its involvement in the September 11, 2001 attacks.

However, Barrett noted that the redacted pages of Joint Inquiry would “completely overturn” the official narrative about the terrorist attacks as it could also show “US support” for the hijackers and “if more truth comes out” it could even implicate Israel.

Obama, who has voiced opposition to the declassification and the bill, is “afraid of the repercussions,” Barrett said, calling his position “outrageous,” particularly given he emphasized on it Tuesday before leaving for Saudi Arabia without any knowledge of what the pages have to offer.

“He hasn’t even bothered to read those top secret 28 pages,” said Dr. Barrett, who has a Ph.D in Arab and Islamic studies and is one of America’s best-known critics of the so-called war on terror, adding that Obama “has so little interest in the actual facts of 9/11.”

Riyadh has also taken the upper hand by threatening to sell up to $750 billion in US assets if the truth emerges.

“Obama is part of the cover-up team. He probably doesn’t really want that to happen and indeed many people of the United States in positions of power and authority are terrified of the possibilities for destabilizing the American system if the truth of 9/11 comes out.”