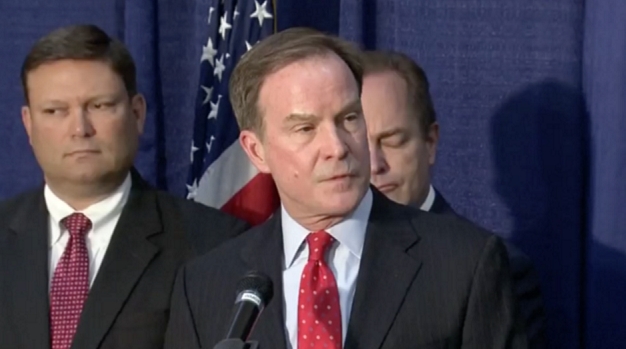 Scenes from the ongoing crisis involving lead-tainted drinking water supplied to the residents of Flint, Mich., by the state.

The Flint water crisis has become a criminal case, with two state regulators and a city employee charged with official misconduct, evidence-tampering and other offenses over the lead contamination that alarmed the country and brought cries of racism.

For nearly 18 months, the poor, majority-black city of 100,000 used the Flint River for tap water as a way to save money — a decision made by a state-appointed emergency manager — while a new pipeline was under construction. But the water wasn’t treated to control corrosion. The result: Lead was released from aging pipes and fixtures as water flowed into homes and businesses.

He warned there will be more charges — “That I can guarantee” — and added: “No one is off the table.”
Gov. Rick Snyder didn’t acknowledge the problem until last fall, when tests revealed high levels of lead in children, in whom the heavy metal can cause low IQs and behavioral problems.

Michael Prysby, a former district engineer with the state Department of Environmental Quality, and Stephen Busch, a supervisor in the department’s drinking water office, were charged with misconduct, conspiracy, tampering with test results and misdemeanor violations of clean-water law. The felonies carry maximum penalties of four to five years in prison.

Read more at the Courant