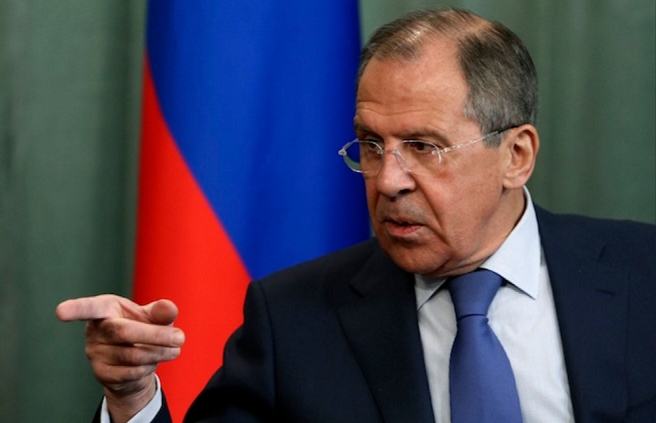 “According to our information, they [the Turks] are digging in a few hundred meters from the border inside Syria,” Lavrov told a Russian broadcaster on Sunday according to AP.

He did not give any specific detail nor did he elaborate on this claim but he also added that Turkey has already given itself the right to set up a “safe zone” in northwestern Syria between the Kurdish cantons of Afrin and Kobani to stop them joining together.

His comments come as Turkey continues its crackdown against the Kurdistan Workers Party (PKK) in its own country. Turkey has argued that the two main Syrian Kurdish groups, the Democratic Union Party (PYD) and the Peoples Protection Units (YPG) are inextricably tied to the PKK.

It began to bombard the YPG with artillery as that group advanced against Islamist groups in northwestern Syria last month forcing them back from Azaz. Ankara claims it has stopped these cross-border bombardments following the implementation of the ceasefire in Syria on February 27 claiming to only target ISIS positions after that date.

Turkey is resolutely opposed to the Syrian Kurds joining of Afrin and Kobani and invariably says the 500,000 people, many of them Turkmens, who live in the 60-mile stretch of territory between those two cantons, the Jarablus-Azaz line (the site of the long proposed Turkish safe zone Lavrov alluded to), do not want these Kurdish groups on their territory.