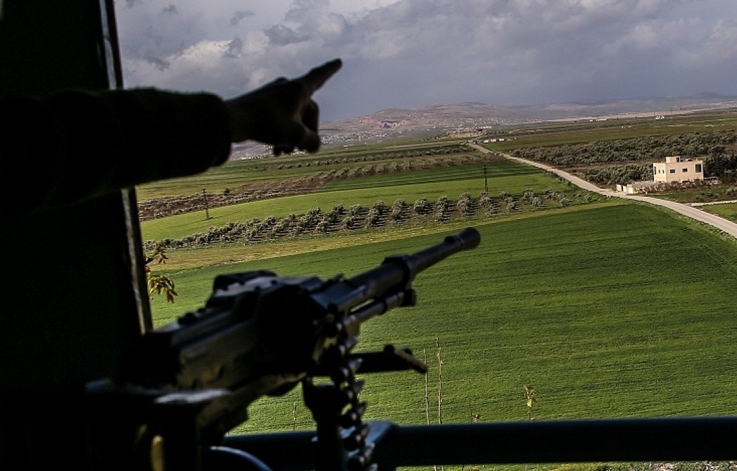 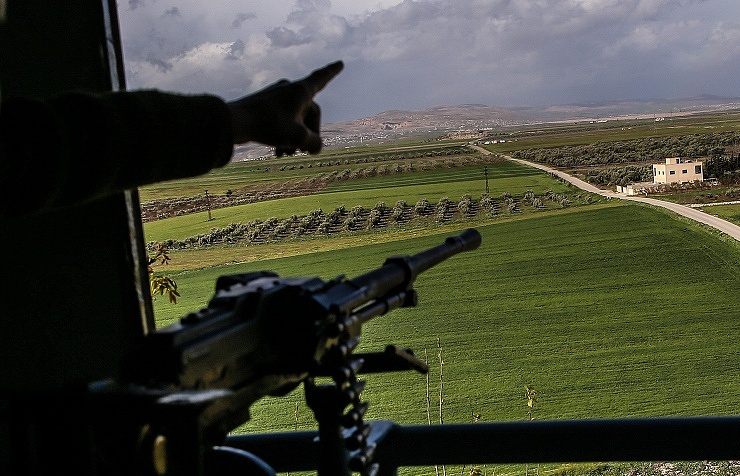 MOSCOW/TASS/. The armed conflict in Syria is growing, especially to the north and south of Aleppo, Russian Foreign Ministry spokeswoman Maria Zakharova told a press briefing on Thursday.

“Unfortunately, tensions along the line of engagement in Syria are growing,” the diplomat said. According to her, this especially occurs to the north and south of Aleppo. “However, the cessation of hostilities announced on February 27 is observed in general,” Zakharova said.

According to Zakharova, terrorists are making a desperate attempt to undermine the Syrian political process.

The diplomat noted that Turkey’s authorities also “pour oil on the flame” by actions on the Syrian-Turkish border. According to Zakharova, the Turkish border guards kill unarmed people, including women and children, rather than terrorists and supporters of the Islamic State group. The spokeswoman has also accused Turkey pursuing course towards destabilizing the situation in Syria and covering up extremists’ actions.

“Turkey, with the tacit consent, and, we do not rule out with support from or direct connivance of its allies and partners, is pushing ahead with the policy of shaking loose the situation in Syria,” she said. “In some cases, overtly or covertly, Ankara is conniving with extremists and terrorists, entrenched in Syria and backs them in their unlawful actions. Russia has repeatedly informed the public of these crimes through various resources.”

“Since the beginning of February four memos were circulated as official documents through the UN Security Council to expose Turkey’s role in supporting terrorists in Syria,” Zakharova recalled. “In their focus is the illegal trade in hydrocarbons with the terrorist organization Islamic State (outlawed in Russia), the recruitment and assistance to the cross-border movement of foreign terrorists and militants in Syria, on the illegal supplies of weapons and ammunition to Syrian territory held by the Islamic State and the smuggling of antiquities. All these documents are available on the UN website.”

“Amazingly, these documents, containing detailed description of the most sophisticated schemes, have not yet drawn the attention of world mass media, even those known for their investigative reports, whose journalists work in the Middle East and are accredited at the United Nations,” Zakharova said. “One has the impression that they were told to turn a blind eye to this set of problems, to firmly ignore it.”

“We would like to draw attention to these documents. We do hope that the facts stated there will arouse interest and journalists’ efforts will make them a matter of concern for the world public.”

HNC walkout of Geneva talks could 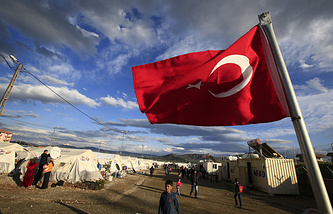 lead to confrontation in Syria

The diplomat said Russia considers the decision of the Syrian opposition’s HNC, which is backed by Ankara, as the intention to line up with the actions of jihadists on the ground.

“We believe that this threatens to result in the failure of the hammered out political process under the auspices of the United Nations in Geneva. This could lead to the resumption of a total armed confrontation in Syria,” Zakharova stressed.

Zakharova said there is the lack of “constructive approaches” on the settlement in Syria, adding that the policy of pre-conditions has turned into the policy of direct blackmail.

“We call on all the international forces to use their authority for political settlement in Syria, pushing the Syrians for compromise decisions as is said in the documents of the International Syria Support Group, in particular,” she said.

On April 18, the HNC formed in Riyadh announced that it takes a pause at the Geneva talks in response to the continuing shelling carried out by the government forces, the lack of progress in solving the humanitarian issues and the refusal of the government delegation to discuss a plan of setting up an interim government without Syrian President Bashar Assad.

Some HNC delegates left Switzerland but the others remained in Geneva to continue taking part in technical consultations.