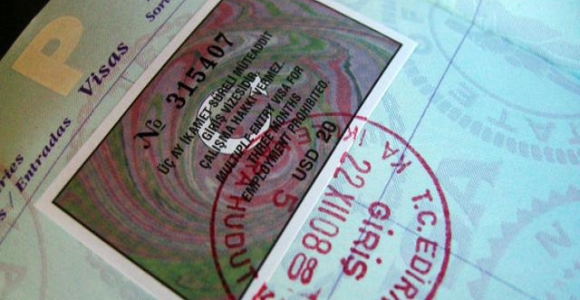 [ Editor’s Note: Showdown time is coming, and I don’t think Erdogan will shy away from turning the refugee spigot back on if the unfulfilled visa requirements are not waived. He has to play Mr. Tough Guy to keep his domestic support up with the EU.

But if they are waived, then the next request to be demanded will be the long list of hoops for EU membership. If the Syrian conflict winds down this year, there will be a lot of out-of-work experienced throat slitters looking for a new job. They could easily be mixed in with the refugee flow.

Might Erdogan think that the EU would keep shelling out the 3 billion Euros a year to keep the bad guys in Turkey, say fighting the Kurds, or infiltrating them into post-conflict Syria to keep some mayhem going there? He has moved 5000 fresh troops into NE Syria to make sure he can keep the border crossing points open that he needs to keep Damascus on the ropes fighting for Aleppo in a war of attrition.

Will the Russian airpower come back if Erdogan insists on holding NE Syria, with the Saudis sharing the costs? Would the EU, UN or US do anything about it if he did?

Why does Washington and the EU continue to see Assad as the big threat to the region, when Erdogan has become more of a loose cannon than the Zionists? … Jim W. Dean ]

Turkey has met less than half of the conditions required for its citizens to be granted visa-free travel to the European Union, according to an EU official. The country has until the end of the month to reach the benchmarks laid out by Brussels.

The chance at visa-free entry into Europe for Turkish citizens is being offered in return for Ankara’s vow to take back all illegal immigrants who cross into Greece from Turkey.

Marta Cygan, a director in the European Commission’s Migration and Home Affairs unit, told the European Parliament on Thursday that Turkey has now satisfied 35 of the 72 conditions entirely or almost entirely.

“The Turkish authorities have definitely been accelerating the implementation of administrative and legal reforms allowing them to fulfill the requirements,” she told lawmakers, as quoted by Reuters.

The country has until April 30 to meet the necessary requirements, which include sharing more information on fraudulent documents used to travel to the EU, issuing biometric passports, and granting access to its labor market and other services to non-Syrian refugees seeking shelter in the country.

The country’s backlog of around 140,000 asylum applications must also be reduced, and Ankara must establish an independent body to monitor rights abuses by law enforcement and government authorities.

Turkey must also lift visa requirements on Cyprus, which it does not recognize as an independent state. The European Commission is scheduled to report on May 4 whether Turkey has met the benchmarks for visa-free travel.

The deal between Ankara and the EU went into effect on March 21. Under the agreement, illegal migrants reaching Greece from Turkey are returned. In exchange, the EU agreed to take thousands of Syrian refugees directly from Turkey.

The EU has also agreed to grant Turks the ability to travel to the bloc visa-free, if the specified conditions are met, as well as accelerate Ankara’s bid for EU membership. It pledged to provide US$3.3 billion to help Turkey deal with refugees, along with a possible further $3.3 billion provision in 2018.

Arrivals of migrants and refugees to Greece have dropped since the agreement went into force. However, Ankara has threatened to terminate the deal if it is not granted visa-free travel to the EU in June.

The European refugee crisis has placed serious strain on the EU, and the deal is seen as a way to alleviate a significant portion of the pressure. Over a million asylum seekers arrived to the continent in 2015, mostly from Syria, where a civil war has killed 250,000 people and displaced more than 12 million since 2011, according to UN figures.

But although the EU seems eager to keep the deal intact, the agreement has been highly criticized by human rights groups, which have questioned whether Turkey is a safe place for migrants to be returned to. That skepticism was strengthened after Amnesty International revealed that Turkey has returned thousands of Syrian refugees to the war-torn country since mid-January.