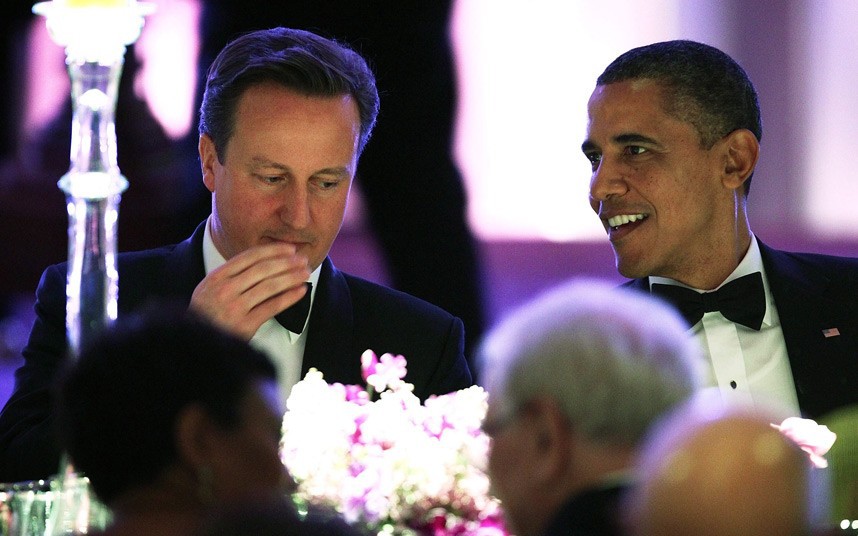 At the bottom of all the controversy of the Brexit is the following:

International “free trade” agreements such as the TTIP and the TTP which will override the National Sovereignty of any country who signs them, the Constitution of any country, their Constitutional law courts and any laws that any government may or may not make regarding health regulations, minimum wage regulations or environmental requirements. Far from being Capitalism with checks and balances restricting monopolies, it is a form of Corporate Fascist hegemonic colonialism and Corporate Empire building, eliminating all competition in the interests of monopolies.

The European Union is currently negotiating the Transatlantic Trade Investment Partnership with the USA.

If the TTIP goes ahead, companies like Monsanto, a leader in genetically modified seed products will flood the European Union, where in many countries it is currently banned, and farmers will be forced to use their products.

Any organic food competitors can and will be sued in private “free trade”corporate courts should either the farmers or government regulations attempt to override these “free trade”agreements especially if such actions cut into not only their current corporate profit margins, but their projected profit margins.

Corporations can sue governments for any loss of income due to laws demanding rehabilitation for damage done to the environment. Fracking for shale oil is a prime example.

Also keep in mind that although many tax havens around the world have been severely curtailed in the last two years, the USA (Nevada, South Dakota and Wyoming) has become the world’s leader in tax havens and not subject to the open policy laws that US itself has imposed on countries like Switzerland.

Most of these corporations who are part of the Corporate Fascist New World Order have already set up trusts and shell companies and vehicles to funnel all profits into these tax havens and will not be liable under “free trade” TPP and TTIP agreements to pay any tax at all to any country in which they operate.

Should the UK opt out of the EU, they will in turn opt out of any and all TTIP agreements. No doubt Canada, Australia and New Zealand will be sure to follow as will all Common Wealth countries.

The UK, Canada and Australia have also joined the Asian International Infrastructure Bank  and intend being part of the new Silk Road project that will link Beijing and Vladivostok with Lisbon by fast rail. The question really is, would it be more economically  viable to align with the Silk Road or with the USA Corporate Vampire Squid?

The USA has not joined the AIIB.

Central to the EU and the TTIP is Goldman Sachs.

Goldman was a major contributor to bribes paid to congressmen (legal in the USA and called “donations to political figures) in order to get the TPP fast tracked, while ex Goldman Sachs “missionaries,”still loyal and answerable to the Goldman Sachs “we rule the world”credo, have been placed in positions of influence throughout the globe and are the hand that guides the policies of all central banks.

The Federal Reserve Bank, which consists of one-quarter Goldman Sachs representatives, does not make a move without Goldman Sachs approval.

Mario Draghi of the EU is answerable to Goldman Sachs and it was Goldman who was largely responsible for the destruction of the Greek economy.

The head of the Bank Of England is now an ex Goldman who threatened the UK with a devaluation of the British pound by as much as 20% should the UK leave the EU.

“Next time there’s a financial meltdown, your money could be rescuing Goldman Sachs. Yes, thanks to a new deal struck by Mark Carney, the former Goldman man now running the Bank of England, the US investment bank could end up enjoying the next round of British taxpayer bailout money. (The Independent, 20 August 2015)”

Goldman Sachs is a major contributor to the Clinton 2016 presidential campaign and Bill Clinton warned that if the UK leaves the EU, there will be trouble in Northern Ireland. What kind of trouble? A covert proxy civil war using Roman Catholics against Protestants and funded by the CIA, as they have done in Syria with ISIS?

Last but certainly not least, Goldman Sachs is an advisor to the Vatican Bank and the Pope.

If Goldman Sachs “rules the world” and according to Roman Catholicism, the Pope owns the planet, all bodies on the planet and all souls, does Goldman tell the Pope what to do or does the Pope tell Goldman what to do?

What we have here is a repeat of 2,000 years ago. Caiaphas the High priest (Pope), the Herod Kings (King of Brussels), the money lenders of the temple (Goldman Sachs)  and the Roman legion (The US military industrial complex) all complicit in a Corporate Fascist international takeover that has been replicated on the model of the  Vatican City, the City Of London and Washington D.C. The TPP and the TTIP are their brainchild.

Those who forget their history are doomed to repeat it.

Now keep the following in mind. The current King of Brussels (the pedophile capital of the world and the capital of the EU parliament) is a descendant of the Emperor of the Holy Roman Emperor (800 A.D. – 1806), an Empire that once controlled the whole of central Europe and came under the authority of the Pope. Pope Leo III crowned the first Emperor Charlemagne who was believed to hold supreme power inherited from the emperors of Rome.

If the UK breaks away from the EU:

They will be doing what Scotland did when they told Rome to shove it and refused to hand over William Wallace in the 13th century and as a result were the first country on earth to be excommunicated by the Pope;

What Henry VIII did when he did not wait for the Pope to excommunicate him and excommunicated the Pope instead by instituting the independent Anglican Church separate from Roman autonomy;

And Queen Elizabeth 1 who told the Pope in no uncertain terms that the Gaelic countries converted to Christianity long before Rome did when Joseph of Arimathea traveled to Ireland, Wales, England and Scotland in the 1st century A.D and therefore none of them were answerable to a Pope who 1,000 years later under the not so Innocent III (1161 – 1216), wrote Papal Bulls that gave him the right to own the earth and everything on it and declare himself Christ’s sole representative on earth.

Tertullian (AD 155–222) wrote in Adversus Judaeos that Britain had already received and accepted the Gospel in his lifetime, writing, “all the limits of the Spains, and the diverse nations of the Gauls, and the haunts of the Britons – inaccessible to the Romans, but subjugated to Christ.”

A Brexit which will result in the UK no longer being bound by the TTIP  has a long history behind it in the interests of Nation State Sovereignty, the Magna Carta, and their own Constitution that goes back more than 1,000 years.

Some of those who are opposed to remaining in the EU and Obama’s threatening directives to the contrary had this to say:

100 members of the British Parliament wrote a letter  telling Obama to stay out of British politics:

“It has long been the established practice not to interfere in the domestic political affairs of our allies and we hope that this will continue.

While the U.S. administration may have a view on the desirability or otherwise of Britain’s continued membership of the EU, any explicit intervention in the debate is likely to be extremely controversial and potentially damaging.

We hope that you will persuade President Obama from becoming embroiled in what is a highly delicate, sensitive and important issue for the British people.”

“I think overall the sense here and certainly the sense that I am getting from people is there is really a question about interference.

And we certainly don’t have any control over our borders. I think, people like me who want to vote to get out of Europe – we don’t actually want Obama over here. I’d rather see someone like Donald Trump come over because at least he has a firm line on immigration.”

The NHS, National Health Service which is funded by tax payers money is now being sold out to private corporate insurance companies one of which involves Mitt Romney and Bain Capital.

#Obama has done himself no favours with the British public. Advising us on #EU membership is one thing, threatening us is another. #Brexit