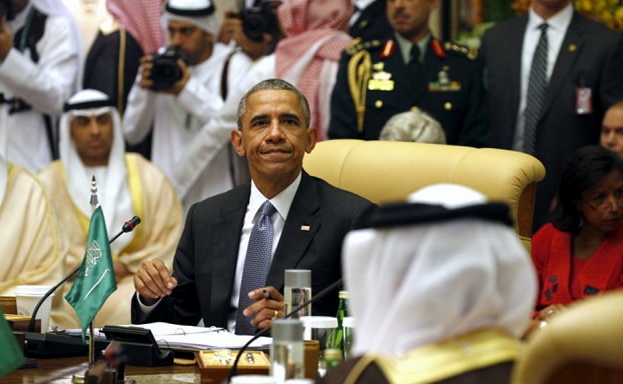 04/22/2016 07:27 pm ET – WASHINGTON — President Barack Obama just concluded a closely watched visit to Saudi Arabia. No major announcements or developments emerged from his meeting with the Kingdom’s leaders, and some commentators suggested that the apparent coldness between Obama and the Saudi heads of state is a plus.

That means that when Obama returns to the U.S., he’ll still be able to sell the idea that he’s bringing reason and change to the decades-old, perennially troubled and increasingly unpopular American partnership with Saudi Arabia.

With the Kingdom attracting more bad press recently — because of its disastrous actions in Yemen, and because of activism by the families of people killed on Sept. 11, when 15 of the 19 hijackers were Saudi — that’s not a bad way for Obama to be viewed.

Obama’s policies toward Saudi Arabia have a lot to do with the Kingdom’s rash recent decisions — particularly the massacre of Yemeni civilians, including children, in a yearlong, U.S.-backed war that has helped al Qaeda develop a mini-statemaking millions of dollars a day.

Understanding why means understanding a number: sixty billion. In dollars, that’s the low valuation of how much U.S. weaponry the Obama administration has allowed to be sold to Saudi Arabia, according to Bruce Reidel, a senior fellow at the Brookings Institution think tank who closely watches the Kingdom.

In fact, the figure could actually be as high as $90 billion, Reidel noted in an event at Brookings Thursday. In comparison, President George W. Bush approved $20 billion for the same purpose.