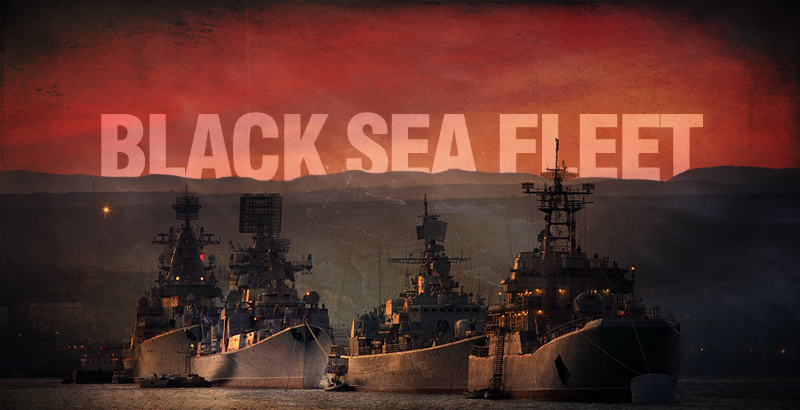 While the most headline-grabbing Russian ships of the past couple of years have been the powerful little Buyan-M missile corvettes which, in spite of being less than 1,000 tons in displacement, are capable of launching long-range cruise missiles at ISIS targets and other threats to Russian national security, their larger cousins are still relatively obscure.

The Burevestnik, or Project 11356, is derived from the Cold War-era Project 1135 anti-submarine frigates which were built in large numbers in the 1970s and the 1980s. After the end of the Cold War the design was modified for export to India, and in the last decade after additional modifications it was adopted by the Russian Navy which ordered six vessels for the Black Sea Fleet from the Yantar shipyard in Kaliningrad.

Additional three ships of this class are being planned for the Pacific Fleet in the more remote future. The first two ships of the class, Admiral Grigorovich and Admiral Essen, have entered service in March and April 2016, respectively, the third, Admiral Makarov, is undergoing factory tests and will likely enter service by the end of the year, while the remaining three ships, Admiral Butakov, Admiral Istomin, and Admiral Kornilov, have been delayed by Ukraine’s refusal to deliver gas turbine engines from the Zorya-Mashproyekt plant in Nikolayev.

While Russian firms will be eventually able to produce the required engines themselves or provide the ships by different ones, unless the relations with Ukraine improve in the foreseeable future the last three ships will be delayed by at least a couple of years.

Nevertheless, even the three frigates that will be in service by the end of 2016 represent a potent surface force and a major modernization of the Black Sea Fleet. These are ships with a very balanced design, having anti-ship, anti-land, anti-air, and anti-submarine capabilities in equal measure. Like the Buyan-Ms, each frigate carries 8 UK-SK launch cells for Kalibr and Oniks anti-ship and cruise missiles, with the Kalibr family also including an anti-submarine torpedo-carrying missile.

Air defense is provided by the medium-range Shtil-1 system, a naval version of the Buk-M, with 36 ready-to-launch missiles in vertical cells. For anti-submarine combat, the ship carries an anti-submarine helicopter, 533mm torpedoes, and anti-submarine depth charges that also serve as its anti-torpedo active defense.

These frigates as well as the six more powerful Project 22350 frigates under construction for the Northern Fleet will provide the medium surface ships for the Russian naval task forces, bridging the gap between the small missile corvettes and light frigates, and heavy missile cruisers and the aircraft carrier. Currently that function is served by the aging Sovremennyy and Udaloy destroyer classes built in the 1980s.

While the frigates are only half the size of the older destroyers, they are far more capable than either of the destroyers. While the Sovremennyys have a powerful anti-air and anti-ship armament, they lack anti-submarine weapons. Udaloys, on the other hand, are specialized anti-submarine ships with weak anti-ship capability and only short-range air defenses.

The frigates also compare favorably to contemporary European frigates and are vastly superior to the US Littoral Combat Ships. They assure that should the Russian Navy be required to send a sizable naval task force to a remote part of the world for a lengthy deployment, it will have the necessary surface assets at its disposal.