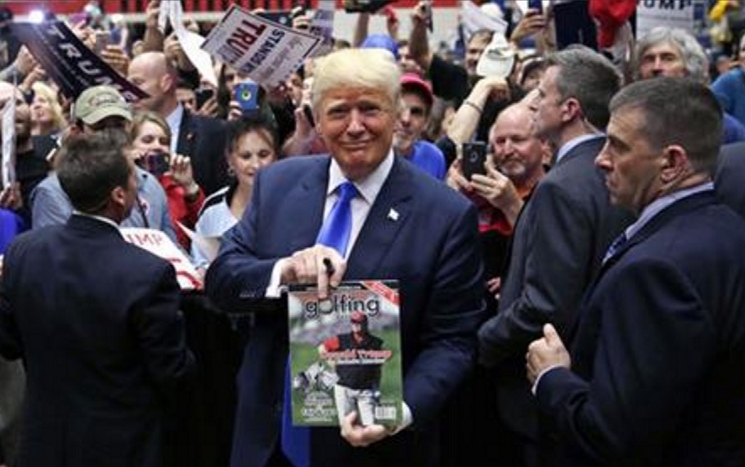 The political battlefield is strewn with corpses. One man “goes into this thing, he’s competing against senators and governors at the highest level of our nation”, Donald Trump declared of himself in the third person on Friday: “And one by one they get knocked off.”

“Bom, bom, bom, bom. Now I’m left with two guys. Hardly two guys. Maybe you could say one. A half and a half.”

If this were Game of Thrones, the fantasy epic that returns for a sixth series on both sides of the Atlantic on Sunday, Trump would be describing some gory dismemberment. But in America’s Republican party equivalent, the businessman obsessed with gold has slashed his way through a field of 17 election candidates, as contemptuous of foes as Tywin Lannister, the patriarch of Westeros’ most wealthy family.