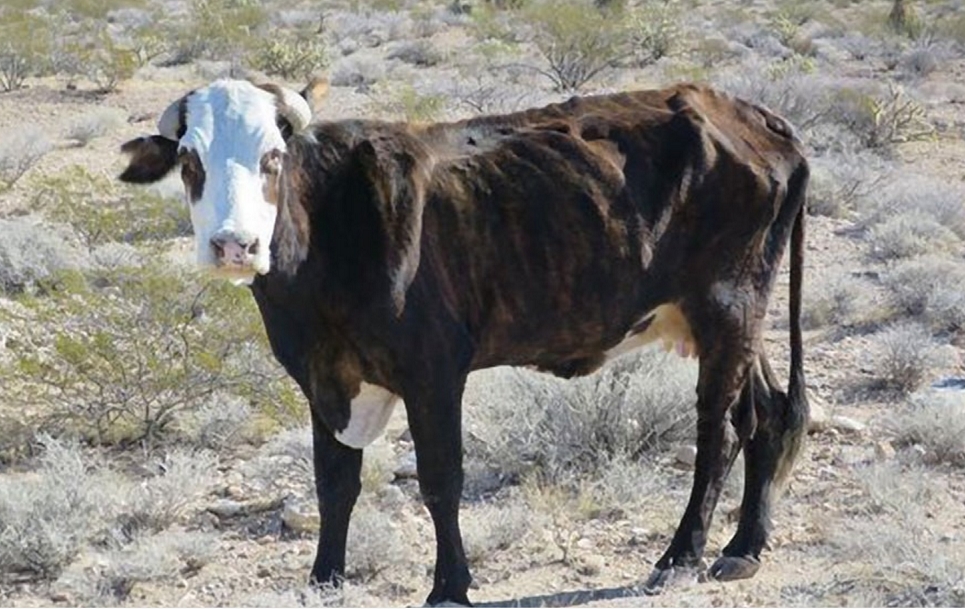 by Jen Hayden
Deadbeat rancher Cliven Bundy has long been criticized for the “management” of his herd of cattle. The Justice Department noted that his hands-off approach to the herd was borderline cruelty:

The Justice Department describes Bundy’s ranching operation as negligent to the point of cruelty in sending half-wild cattle to graze illegally on protected lands without supervision. Unvaccinated and susceptible to illness, the cattle have little contact with humans and Bundy often has no idea where they are, the government said.

The cattle were left out during harsh winters, according to the Justice Department memo, their lives coming down to “fighting off predators and scrounging for the meager amounts of food and water available in the difficult and arid terrain that comprises the public lands” in the Nevada desert.

With winter behind us and the calendar well into the spring months, Bundy’s cows are still roaming the Nevada desert. Untreated, unvaccinated and with very little food or water. Due to Bundy’s negligent “management” over time, the herd has grown from 150 cattle to an estimated 1,000 cattle. And many are apparently slowly starving to death in the Nevada desert.