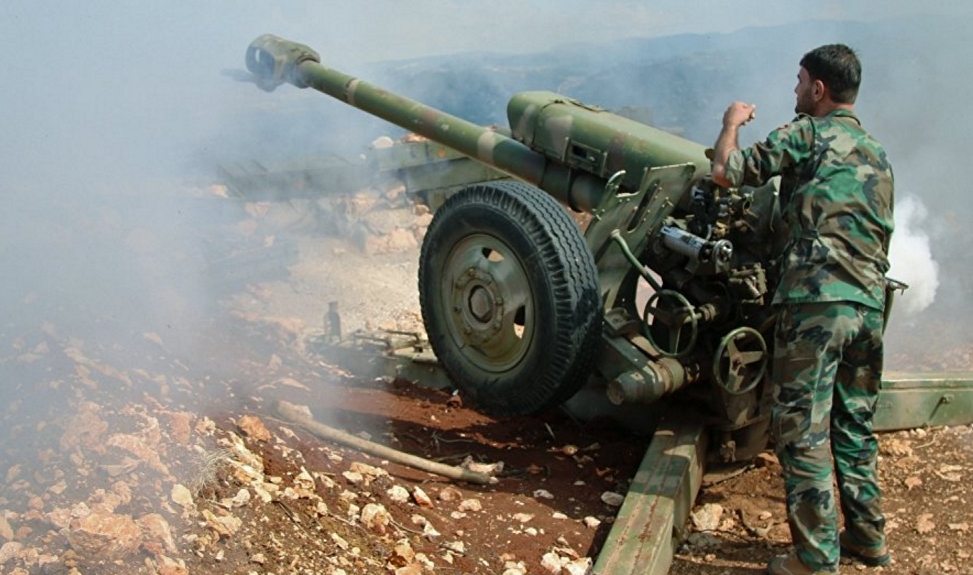 The Syrian Army and the country’s National Defense Forces launched fresh attacks against Daesh strongholds in the central province of Homs, forcing the terrorists to retreat from their positions.

FARS quoted military sources as saying that the Syrian troops attacked Daesh forces in the territories between the recently-liberated cities of Quaryatayn and Palmyra and along the strategically important Palmyra-Raqqa highway, in an assault that lefty dozens of terrorists dead and many more wounded.

“A number of hilltops have been recaptured in the Bardeh Mountains and the government forces have started to fortify their positions in the newly-captured lands,” the sources said.

The new attacks came shortly after reports that the Syrian Army and the NDF have considerably advanced against Daesh terrorists in the eastern part of Homs province, restoring security to more regions near Palmyra and deploying their troops near part of Homs Province which is considered the most energy-rich region in the country.

Quaryatayn, to the west of Palmyra, was liberated earlier this month; in August, 2015 Daesh terrorists captured the town, abducted 320 of its citizens including 60 Christians, and destroyed a 1,500 year-old Christian monastery.

According to the sources, “the Syrian government forces pushed the ISIL terrorists back from a long chunk of Palmyra-Raqqa the highway and have positioned their forces around the Arak oilfields.”

“The rapid advances of the Syrian Army and popular forces against Daesh in the eastern part of Homs province will end the terrorist group’s rule over the oil and gas fields,” the sources added.

Syria has been mired in a civil war since 2011, with forces loyal to the country’s President Bashar Assad fighting a number of opposition factions and extremist groups, including Daesh and the Al-Nusra Front, which have been blacklisted as terrorist organizations by many countries, including Russia.

In February 2015, the UN Security Council unanimously adopted Resolution 2268, endorsing a Russia-US agreement on the cessation of hostilities in Syria; the ceasefire came into force shortly thereafter, on February 27, and fighting throughout much of the country subsided. However, Daesh and the Al-Nusra Front were not included in the truce.

Between September 30, 2015 and March 14, 2016, the Syrian Army’s anti-terror efforts were backed by an extensive Russian air campaign. During that period, more than fifty Russian warplanes, including Su-24M, Su-25 and Su-34 jets, conducted precision airstrikes on Daesh and Al-Nusra targets in Syria at the behest of President Assad.
However, on March 14 Russian President Vladimir Putin announced that the Russian Aerospace Forces unit had fulfilled its mission in Syria and that its withdrawal would begin the following day. Nonetheless, Russian air power was used by Assad’s forces in the liberation of the ancient city of Palmyra.

Moscow will maintain a military presence in Syria, although a deadline for a complete pullout has not yet been announced. Putin also indicated that Russian forces will remain at the port of Tartus and Hmeymim Airbase.