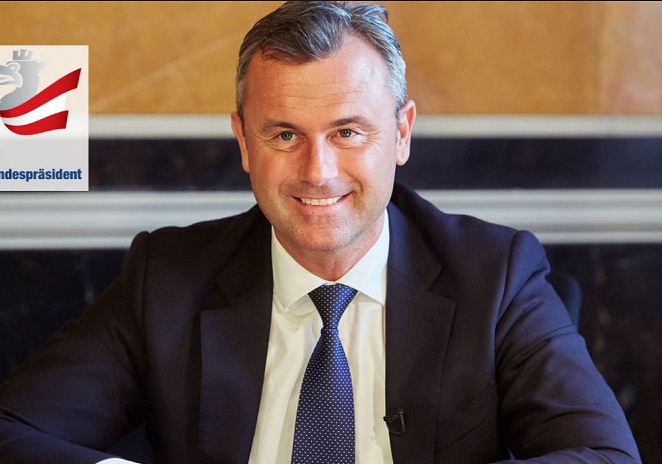 Presidential elections are being held in Austria. Norbert Hofer, representative of the Austrian Freedom Party, who advocates Crimea’s recognition as a Russian one, and abolition of sanctions against Russia, won the elections, gaining almost 37% of the voters.

Beside that, he significantly outrun Alexander Van der Bellen, who was supported by the Greens (about 20%), and an independent candidate Irmgard Griss (about 19%).

Both candidates of the ruling coalition didn’t make it to the second round of elections either.

Heinz-Christian Strache, Chairman of the FPÖ, claimed that ‘it’s a beginning of a new era. It’s absolutely evident that voters are utterly disappointed with acts of the current government. I’m sure that Norbert Hofer will defend interests of the Austrian people as he becomes a President”.

An Austrian President is a ceremonial person, however he is Commander-in-Chief of the Armed Forces, and what is most important, he can appoint a federal chancellor and members of the government.

The FPÖ advocates orthodox family values, euroskepticism, and has a hard stance on migrants.

What about Hofer himself, he has been responsible for energy and ecology for a long time, as well as for issues regarding disabled people. He is a great admirer of weapon. He believe that it is just essential for the Austrians to get armed for their security given the influx of migrants.

Hofer also does not share policy of the political establishment towards Russia. He claimed in March that the Crimea should have been Russian after the USSR collapsed. Moreover, the presidential candidate believes that such a referendum could be held in Donbass.