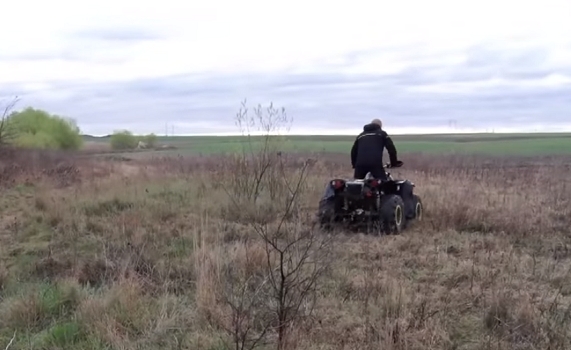 Bulgaria increasingly looks like a land left to the mercy of fate. No Man’s Land, as a popular TV program is titled. No, it is not just because of a stagnant economy and corruption, and not even because of vigilantes hunting migrants down.

It is neither because of self-proclaimed patriots – some of whom openly admit to willing to be “left alone” with migrants they detain to beat them up or even do something worse – nor because of that part of citizens who support them. It is not difficult at all to understand the inhabitants of small Bulgarian towns and villages, lying right next to the borders with Greece or Turkey or anywhere else far from big cities. Many of them openly dislike the idea of migrants crossing from Greece or Turkey, arguing their homes will be plundered, their lives might be in danger, and a real invasion might be looming.

This might sound like something barbaric to a Western European; but take a rural area facing – like other similar areas in Bulgaria – depopulation and economic stagnation, with recurring problems in law enforcement. For many years residents of such places have felt neglected by any kind of authorities, isolated, with strings of petty crimes constantly questioning the rule of law. Besides, most of them grew up in an age when people trying to cross into or out of the country would normally be shot at, and an incident like the one in October would never make any headlines.

Looking at them, especially in a situation where media outlets (for elderly people, mostly TV and this or another local newspaper) fill up their air or pages with catastrophic reports about a forthcoming “invasion” because sensation always sells, one can’t imagine why their way of thinking should be reproached. Whatever could make up for their perceived lack of security will be welcomed by them.

Perhaps there are also some volunteers sincerely believing they are helping the state – those cannot be blamed for choosing to patrol along the border and watch out for migrants; but nor can one condemn those “heroes” to whom media fame (or money?) is the only thing that matters.

If someone is to hold the blame it is who allowed them to go on undisturbed.

In mid-February, a 29-year-old man named Dinko Valev, from the southern town of Yambol, was shown by bTV [BG], one of the two biggest TV broadcasters of Bulgaria, during what he described as a mission he had embarked on seeking to “defend” his homeland. Patrolling along the border, he said he had been able to capture “at least 20 migrants with his own bare hands”.

“We are about to see a star, a superhero… Dinko Superhero, in the next story,” the anchor of bTV’s breakfast show said seconds before the first report about him was shown. Valev, thus portrayed in a positive light, could clearly be seen and heard proposing that volunteer squads should be set up, receiving money for any “perpetrator” they detained.

Novinite chose not to make people like Valev happy by providing coverage, hoping his fame would die out on its own. Unfortunately, other local media picked up the story. The spare parts trader, roaming around on his ATV, turned famous in a day, “inspiring” many social media users and “patriotic” groups to declare their admiration for the example he was setting.

One of Valev’s “disciples”, the so-called Organization for Protection of Bulgarian Citizens (OZBG) apparently surpassed “the master”: on April 03, while walking around in the woods near the border, with a crew of NOVA, another big TV station, OZBG spotted a group of 23 migrants and alerted border police. According to their own version of events (something not self-evident from No Man’s Land, the TV program that later showed [BG] the development), border police mistreated them by checking their documents and questioning the TV’s right to take footage. It was only an hour later that a military truck arrived taking away the 23 migrants.

Bulgaria’s Prime Minister Boyko Borisov for his part made a welcoming comment on the patrols arguing any help to border police was valuable.

OZBG did not boast any “aggression” on the migrants in question – unlike the video footage released a few days later, showing another case of “citizen’s arrest” where three migrants are seen lying on the ground with their hands tied behind their backs.

All of a sudden, the government began backtracking: the Interior Minister, the border police chief (who said the the actions shown in the footage were “unlawful”), even the head of a nationalist party that supports the cabinet distanced himself from the “thugs” who in his words were doing their patrols for money and fame.

The question of whether the government should have awarded OZBG at all is wrong;

it should not have encouraged voluntary border patrols in the first place.

Not just from a human rights perspective, but even from the one of the rule of law the cabinet so much claims to be abiding by in its own treatment of migrants. You cannot leave even part of national security, of which borders are an essential part, to vigilantes at a moment you are claiming border security has been stepped up to the utmost level relevant to the situation, with the country “fully prepared” to deter migrants. It is one thing for law enforcement agencies to be accused of “pushbacks” ofmigrants back into Turkey, with no proper evidence presented but testimony, and another thing to show how powerless a government is if it allowed self-proclaimed hunters to get that far. Even  those who believe the “hunters” who tied migrants‘ hands behind their backs did nothing particularly evil have a question to ask themselves: what could the vigilantes do while there is no camera? And will it only be related to the detention of migrants, especially having in mind that some of the “migrant hunters“, such as Petar Nizamov (the man behind the footage of citizen’s arrests), have a criminal past?

Nevertheless, the government faced a tough choice when elaborating an approach to the issue.

“Volunteering citizens” helping to “preserve law and order” across the country are not a new idea: after incidents involving migrants in Bulgaria’s capital Sofia several years ago, the proposal of forging a team of citizens to ensure safety was subject to much debate. Back then, it had been embraced by a number of nationalist organizations and political parties. Now VMRO (the other big party in the Patriotic Front coalition which backs the government) has not yet had a public stance on the citizen’s arrest – its silence, given its vociferous approach to any migrant-related issue lately – tells more than a thousand words.

All of a sudden, Prime Minister Borisov stands alone in his lack of condemnation – a man always ready to adapt his opinion to any new development, especially in light of possible official criticism from the West which he is always careful to avoid.

Two hypotheses emerge, and both might be correct at the same time. The first is that by resorting to populism, the government desperately tried to win back some trust among voters who feel increasingly disenfranchised with state institutions. It tried to play with people’s fears to make up for the lack of statehood in regions where many feel the state has not been present for quite a lot of time – practically, anywhere out of the big cities. Not acting against, and de facto endorsing, volunteer squads plays to this end.

The second, with border police officials citing staff shortage and the strain it is putting on its personnel in times of a migrant crisis, and a possible inflow, is that authorities really pin their hopes on the helping hands of vigilantes.

If any of these is true, it means we are witnessing the actions by a Bulgarian government that delegates responsibility seeking to unload part of the burden off its shoulders, or appeal to a hypothetical electorate of “the people”, or both, and ending up losing not only respect at home and abroad, but also sovereignty that it pretended to be protecting.