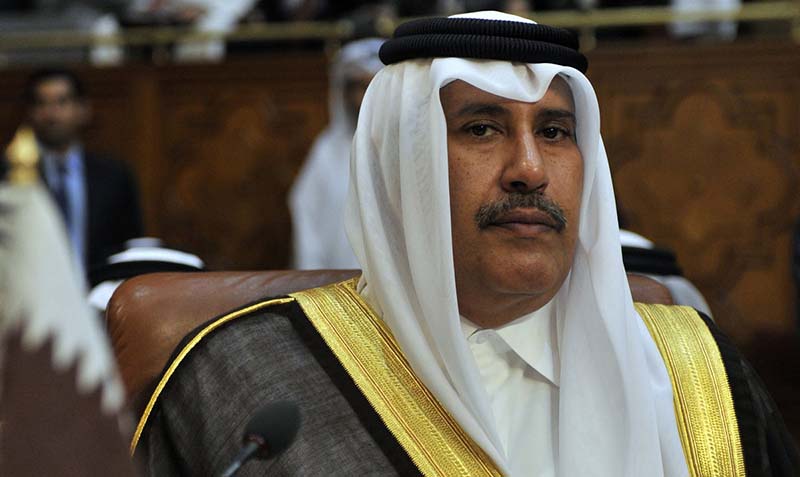 In a recent interview with Financial Times, Hamad bin Jassim bin Jaber Al Thani, the former Foreign Minister of Qatar, talked about the country’s crucial role in escalating the Syrian Civil War. Despite the legal burden and great importance of the interview, there was not a sufficient feedback from Arabic or western media.

The only exception is an article published in “Anha” News Agency, in which Trad Alomari, writer of the article, asked US, Saudi and Qatar authorities to confirm or deny the alleged interventions.

“What happened in Syria was not a revolution, but an international dispute between world powers.” Al Thani told the Financial Times. He also stressed on US role in paving Qatar and Saudi’s road to Syria adding “I will tell you the untold, when we started to interfere in the Syrian political scene, we were sure that Qatar will soon take the leadership, and that was partly due to Saudis’ reluctance of a clear interference in the country. But the game changed when Saudi monarchy decided on a direct intervention and asked us to take a back seat. This had led to a competition between us and them.”

The unprecedented confessions brought a different perspective to the story, spoiling the old tale told and retold by Saudi and US authorities. Claims suggesting that it is a revolution, Bashar Assad is killing his own people, Iran is the main reason for instability in the region, Syrian Opposition is truthful, or “high commissioners’ are determined in reaching a political solution in Geneva.

It is noteworthy that the statements will have legal or even criminal aftermaths for Saudi Arabia, Qatar and United States, and Syrian government can file a legal claim asking for trillions of dollars as a ransom for reconstruction.