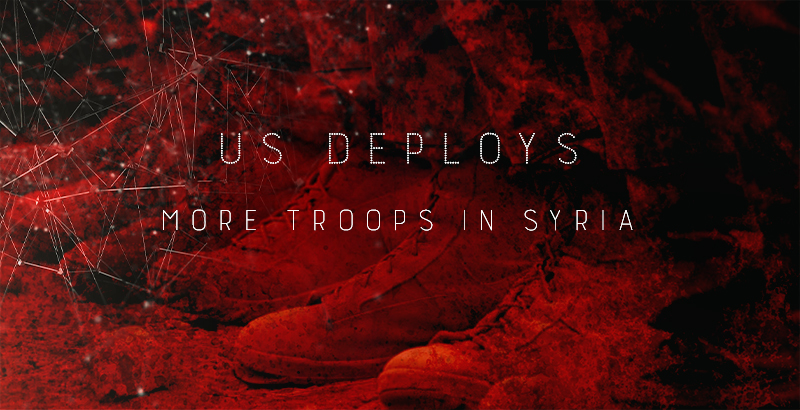 On April 24, Syrian forces launched a military operation in the Bala Farms located in rural Damascus to liberate the area controlled by the Jaysh Al-Islam militant group. Bala Kadimah became the first target of the advance covered by artillery units and warplanes. This operation is a part of wider strategy aimed to cut the militants’ supply routes to the East Ghouta.

The Syrian Arab Army has reportedly received a banch of new-generation man-portable battlefield surveillance radars for company level, called “Fara-1″. The report came from Russian media outlets which cite each other. The FARA-1 detects moving targets (personnel and vehicles) against background of earth and water surfaces at a distance of 4 km. The FARA-1 is lightweight, not bulky, and can be carried by one man. It is multifunctional, and can be used as a radar sight for automatic weapons, or as a reconnaissance tool.

On April 24, U.S. President Barack Obama has ordered 250 additional soldiers to be deployed to Syria boosting the U.S. military presence up to 300 personnel. The US sent 50 special forces troops to Syria last year and, according to reports, a contingent of the new force would also be special forces. We remember, Obama has also said in the past that the US plan to defeat Islamic State would not “involve American combat troops fighting on foreign soil”. Thus, the White House confirmed SouthFront’s prediction that the so-called “Kurdish advance” on the ISIS capital of Raqqa will involve directly the US military contingent as a spearhead. Considering that the operation is planned by the US military and supported by the US Air Force, it is clear that the Pentagon no longer hopes that it’s possible to liberate Raqqa without direct involvement in the conflict.