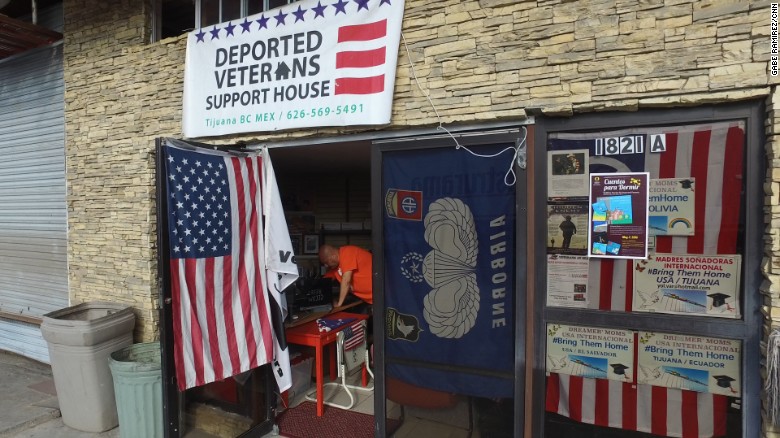 Tijuana, Mexico (CNN) – In a strip mall on a dusty street, a group of U.S. military veterans gather. Like any group of old soldiers, they joke, swap stories and keep each others’ spirits up. But they aren’t in Texas or California. This isn’t a local VFW. This is Tijuana, Mexico a place most of these men barely knew before being banished here.

These veterans consider the United States home. Mexico is not the country they swore to protect before shipping off to boot camp.

The gathering place is called the Deported Veterans Support House or “The Bunker.” It’s a safe house for deported veterans founded by a deported U.S. veteran in 2013. That veteran, Hector Barajas, was brought to the United States from Mexico by his parents when he was seven years old in 1984. He grew up in Compton, California and like many kids, he dreamed of being a soldier.
He held a green card so he was able to enlist with the hopes of earning citizenship. But the Army was more than a means to an end for Barajas. He really loved being a soldier and proudly served in the 82nd Airborne Division from 1995 to 2001.
CLICK TO READ FULL STORY >>>>